IS-Khorasan in Afghanistan: The new menace on the extremist block 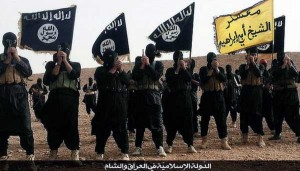 Facing challenges on many fronts, Afghanistan is battling various anti-state forces at once. Caught in spiralling insecurity, the conflict-ridden nation now faces the latest anti-state element to have taken shape in the so called Islamic State.

Claiming allegiance to the larger Syria-Iraq based terrorist outfit Islamic State of Iraq and Syria (ISIS, Da’esh or IS), the Islamic State in Afghanistan — which goes by the name of IS-Khorasan — has since 2015 become a matter of grave concern not only for the country but for the nations around it. It is believed that this group is composed of disaffected, and maybe even disenfranchised, members of the Afghan Taliban. Many factors are reported to have gone into its making, such as the in-fighting within the Afghan Taliban following the confirmation of the death of its first leader, Mullah Omar; resentment with the string-pulling by the Pakistani establishment, and the ideological appeal of ISIS that claims to be the ‘true’ representative of ‘true’ Islam.

Functioning mostly out of Afghanistan’s eastern province of Nangarhar (located primarily around the Spin Ghar mountain range, east of Jalalabad), the actual operational ties between the ISIS and IS-Khorasan and its structural composition are still not clear. Various views have emerged regarding this ‘branch’ of ISIS, and quite frequently.

The Afghan authorities have been quick to deflect the blame on the ‘Pakistani deep-state’, claiming, and not without basis, that those fighting under the IS banner are of Pakistani-origin. In fact, according to reports, many members of this outfit are believed to have their roots in the Pakistan-based Tehrik-e-Taliban Pakistan (TTP). It has also been observed that its ranks also consist of members from the Islamic Movement of Uzbekistan. In the same breath, findings have hinted to the IS-Khorasan having garnered allegiance from within Afghanistan as well. For instance, the US-led mission in Afghanistan has neither dismissed IS-Khorasan’s Afghan roots nor its potential connection with the ISIS working out of Syria and Iraq.

Given their proclivity for conducting sectarian-specific executions and bombings — a dimension that the Afghan Taliban has regularly denounced and has claimed that it will not indulge in — and their style of operation, all of this speaks of a possible ISIS influence. Yet, given the massive web presence of the ISIS (through its mouthpiece ‘Amaq’; social media presence of the outfit and those of its followers and the tailor-made propaganda material made for the region, ‘Fateh’, etc.), it is equally possible to believe that the group that has emerged in Afghanistan has styled itself along the lines of IS without actually belonging to the larger group to gain greater ideological sanctity, and maybe even allegiance.

Furthermore, as IS finds itself on the back-foot in its own territory, it has been quick to claim any (and every) instance of terrorist act as its own doing. Therefore, it is quite unclear if the ‘IS menace’ that has been spreading its wings in Afghanistan is indeed an extension of the ghastly ISIS. What is pretty clear, however, is that IS-Khorasan has become a major concern for Afghanistan and the countries around it, particularly for Iran and Russia.

Lacking in operational numbers (some reports peg it between 1,000 and 3,000 fighters) when compared to the Afghan Taliban, IS-Khorasan has still managed to rattle Afghanistan (and Pakistan) on quite a few occasions. Be it the IS-style beheading of Hazara travellers along the Ghazni route to the bombing of Hazara protestors in Kabul and targeted attacks on Shia shrines across the country, IS-Khorasan has claimed responsibility for many such deadly incidents. Wary of the implications that their actions will have for an already feeble security situation in Afghanistan and the spill-over effect it will have for the countries around it, reports have surfaced about talks and possible (informal) alliances that might emerge to deal with this deadly outfit.

It has been reported that Russia and Iran have been in ‘talks’ with the Afghan Taliban to fight IS-Khorasan, particularly as the former group sees the latter group as a challenger to its ideology and, therefore, its claim of being ‘the’ legitimate representative of a ‘true’ Islamic Afghanistan.

In a changing geo-political order that has emboldened Russia on many counts; the country has made no bones about its “limited political contact” with the Afghan Taliban. In fact, Russian Ambassador to Afghanistan Alexander Mantytskiy in his address to the Afghan senate committee on international relations had revealed that his country is engaging with Taliban to “ensure safety of Russian nationals and encourage the Taliban to engage in peace talks [with Kabul]”, albeit “not intensively”.

Iran, on its part, has been accused by the Afghan government of conducting secret dealings with the Afghan Taliban. While the Iranian government has denied these allegations, the fact that the second leader of the Afghan Taliban, Mullah Akhtar Mansour, was killed in a US drone attack along the Iran-Pakistan border, carrying a passport that is reported to have had an Iranian visa stamped on it, makes it tough to believe that the once-foes are not working in cahoots against their ‘new’ common enemy.

Anti-IS militias are also being promoted in Afghanistan both under the direct auspices of the Afghan government and without it too. It is interesting to note that such local militias had once been promoted to fight the Afghan Taliban after its ouster in 2001 with the intent of keeping them from coming back. These militias, back then, had received the support of the US-led mission (Enduring Freedom) and formed what was called the ‘Afghan Local Police’. Whilst, theoretically working in coordination with the Afghan National Army and the international forces, these groups did not take a lot of time to transmute themselves into extorting local platoons whose aim was to keep their coffers overflowing and power secured.

With a new enemy in sight, such militias are once again being promoted and armed to stave off the threat that IS-Khorasan is posing. Apparently, the Afghan National Directorate of Security (NDS) has rolled out a programme – People’s Uprising Programme – with the intent of enrolling locals to fight the IS from occupying more territory in Afghanistan. It has been reported that this programme is turning out to be successful as not only locals are joining this initiative (the ‘salary’ factor cannot be ignored here), but that they have also managed to repel IS attacks in many provinces. In fact, local militias loyal to individual government functionaries, such as the one in Nangarhar that works on the command of the erstwhile military commander in the Afghan National Army and the present Deputy Speaker of Afghan Parliament, Haji Abdul Zahir Qadir, have become a common sight in a country that is infamously known for its warlord culture.

The government of Afghanistan plans to use these anti-Da’esh militias — covertly funded by the US Central Intelligence Agency (CIA) — against the Afghan Taliban in the near future in the hope that IS would soon be defeated. However, for now, it is interesting to note that the Afghan government and the Afghan Taliban are working with an understanding that they shall not fight each other along those frontlines where they are being challenged by the IS.

Although it would be hasty to portend if this ‘informal’ agreement will lead to a truce between the Afghan state and the Afghan Taliban, it can be read as a sign towards it nevertheless. A weary Afghan Taliban that is resenting increasing Pakistani pressure, is falling out of favour with the Afghan population at large and is witnessing rising differences between its political and military offices, might just prompt it to join the peace talks. The soon-to-be organszed Pugwash conference, although an informal initiative, has reportedly received interest from the Afghan Taliban. Similarly, the Afghan National Unity Government — that is running out of time with not many effective political, economic and social accomplishments to its credit — might just find its fight against IS-Khorasan a good ground to re-start the talks with a more amiable Taliban.

After Russia, China and Pakistan met in Moscow on December 27, 2016 to discuss the ‘worsening’ security situation in Afghanistan and resolve to fight the ‘bigger menace’ that ISIS is, it will be interesting to see if a new alliance will emerge to deal with the factors that have exhausted this nation for more than four decades.

For now, the challenges posed by IS-Khorasan are being dealt with in a piecemeal and fragmented manner. Given that various forces at work have managed to contain the bases of its operations to the province of Nangarhar, only a coordinated effort from all could weed out its menacing presence.