Home  >  Spotlights  > Military & Aerospace  >  Is Indian Intelligence being made the whipping boy?

Is Indian Intelligence being made the whipping boy? 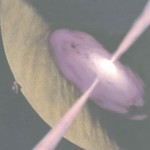 Indian intelligence is frequently in the news, often for the wrong reasons. It is a favourite kicking target for a large number of those who compulsively articulate, like the media, political leaders, academics, etc. Why should it be so when its stellar contributions to national security have quite often been praised by different Prime Ministers at different times in India’s history? A public acknowledgement of the services rendered is also indicated by the Padma awards, bestowed on intelligence personnel from time to time.

But there is no denying that the system suffers from many fault lines, some systemic, some a legacy of the past but most due to reluctance, express or implicit at various levels in the power structure of the country, to bring about a change. It is the cumulative mindset, operating at the cutting level in the country which is mostly responsible for this dismal state of affairs.

Investigations into Mumbai 26/11 events reveal that intercepts of Voice over Internet Protocol conversations between the terrorists in Mumbai and their handlers in Pakistan had to come from foreign agencies. States share intelligence in absolute self interest and not for considerations of ethics, morality or law.

Also, the mindset does not or perhaps cannot change in a few short decades. National security has never been a hot issue with the people at large as evident from several public polls conducted in the country. Removal of the fault lines, therefore, remains a low priority. The episodic prominence the subject receives now and then has proved incapable of influencing the frozen channels in the subconscious.

For any State, Intelligence is a prime necessity, not only to know about adversaries but also about friends, so as to remain forewarned about their intentions and capabilities and to prevent surprises. It is a multi-dimensional complex activity but its basics remain the same – collection, analysis, counter intelligence and covert actions. A fair idea about the functioning of Indian intelligence can be made by examining how well it is equipped for handling these four sectors.

Collection is a three pronged exercise, each arm performing a distinct role. Published information provides the bulk of intelligence, close to 80 percent. Well researched articles and books and field journalists not only prove invaluable source of key facts, they also provide reliable insights into any situation a country maybe interested in. Advent of computers now makes recording, indexing and retrieval of such information a lot easier, but if the organization is not computer savvy, a good part of such information would fail to get stored. One suspects that such skills are still to be universally acquired and mastered in the world of Indian intelligence. If this is correct, it bespeaks of a handicap at the starting level itself.

Technological and scientific means invariably produce intelligence of high accuracy. The gadgetry required for technical collections is very expensive and the state of art equipment is not available in the market. Investigations into Mumbai 26/11 events reveal that intercepts of Voice over Internet Protocol conversations between the terrorists in Mumbai and their handlers in Pakistan had to come from foreign agencies. States share intelligence in absolute self interest and not for considerations of ethics, morality or law. Imagine, if foreigners had not been the victims of 26/11 carnage, the requisite information in all probability would have remained hidden from Indian authorities. Selective concealment is an acceptable reality of the intelligence world. At no stage in the past did India’s collaborating partners disclose to India anything about Pakistan’s ongoing nuclear weapon development programme and China’s stellar role in it, when it was widely known that this programme directly targetted India.

India now finds itself in a very complex national security environment, requiring intelligence to become the first line of defence.

The solution lies in having an in-house research and development capability with an extremely high powered technical staff, second to none, that can work on dedicated technical requirements of the intelligence. It calls for a very high level of funding, something which is not very kindly looked upon by the fund managers of the country. The alternative is to tie up with governmental and non-governmental hi-tech institutions to look for answers.

The key to the highest grade of intelligence is held by human sources to raise whom a great deal of focussed attention, ingenuity, daredevilry and deep pockets are necessary. It is not a run of the mill kind of job which can be performed by anyone. A successful operator, capable of recruiting high net worth human agents, has to belong to a rare breed. Identifying such potentially gifted operators and enrolling these into intelligence then becomes a matter of incentives and competitive remunerations.

This area has been a long standing weakness of Indian intelligence. The problem dates back to the dawn of Indian independence when many of the legacies of the British colonial rule were uncritically accepted and passed on down the line. The British had created a steel framework to rule the country and a police system which, among other things, kept watch on nascent political trends. The steel frame attracted gifted individuals, scholars and thinkers because of the extraordinarily high compensation package. The prime tool made available to the police was repression. There was no comparable incentive for a bright Indian to join its ranks, except that of getting employed. The steel frame had lorded over British India. The legacies continued after the British left. Even today the rule exists that ensures that no member of any other service can overtake his IAS colleague of the same seniority in emoluments or rank even if he is a genius. Then why should the Indian intelligence attract the best when it is required to exist at an inferior level? In point of fact it does not. The results that get produced, therefore, are matching the caliber that is to be found in such establishments today.

This problem can be fixed only by the political managers of the country. India now finds itself in a very complex national security environment, requiring intelligence to become the first line of defence. Men who work in it must have the capacity to develop the highest levels of professional values and solid leadership qualities.

Kargil and Mumbai 26/11 demonstrated the pitfalls of absence of coordinated analysis.

Centuries ago a Chinese sage, Sun Tzu, admonished: “Nothing should be as favourably regarded as Intelligence; nothing should be as generously regarded as intelligence; nothing should be as confidential as the work of intelligence”. To produce intelligence of this order, service in intelligence must be made as attractive as the British had made their premier colonial service in India. intelligence organizations of other countries run their establishments on this paradigm. They often are the best paid organizations in their own country. The CIA is reputed to attract the highest number of PhDs from the best schools into its ranks, as compared to other US organizations. The terms and conditions of service, apart from the opportunities of work, serve as a magnet to pull the talent of supreme quality among whom will be engineers, management specialists, scholars, bankers, scientists, economists, sociologists and academics. In India, unfortunately, it is only the second grade that thinks of gravitating towards intelligence. In recent times, even this category is not offering to look at intelligence as a career. A revolving door policy as in the US should also not be ruled out to draw in expertise and eminence.

Another negative factor is that intelligence in India has no locus in law, especially for those who work in foreign intelligence. India’s intelligence agencies have not been created by Acts of the Parliament. The entire range of foreign operations is covered by just executive instructions. An instruction to operate in a foreign country ipso facto implies a requirement to break the local laws but no legal authority exists for issuing such instructions or indemnifying the would be violator under the laws of the home country.

This is a very serious lacuna which does not seem to have caught the attention of anyone in authority. As the law stands today all those who issue such executive instructions and those who carry out these instructions in a foreign country to spy and steal secrets can be held accountable under the Indian laws. Foreign Intelligence is the only organization directed by the government to violate the local laws of the country of operation, but the government does so without enjoying any legal authority to do so. This state of affairs is reflective of the apathy in which Intelligence is held in India.

A good intelligence analyst is an asset to the national security apparatus.

Analysis comes in the picture to make a sense from collected raw intelligence in juxta position with publicly available data. It interprets the pooled information and comes up with likely scenarios of what may happen. This exercise has to be meaningful because Government’s policy decisions could be based on them. In fast moving contexts like an ongoing terrorist engagement, speed of the analysis becomes a key determinant to catch the action. However, the process as it takes place has serious flaws.

One thought on “Is Indian Intelligence being made the whipping boy?”