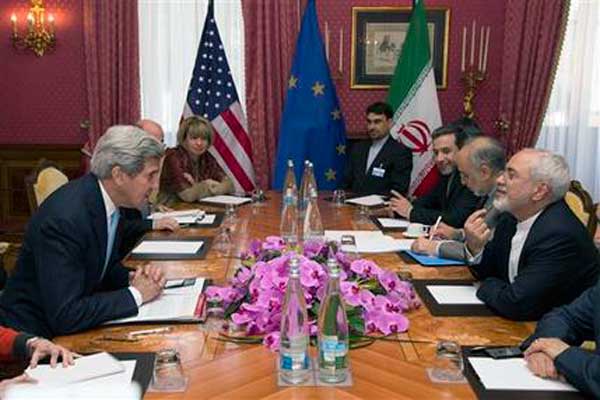 Let there be no doubt that Tuesday the 14 July will go down in the world history as one of the most epoch making day on which the Axis of Evil as Iran is termed by America and the Great Satan which Iran call America shed their decades old animosity to come closer, a happen ace which will have far reaching effect on the world affairs including India. On this day the five permanent members of the Security Council led by America as also Germany signed the nuclear deal with Iran after almost 24 months of continues negotiations. This eases sanctions against Iran allowing it to play its rightful role in the world arena as against remaining a pariah.  World now takes a sigh of relief that Iran’s nuclear ambitions have been put to rest for long time in future.

The entry of Iranian oil in the international market will further bring down oil prices benefitting Indian economy in a big way since it is 80% dependent on its energy imports.

The credit for success of this Iranian nuclear deal goes to the American president Barrack Obama who despite vehement opposition from the republican party of his country and Israel offered a way out to Iran from the West sponsored and UN imposed sanctions on Iran, making Iranian economy slump by more than 26 percent as also the forward thinking moderate Iranian president Hassan Rouhani. After almost three year long negotiations which had its ups and downs finally Iran has signed the deal on 14 July. This nuclear deal restricts the Iranian nuclear bomb making capability, postponing this event should it still take place to more than a decade. In return the Iranian economic sanctions will be gradually lifted by the West.

Iran had been badly hit by these sanctions. Its economy took a nose dive. Its main export the crude oil had to be curtailed. Its assets worth 100 billion dollars in the western world were frozen. Iran had got totally isolated in world arena. Any country including India trying to have close relations with Iran had to face US and Western World censor. What was worse was that due to American involvement in Afghan War and need of NATO troops operating there to be supplied by land route which was only through Pakistan; Pakistan had formed a China-Pakistan-American nexus against Indian interest. Despite Pakistan clandestinely sponsoring Afghan Taliban and Haqqani network jehadi organisations from its soil to operate against American troops in Afghanistan and America knowing it, still US had no option but to keep a straight face and provide 20 billion dollar aid which included military aid to Pakistan.

All this is going to change now to the detriment of Pakistan. India is developing a new route via Iran’s Chabhar port to Afghanistan by passing Pakistan. This route also leads to oil rich Central Asian countries via Afghanistan. The Western countries including America can use this route thereby reducing their dependency on Pakistan. Iran freed from the chain of sanctions and the mistrust which existed with US can now play its leading role in West Asia in conjunction with US to curb the rising influence of the ISIS the caliphate formed by Abu Al Baghdadi in a vast swath of territory encompassing large portions of Syria and Iraq. It is a fact that with ambivalent approach of Sunni Saudi Arabia and Turkey towards the menace of ISIS has allowed this most brutal Sunni jehadi organisation to spread its influence in Middle East and now even AF-PAK region. Iran a Shia country having second largest crude oil reserves after Saudi Arabia in the world can now take the lead in influencing American policy in Middle East which till date was captive to the Saudi Arabia-Israel interest. Shia majority countries like Syria and Iraq can also expect more active support from Iran. America will be happy because Shia Iran will hopefully be able to curb the rise of Sunni ISIS in Middle East and AF-PAK region.

India will have to do a tight rope walking between its relations with Israel and Iran both its friends but bitter mutual enemies.

India which has traditionally good relations with Iran will also benefit in a big way. The combination of America-China-Pakistan had almost sidelined India from Afghan affairs where India has used its soft power to invest two billion dollars in development and enjoys fair amount of good will in the country. Now with Iran on its side and route to Afghanistan opened minus Pakistan the combination of India-Iran can play a stabilising role in Afghanistan. The entry of Iranian oil in the international market will further bring down oil prices benefitting Indian economy in a big way since it is 80% dependent on its energy imports. The rise of Shia Iran will counterbalance the Sunni extremism in the India’s neighbourhood.

Iran has already developed a ballistic missile with a range of 2000 km and is developing another missile with 3500 km range. Sooner or later it will have a nuclear bomb. India a nuclear power itself till date had been hedged in by the combination of its Eastern neighbour China and Western neighbour Pakistan both nuclear powers inimical to India. With Iran also going nuclear in a futuristic perspective the India-Iran combination can be a good counter balance to this hegemony. India however will have to do a tight rope walking between its relations with Israel and Iran both its friends but bitter mutual enemies. Maybe India should work as a mediator between Iran and Israel to reduce their mutual mistrust. If that happens then Israel-Iran-India combination will be able to fully counterbalance China-Pakistan nexus and maybe even wean away China from Pakistan fully isolating and defanging Pakistan. However all this is future loaded with possibilities. Need of the hour is for India to exploit this new development in world arena in its own interest with alacrity.

One thought on “Iraninan Breakthrough A Win Win Situation For India”