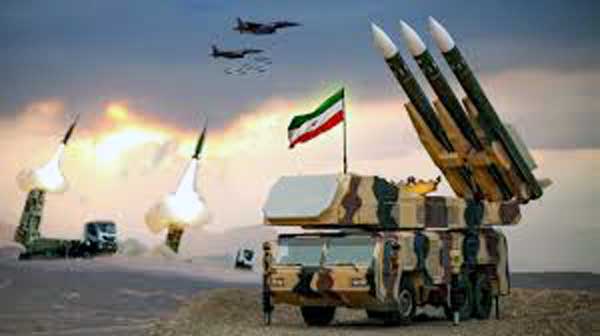 On August 22, 2019, Iran unveiled Bavar-373 air defence system. Reportedly based on the Russian S-300, Iran claimed that the long-range air defence missile system was superior to both the US Patriot and the Russian S-400 missile systems. Coming just weeks after the shooting down of a US RQ-4A Global Hawk BAMS-D surveillance drone over the Strait of Hormuz, the operationalization of Bavar-373 is both a milestone reached by Iran in its effort to indigenize its air defence capability and a signal to the West, especially the US that the sanctions notwithstanding, Iran  has a serious capability to deter and inflict damage on any intruding air power.

This capability has taken years to be built up and starting from the pre-revolution days, has come a long way in making Iran a serious player in the region.

During the regime of Shah Raza Pahlavi, United States was the principal supplier of military hardware and helped transform the Iranian Armed Forces, including the Air Defence Forces. It not only supplied the HAWK air defence missile system that became the mainstay of the Air Defence Forces but also undertook a number of programs to upgrade the air-defence system that involved establishing  the  air defence radar network using microwave Line-Of-Sight and tropo-scatter communications networks.

The Iranian Air Force, then responsible for all air defence functions, relied more on aircraft-based air defence influenced as it was by the US concepts. With depleting air force, emphasis shifted to ground-based air defence systems but in absence of a viable and integrated air defence network, the best it could hope for was point defence of key locations. The thirty Improved HAWK fire units, acquired in , formed the mainstay of Iranian Air Defences well into the 1990’s and continue to serve even as Iran is now fielding its indigenous missile systems.

The Iranian Air Defence Forces became a separate branch of the Armed Forces when they split from the Islamic Republic of Iran Air Force in 2008 and were made responsible for all the land-based air defence systems. One year later, Khatam al-Anbia Air Defence Headquarters (KADHQ) was established to coordinate all airdefence assets and airdefence operations of  all branches of the armed forces, including that of the  Islamic Revolutionary Guard Corps (IRGC) and Basij paramilitary organization.

The hub of Iran’s air defence is the Khatam al-Anbia Air Defence Headquarters (KADHQ) that  serves as a national air-defence operations centre (ADOC). It islinked to the seven sector operations centres (SOCs) that manage all  air defence functions in their respective area of responsibility. KADHQ is closely linked with IRGC’sSarallah (Revenge of God) general headquarters to ensure collation and dissemination of the composite air picture not only to the SOCs but also to the General Staff.

While the air defence operations are controlled by the ADOC, thorough SOCs, the air defence network is designed for autonomous function by the sector commands in case of any communication failure.

Iran has a mix of air defence systems with the majority of the weapons systems dating back to the 1980’s and 1990’s. The surface to air missiles (SAM) in its inventory includes a mix of Western and Russian/Chinese missile systems. Improved HAWK, Rapier and vintage Tigercat missiles serve alongside the  SA-2’s  and their Chinese equivalents HQ-2J/23. The SA-6 and Tor SAMs, both tactical SAMs, were acquired later as were the  S-200 (SA-5). The more recent additions are of the S-300 in 2016 and the Bavar-373 in 2019.

Besides Bavar-373, the locally developed SAMs are the Shahin, a copy of the HAWK, that is used with Mersad air defence system, Raad-1, 2 and 3rd of Khodard, the Sayyad-2 and the 15th of Khodard. The low altitude SAMs are the Ya Zahra-3, Herz-9 while the Misagh series are the locally produced MANPADs.

In 2010, Iran had deployed early warning radars at twenty four sites along its periphery of which one was inactive. The majority of the radars  are located along the Persian Gulf coastline. Iran’s first long range radar ( over 1,000 km) Ghadir was deployed in 2012 and was followed by Arash-2 and Kayhan.  The first phase of Iran’s early warning radar system was tested in November 2014 and presently, with the deployment of four Over the Horizon (OTH) radars including Sepehr, and the Chinese JY-12, Iran has an impressive radar network that can look deep across its borders to provide early warning to the national air defence network.

Iranian Air Defence Forces, well equipped as they maybe, have had no combat experience since the 1980’s and its air defences have never been tested in battle. A realistic assessment is thus difficult to make except to make reasonable assessment based on reports in media, available in  open sources.

Iran conducts an annual wargame, codenamed Velayat, to test its air defence capabilities. Held in an area spanning half a million square kilometers, the field exercise is used to test the entire range of air defence operations including conducting field trails of new weapons. The locally developed air defence gun, Seraj, was tried out during the 2017 exercises. Though Bavar-373 is said to have been operationalized, it is yet to have participated in any wargame to test its capabilities.

The most capable component in the air defence network appears to be the early warning radars with roughly two dozen different types of radars. The varied types of radars give the Iranians a very high degree of redundancy as  any opponent needs to counter  multiple radars at once – a rather difficult preposition that gives an inherent advantage to the defender. A word of caution while assessing the capabilities of Iranian radars will not be out of place as the Israeli F-35s have reportedly been violating Iranian air space regularly and after months of denying the same, Iran was forced to admit the vulnerability of its  ‘intrusion free’ air space when the commander of the Islamic Republic of Iran’s Air Force, Brigadier General Farzad Ismaili, was fired in May 2019 after it came to light that he had concealed the violations of Iranian airspace by Israeli Air Force F-35 stealth fighter jets.

Similarly, the capabilities of Iranian SAMs, or lack thereof, are difficult to be assessed realistically. While the claimed technical specifications make them an impressive collection, the past performance of similar weapon systems do not lend itself to much confidence in their capabilities. The Russian S-300 has repeatedly failed to deliver in Syria and as not expected to do any better in Iran.  Even the tactical SAMTor have been targeted by Israel at the T4 site in Syria in 2018. The only unknown system is the Bavar-373 that may pose a serious challenge to any intruding air power though it remains untested.A factor that needs to be considered is that unlike the S-300, the Bavar-373 can be mass produced and deployed in large numbers. Plus, it may be difficult to counter as its parameters are not known.

A major factor that influences and impacts the Iranian air defences is the close ties with China and its reliance on Chinese technology. The Sino-Iran Military co-operation dates back to the 1980’s and has continued since. While China supplied tactical ballistic and anti-ship cruise missiles and fast-attack boats(equipped with anti-ship missiles, one area in which the two sides have deep relationship is in air defence. Some of the more prominent Iranian air defence systems have apparently been developed with Chinese aid. The problems that plague Chinese weapon systems will obviously be present in the Iranian rip-offs and impact their performance.

So, How serious is the Iranian Air Defence Threat?

The large inventory of the air defence systems notwithstanding, Iranian air defences have limited capabilities. The majority of weapons are stand-alone systems and even the capabilities of KADHQ to perform under stress when subjected to the full force of US air power is suspect. As the SOCs will have to operate independently in case of a communication breakdown, the overall capability of the air defence network will be accordingly degraded.

Problems in Integrating Diverse Systems will also have to be factored in by KADHQ – as was seen during the Gulf War when KARI, the Iraqi Air Defence network, found it difficult to integrate and control the diverse systems. Similarly, during the Iran-Iraq War,  almost all throughout the war, the Iranian air defences operated in autonomous mode. A similar state is anticipated during any future conflict.

Another problem is the spread of strategic military infrastructure and nuclear sites widely across the country, for which that many resources required to protect all of the critical sites. Even as Bavar-373 is to be produced locally, it will be some time till such time that Iran has adequate resources to cover all its assets.

What the Future Portends

The emphasis on developing an indigenous capability gives Iran a serious air defence capabilities in the future.  Coupled with its ambitions to play a greater role in the Middle East, systems like Bavar-373 give it the capability to deny air space to even the most advanced powers. This does not portend well for US and its allies in the Middle East.

As Iran continues to develop new systems with improved capabilities, the threat posed by it will only increase in the years ahead. It will have alayered air defence network, and the ability to forward-deploy the strategic missile systems to cover areas well beyond its borders, denying  Western and Israeli air supremacy.

The plans of strengthening bilateral air defence cooperation with Iraq have the potential of having long term implications as the co-operation is likely to include joint training and provision/co-production of air defence and surveillance systems, and also a joint air traffic monitoring and air sector surveillance network. If it translate into something actionable and concrete, it might give Iran access to sensitive Iraqi electronic data, which will prove detrimental to US interests.

These developments will pose serious strategic threats in the future as Iran could potentially deny access to the entire region extending from the Persian Gulf to the Gulf of Oman. How real these projections turn out to be is a matter of conjecture as yet.

In 2017, a study published  in the quarterly journal ‘Strategic Defence Studies’, published by the Supreme National Defence University of Iran had identified 15 serious threats to the Iranian air defence system in case of a first strike from an enemy. While a number of these threats can reportedly be countered by the new air defence systems fielded by Iran, a large number remains viable even today.

The large strides by Iranian air defences notwithstanding, it will take years of sustained effort before Iran can claim to have a credible air defence system that can stand up to an advanced air power.