Iran will continue its quest for strategic space in South Asia 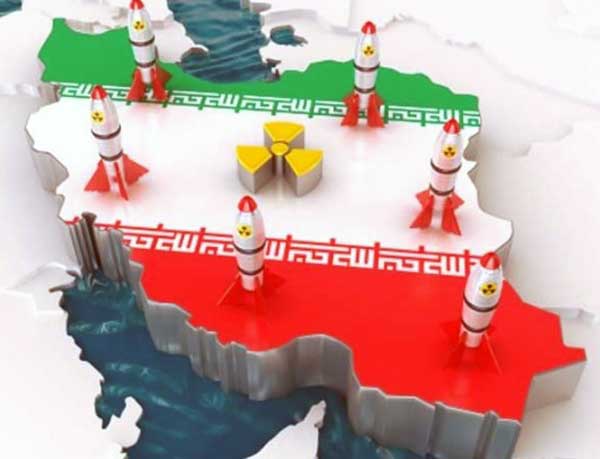 Although Hassan Rouhani, the reformist incumbent Iranian President, has been reelected with a thumping majority in the May 19 presidential poll leaving behind Ebrahim Raesi, his nearest conservative rival, by more than 19 percent margin, it is almost certain that Iran will follow its ongoing aggressive policy in the Middle East as foreign policy and security details are still controlled by the conservative Supreme Leader Ali Khamenei. But the most interesting thing to be watched will be Iran’s future policy with regard to Afghanistan and Pakistan and whether Rouhani’s reelection can have any bearing on it.

There is now a distinct possibility that in order to gain a firm strategic foothold in Afghan affairs Iran may transfer to Afghanistan either the whole or a significant portion of the Fatemiyoun division, an 18,000 strong militia composed of Afghan Shias, now fighting in Syria on the side of Bashr-al-Assad.

There is information that Iran has been running nine military training camps for the Shia community people of Afghanistan inside its own territory. The composition of the Fatemiyoun division, the most lethal arm of Iranian diplomacy in South Asia, gives out Tehran’s self-contradiction. This division has been created by merging two Afghan Shia militant groups — the Sipah-e-Muhammad which fought a bloody war against the Taliban in the 1990s and the Abuzar brigade which fought against Saddam Hussain, a Sunni, in Iraq in the 1980s.

Given their anti-Sunni background, only a thorough reappraisal of geostrategic interests has pushed Tehran towards cooperation with the Taliban.

It is generally assumed in diplomatic circles that Hassan Rouhani is in favour of cooperation with the NATO and the Ashraf Ghani government. But this approach is being opposed by Ali Khamenei, the Supreme Leader, who looks upon the Taliban as a bargaining chip against the US and the NATO.

In early 2014, Taliban opened its office in Iran and Maulvi Nek Mohammed was declared as the Taliban’s special envoy to Tehran. In May 2015, a Taliban delegation visited Iran and had discussions with top Iranian leadership which was followed in 2016 by another Taliban delegation led by Ibrahim Sadr, its military commission chief.

Like Russia and China, Iran is also worried about the expansion of Islamic State networks in Central and South Asia. This was the reason behind the meeting of these three countries in December last.

For Tehran, a real cause of worry is its Sistan-Baluchistan province which is inhabited by Sunni Baluch population, now waging armed insurrection for autonomy. Although the Baluchis constitute only two per cent of Iran’s total population yet Jaish-al-Adl, their secessionist organisation, allegedly receives active support from Pakistan. This was the reason behind Tehran’s recent threat of punitive action against militant organisations operating from inside Pakistan.

As the time for selection of a new Supreme Leader for Iran is approaching, there is a possibility that the Shiite conservative block there might increasingly adopt a more belligerent attitude towards Sunni Pakistan. For quite some time, a Sunni militant group named Jundullah is active on the Iran-Pakistan border and it is alleged that the murder of quite a few Iranian border guards last month was in fact committed by Jundullah activists using long-range rifles.

Under such circumstances, Iranian retaliatory action cannot be ruled out altogether. After all, Abdul Rauf Riggi, leader of Jaish-e Nasr, another militant group operating against Iran, was once found dead in Quetta, Baluchistan, and Abdul Malik, Riggi’s brother and unquestioned leader of Jundullah, was arrested and hanged by Iran.

Still the most interesting thing to watch will be how the Shiite Iran solves the knotty tangle of cooperation with the Sunni Taliban. In it, Tehran is likely to face opposition from some Shia warlords of the former Northern Alliance some of whom are still close to Iran and, at the same time, are partners in the Ashraf Ghani government. Moreover, since 2010, nearly 2,300 Shias have been killed in Pakistan.

But since the signing of the nuclear agreement, Iran has been steadily consolidating its sphere of influence. The Afghanistan-Pakistan region is too important for Iran and it will leave no stone unturned to gain a strategic space there.