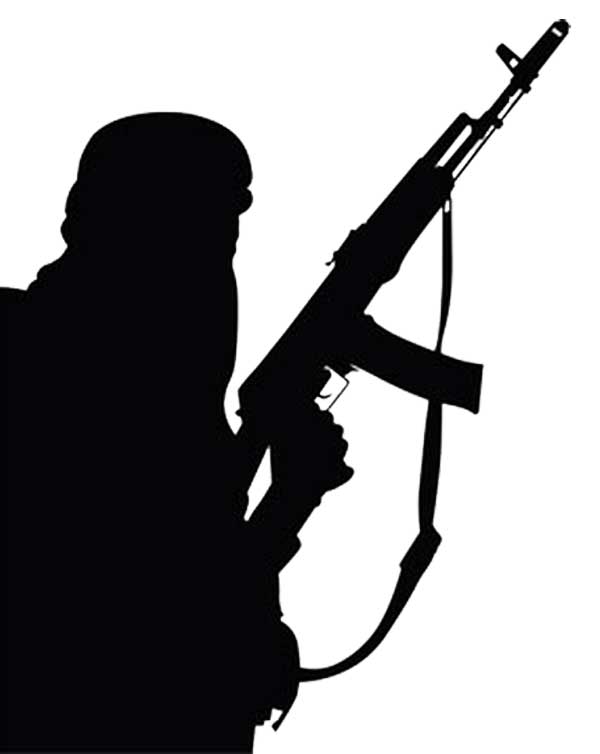 The statement by the minister is both blunt and timely, reflecting upon the need to introspect with regard to playing around with institutions created to take on asymmetric challenges confronting the nation. In the backdrop of the above statement it is necessary for us to formulate long-term strategies to better utilize available resources and ensure synergy between various stakeholders and establish mechanism for creating timely assets to identify the threat emanating from terrorism and strike at its perpetuators before they bring us to any harm.

Significantly the Defence Minister also called for every small incident of terror attack to be considered an “act of war”, stating that “we are in the process definitely to ensure that our enemies cannot go scot free”.

It is no secret that India has been one of the biggest victims of asymmetric threat, perpetuated from across the borders. The major brunt of terrorism has been absorbed by the Army in the state of Jammu and Kashmir (J&K) and elsewhere whenever it has been called to respond. Preventing infiltration to facing direct armed attacks on its facilities including unarmed family quarters by heavily armed terrorists, attacks on its convoys, tackling almost daily incidents of hold ups in civil areas to facing attacks by improvised explosive devices, it has been a relentless fight spanning over two decades. In the process Army and security forces have suffered scores of casualties of its personnel.

Expanding the arc of terrorism beyond J&K, major symbols of Indian identity have been attacked through acts of terrorism, prominent amongst them the Red Fort, Bombay Stock Exchange, Akshardham, Taj Mahal hotel in Mumbai and the Parliament, to name a few. Intensifying their reach, the terrorists recently attacked a police station in Gurdaspur and Air Force station at Pathankot.

There is clearly a pattern to acts of terrorism in India. The resolve of the adversary has been to consistently target Indian interests by use of proxies nurtured, funded, equipped, trained, guided and infiltrated through land and sea. One fears the day when the air space could be used to infiltrate for acts of terrorism.

Essentially, India is a victim of such senseless attacks and perpetually at war with the faceless enemy keeping majority of its security forces engaged and occupied. The strategy adopted so far has been defensive. This is primarily an outcome of a defensive mindset, state of complacency, maintenance of status quo and inability to take the challenge head on through offensive actions due to the fear of escalating tensions in the region.

Intelligence Based Response Strategy to Terrorism

According to a study by Andrew H Kyad and Barbara Walter in “Strategies of Terrorism” published by MIT Press in 2012 “problem of terrorism is not a problem of applying force per se, but one of acquiring intelligence and affecting beliefs”. “With the right information, the proper application of force is comparatively straight forward”. Concluding the study they state, “At tactical level are the tools of intelligence gathering and target defence that make sense, no matter what terrorist strength is”.

Good intelligence is, therefore, the key to fight terrorism rather than military might. Identifying non state actors, assessing their capabilities and strengths, identifying their support bases and studying the modus operandi of terrorist’s operations is the way to go. Capacity building through intelligence gathering to solve the jigsaw puzzle by joining dots, pre empting their actions, identifying financial modules and support basis is crucial to eliminating the terror networks. Another important task is the ability to penetrate the network of non state actors.

The fight against terror based asymmetric threat requires us to look at the need to strengthen our intelligence architecture both at tactical and strategic levels to formulate a cohesive response strategy to counter the threat. The current means of intelligence gathering have proved inadequate to respond to the threat of terrorism essentially due to apprehensions of a defensive mindset. The availability of this essential resource needs exploitation through setting up of specialized intelligence outfits, raised, equipped and trained appropriately and to be used in an offensive manner. It is to be clearly understood that intelligence is a specialized activity requiring development of expertise honed over a period of time by acquiring specific skills and capabilities. ‘One size fits all’ is not the answer to man specialized units; therefore selection, training, expertise and suitability for tenanting an appointment in such an outfit become crucial.

At a different plane it has to be appreciated that intelligence gathering is a legitimate activity and its resources must be utilized to safeguard national interests. The actions and activities therefore have to be in line with laid out national goals. In context of terrorism, its manifestation, identification of perpetuators, preparation of threats analysis, identifying vulnerabilities and elimination of terrorists are crucial for success at tactical as well at strategic levels.

The need for reforms in intelligence gathering has been accepted by numerous committees over a period of time starting with Kargil Review Committee and its follow up by a Group of Ministers. The Naresh Chandra committee also proposed changes for optimizing potential of intelligence apparatus with emphasis on close coordination, need to overcome conflict within and between various agencies. The old adage of “Need to Know” has to be replaced with “Need to Share”. In spite of the need to reform we continue to argue against creating better structures to overcome hindrances in our intelligence functioning.

Indian Army is at the forefront tackling the threat from terrorism. It needs to better utilize a potent force multiplier available at its disposal and create specialized units for intelligence gathering and exploiting its capabilities for maximum effect. The Defence Minister has indicated to the potential of Military Intelligence. It is time the capabilities are fully exploited towards achievement of overall national effort to eliminate terrorism.