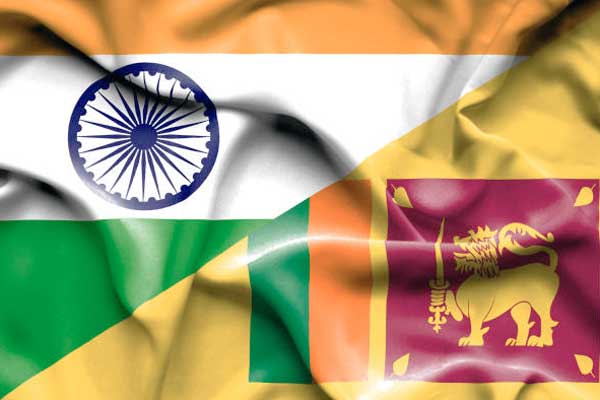 On September 24, 2020, Sri Lankan President Gotabaya Rajapaksa ordered termination of the US$1.5 billion (RM6.3 billion) Japanese-funded Light Rail Project (LRT) signed under the previous government. In March 2019, the Japan International Cooperation Agency (JICA) had loaned ¥30 billion to finance the first phase of the LRT. Japanese technology including rolling stock was to be used on the rail system, which included 16 stations over 15.7 km. Detailed planning and land acquisition for the project in Colombo had been completed and initial construction was already under way.

Sri Lankan official cite the reason for cancellation of the LRT project to not being “cost-effective solution” for the congested capital Colombo. But Japan has already funded sections of new expressways and a key bridge to reduce traffic congestion in and out of Colombo. Besides, the Japanese loan for the LRT project carries an interest rate of 0.1 per cent (way below market rates) and is repayable over 40 years with a 12-year grace period which is longer than the construction period. Therefore the excuse of the project not being cost effective is hollow, especially compared to loan taken by Sri Lanka from China’s Exim Bank for the Hambatota project on commercial rates. The LRT project will likely be awarded to China now. In 2018, China won a contract for over US$300,000 to build 40,000 houses Sri Lanka’s Jaffna district.

Gotabaya Rajapaksa is President of Sri Lanka since November 18, 2019. Closure of a major project like the LRT on which work was ongoing in Colombo could have been ordered much before. In all probability its abrupt cancellation now is China’s response to signing of the ‘Framework for US-Maldives Defence and Security Relationship’ on September 10, 2020, which was being hailed as a game changer in the region even though Maldives is still cumulatively owes China US$3.5 billion in terms of government-to-government loans, private loans and sovereign guarantees. Cancellation of the LRT project is direct fallout of US-China rivalry and the race to influence the Indian Ocean Region (IOR).

China’s influence over Sri Lanka is not limited to Sri Lanka leasing China-built Hambantota Port to China for 99 years for US$1.12 billion in 2017.China helped Sri Lanka in its final battle with the Liberation Tigers of Tamil Eelam (LTTE) and sided with Sri Lanka when accused by the US for human rights violations.   China is Sri Lanka’s largest source of FDI and has provided loans for projects like the first four-lane expressway, new Colombo Port Terminal and a new National Theatre. Beijing owns 85 percent stake in Colombo International Container Terminals which is the only deep-water terminal at the port. China has gifted a P625 frigate to Sri Lanka and bilateral security cooperation between the two nations is strong.

Quite clearly Sri Lanka is firmly in China’s strategic sphere and China will draw it even closer if pressured more for human rights violations. The US and India may want Colombo to join the US-India-Japan-Australia Quadrilateral but Sri Lanka will unlikely agree unless Beijing wants an ‘insider’ in the Quad. With the Rajapaksa brothers allegiance to Beijing, China’s hold on Sri Lanka will only increase especially with Gottabayaseeking unprecedented powers through constitutional amendment. China may even advise Sri Lanka how to clamp down on its Tamil population with the Sinhala majority wanting scrapping of the 13th Amendment.

India’s Foreign Secretary and Indian Army Chief visited Myanmar recently and met State Counselor Aung San Suu Kyi and Senior General Min Aung Hlaing, C-in-C of Myanmar Armed Forces besides other officials. The main focus of their visit was border area development. In 2012, both countries had signed a memorandum of understanding on ‘India-Myanmar Border Area Development’ in which India pledged US $5 million each year over a period of five years to Myanmar. The MoU was later extended till 2022. Multiple projects including roads and bridges, healthcare centres, schools and other infrastructure projects have been completed by India and identification of next phase of projects is underway. During the visit, India announced a grant of US$2 million for construction of a bridge to improve connectivity between Mizoram and Myanmar.

Both sides also discussed maintenace of security and stability in border areas, reiterating mutual commitmet not to allow respective territories for activities inimical to each other. Myanmar is handing over 22 Indian insurgents to India.  India underscored its commitment to support safe, sustainable and speedy repatriation of displaced persons from Bangladesh to Rakhine State in accordance the Myanmar-Bangladesh understanding. India upgraded the Rakhine State Development Program (RSDP) while already providing assistance for development projects, health, education and agricultural through a grant-in-aid of US$5 million per year. Both sides discussed possible development of a petroleum refinery in Myanmar with an investment of US$6 billion. China currently accounts for almost 70 percent investments in the energy sector in Myanmar.

President Xi Jinping’s visit to Myanmar in January 2020 has given impetus to the China-Myanmar-Economic Corridor (CMEC). The CMEC terminates at Kyaukphyu Port resting on the Bay of Bengal that would help China avoid the Malacca Strait and counter the US-led Indo-Pacific strategy – akin to the CPEC terminating in Gwadar Port of Pakistan. In July 2019, China’s cumulative investment in Myanmar accounted for over 25 percent of Myanmar’s total foreign investment. Myanmar is third largest Chinese arms importer after Pakistan and Bangladesh. In 2019, Myanmar was part of 50 countries supporting China’s treatment of Uyghurs and other Muslim minority groups in the Xinjiang region.

But the irony is General Min Aung Hlaing, C-in-C of Myanmar Armed Forces recently stating that terrorist groups active in the country were backed by ‘strong forces’ – obvious reference to China. China has been covertly supporting and arming insurgent groups in Myanmar like the ArakanArmy (AA), Arakan Rohingya Salvation Army (ARSA), Ta’ang National Liberation Army (TNLA), United Wa State Army (USWA) and United Liberation Front of West and Southeast Asia (ULFWSEA). China has this sub-conventional ‘Sword of Damocles’ over Myanmar to see through the CMEC and not get too friendly with the US and allies.

Global pressure on Myanmar for human rights against  Rohingya’s has helped China draw Myanmar closer – same way as Sri Lanka pressured for human rights violations against the LTTE. Overall Chinese investments in the CMEC are not known but the largest construction project along the route is the 431 km Muse-Mandalay Railway, a project estimated to cost US$9 billion connecting to Chinese railway network at Ruili in Yunnan province. How much China can debt trap Myanmar remains to be seen, but China’s grip on Myanmar will keep increasing given its strategic importance to China.

Of concern to India should be PLA presence in Myanmar under pretext development projects, followed by guarding the CMEC like it has happened in Pakistan. Both Myanmar and India are committed to not let their territory be used for activities against the other. But Myanmar has large tracts of difficult terrain and China will continue sub-conventional pressure on India and Myanmar through its proxies. Perhaps the security situation may have emerged more clearly in one-to-one closed door meeting between General Min Aung Hlaing and Indian Army Chief General MM Narvane.

President Xi Jinping recently said he stands ready with Bangladesh to better align both countries strategies and promote construction of his Belt and Road Initiative (BRI). China’s investments in infrastructure projects in Bangladesh are over US$26 billion with another US$38 billion funding commitments, China has also offered zero-tariff treatment to 97 per cent of Bangladesh’s exports by adding 5,161 more items to the existing list of 3,095 duty-free products. Ports of Kyaukphyu in Myanmar, Gwadar in Pakistan and Hambantotoain Sri Lanka would give China immense influence over the Indian Ocean. A port under Chinese control in Bangladesh would add to Chinese clout in the region. With Nepal fully in its bag, China is focusing on Bangladesh and Bhutan to complete its hold over South Asia.

India is doing what it can to counter increasing Chinese influence but is constrained with limits of its economy and foreign policies of most countries are based on geo-economics. However, India needs to engage neighbours consistently  rather than reacting to Beijing’s initiatives. Unlike China and Pakistan, India has also not developed sub-conventional muscle to counter Chinese and Pakistani proxies in their territories as also on foreign soil, even in a country like Afghanistan where possibilities existed. This is a big disadvantage in power play at geostrategic level. Finally, while China is hardening what is termed as ‘string of pearls’ around India, the fallout of greater Chinese influence over the Indian Ocean will directly affect rest of the world. Not recognizing this is de-stabilizing the ‘Indo’ part of the Indo-Pacific would be big folly.