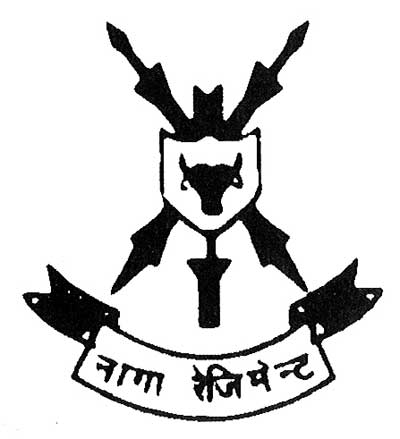 The Naga Regiment is the youngest Regiment of the Indian Army. The Nagas were quite well represented in the Assam Regiment and they also had an access to other Arms and Services. During 1960, the delegation of the Naga Peoples Convention put forward the proposal for a separate regiment to fulfill their desire of playing a greater role in the Defence Forces of India.

First Battalion (1 Naga) of the Regiment was raised at the Kumaon Regimental Centre, Ranikhet on 1 November 1970 under the Command of Lt Col RN Mahajan, VSM. Being the only battalion, it was then designated as the NAGA Regiment. The manpower to raise this battalion was provided by battalions of Kumaon, Garhwal and Gorkha (3 GR) regiments. Sixty nine Nagas were enrolled directly from rehabilitation camps of underground Nagas. 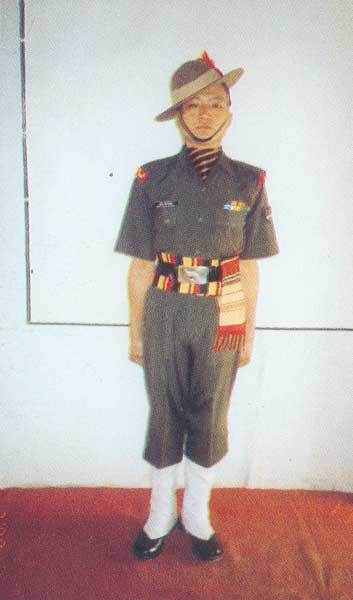 However, the Regiment was to comprise 50 percent Nagas and remainder 50 percent of an equal number of Kumaoni, Garhwali and Gorkhas.

Since many Kumaon battalions had been associated with Nagaland, particularly in the years preceding the raising of Naga Regiment, it was affiliated to the Kumaon Regiment for all regimental matters.

The traditional Naga weapons viz the Dah, the Spear and the prestigious Mithun have been integrated into the Regimental Crest. The Regiment’s colours are Gold, Green and Red, the gold of the rising sun, the green of Infantry and red the colour of authority among Nagas.

1 Naga took part in Bangladesh operations and earned a name for the Regiment. It was awarded one Vir Chakra and three Sena Medals. The battalion was the first one to be inducted into Op Vijay in Drass Sector on 11 May 99. During this operation, the battalion captured Black Rock, Thums Up, tyramid (all part of Point 5140), Pimple Hill (later named as Naga Hill) and Point 5060.

The battalion was awarded with two Vir Chakras and two Sena Medals for their outstanding performance during this operation.

2 Naga has been awarded ‘COAS Unit Citation’ twice and both times for valour and chivalry in the face of the enemy. This battalion also took active part in ‘Op Vijay’. The battalion has earned one MVC, two vrC, one YSM, one VSM and nine Sena Medals.

The Jammu and Kashmir Light Infantry

India’s first Light Infantry Regiment was born out of the peoples’ response in 1947, to the invasion of Kashmir by Pakistan. In the difficult days of the invasion, the population formed local defence groups. 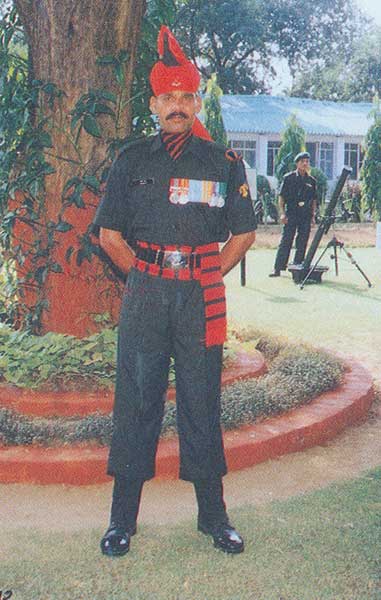 These were later organised into militias responsible for specific sectors, eg; Leh, Bubra, Jammu, Punch etc. Over a period, these were grouped into Militia battalions. Two of these were later converted into the Ladakh Scouts.

Since then, battalions of the Light Infantry have served with honour in different parts of the country, in Sri Lanka and part of the United Nations Force in Somalia. Appropriately, a battalion of the Regiment earned great honour in operations at 21,000 feet in the Siachen Glacier sector of Jammu and Kashmir.

Gorkhas from Nepal had extended their empire into Kumaon, Garhwal and Kangra hills by the mid- 18th Century. The Gorkha War of 181 5 was the result of the interface between the Gorkhas and the British at the time. Always on the look out for reliable soldiers, the British started a Gorkha (Nusseree) battalion in the Shif!lla hills. 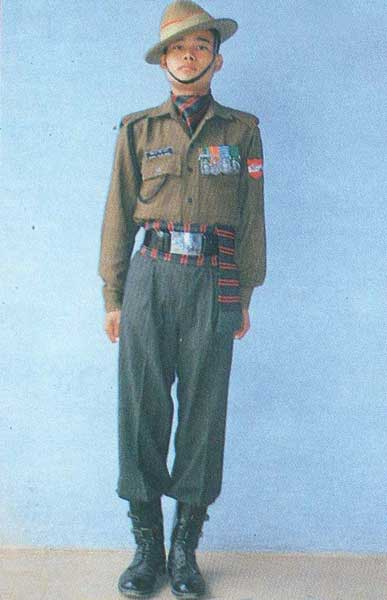 After independence, the designation I changed to the present one. The Regiment’s other battalions were raised after 1959. The Regiment has a proud combat record 1 and has always lived up to its reputation.

The Regiment draws its manpower from the Gurung and Magar clans of the Gorkhas. The regimental insignia is a pair of crossed khukris with the numeral 1 above.

The Regimental Centre is at Subathu, Himachal Pradesh, where the First Battalion was raised in 1815.

The motto of the regiment is ‘Kayar Hunu Bhanda Marnu Ramro’ (It is better to die than to be a coward).

1st Battalion, 3rd Garkha Rifles was raised on 24 April .1815 as “Kumaon Battalion”. In 1907, the. Regiment was redesignated as 3rd Queen Alexandra’s Own Garkha Rifles. The Regiment presently comprises five battalions.

During the First World War, the Regiment distinguished itself in France, Gaza and Palestine and won 18 battle honours. 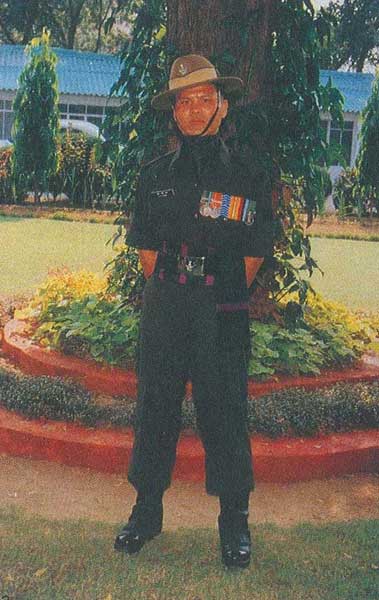 Past-Independence, the Regiment won the Battle Honour “Pirkanthi” in Uri Sector in 1948 and “Shingo” in the Kargil Sector in 1971.

1/3 GR has the distinction of being the first battalion in the past-Independence period to carry out amphibious operations during the 1971 operation. Colonel JR Chitnis, CO 1/3 GR was honoured with the Ashaka Chakra (Posthumous) in Nagaland in 1956.

The Regimental Centre combined with that of 9th Gorkha Rifles is located at Varanasi, Uttar Pradesh. The Regiment draws its manpower from the Gurung, Thapa, Magar and Pun clans of Central Nepal and from the Indian Domiciled Gorkhas.

Forty years after the first three battalions of Gorkhas were raised, ‘extra’ battalions were raised and named as such. 33 Extra Gorkha Regiment was raised in 1857 at Pithoragarh. It became the Fourth Gorkha Rifles of the Bengal Infantry and after the Coronation Durbar at Delhi, became the Prince of Wales’ Own 4th Gorkhas. 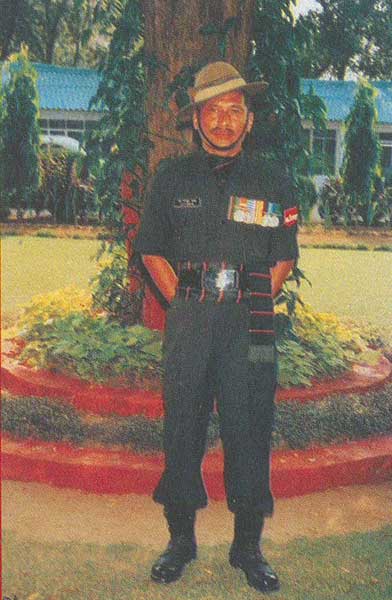 After independence it is known as the 4th Gorkha Rifles. It operated in the Lushai hills in 1871, in China in 1900, and in Europe and Mesopotamia during the Great War. There were four battalions of the Regiment in the World War.

One of the battalions formed part of the Chindits under Wingate. The third Battalion fought a fine action at Bilafond La, at heights of nearly 20,000 feet in 1987. Major Jackson in his book on the British Indian Army has called Fourth Gorkhas as the most travelled in the Indian Army.

The Regiment’s manpower is from the Magars and Gurungs of Nepal. Its Regimental Centre is at Sabathu, Himachal Pradesh. The Motto of the Regiment is ‘Kayar Hunu Bhanda Marnu Ram ro , (It is better to die than to be a coward).