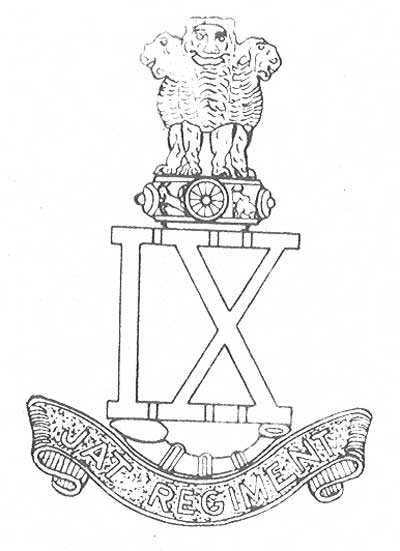 The Jat Regiment claims its origins from the Calcutta Native Militia raised in 1795, which later became an infantry battalion of the Bengal Army. After 1860, there was a substantial increase in the recruitment of the Jats in the Indian Army, however, the Class Regiment the Jats was initially created as infantry units in 1897 from old battalions of the Bengal Army.

In January 1922, at the time of the grouping of the Class Regiments of the Indian Army, the IX Jat Regiment was formed by bringing under a single regiment, four Active and one Training Battalion. 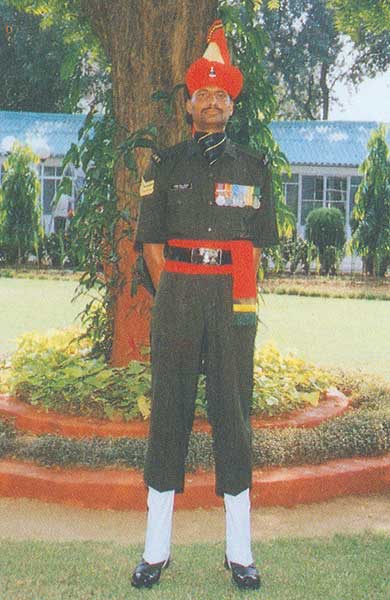 Jats are known in Indian history for their skill with weapons and in combat. They had formed part of almost all successful armies of Indian feudal states.

The Regimental insignia is the Roman numeral nine representing its ninth position in the regimental hierarchy of the Indian Army of the 1920s.

The insignia also has a bugle indicating the Light Infantry antecedents of two of its battalions. The Regiment draws its manpower mainly from the peasantry, except a few battalions which have a mixed composition.

The Regimental Centre is at Bareilly, UP, one of the few Centres to remain throughout at its place of origin since January 1922. 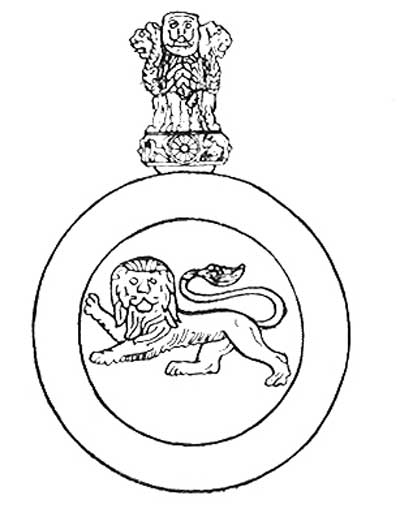 The SIKH Regiment is one of the highest decorated regiments of the Indian Army, with 72 Battle Honours, 15 Theatre Honours and 5 COAS Unit Citations besides 2 PVCs, 14 MVCs, 5 Kirti Chakras, 67 Vir Chakras and 1596 other gallantry awards. The chequered history of the Regiment spanning 154 years is bloodied with heroic deeds of valour and courage which have few parallels if any.

Although the Regiment’s official history dates back to 1846, the biological heritage has its roots in the noble teachings and sacrifices made by the ten Gurus. The SIKH Regiment of today has imbibed the culture and chivalry of Sher-e-Punjab Maharaja Ranjit Singh’s erstwhile KHALSA Army. The ethos and traditions of the Regiment got formalised with the raising of ‘Regiment of Ferozepore SIKHS’ and ‘Regiment of Ludhiana SIKHS’ on 1 August 1846 by Captain G Tebbs and Lieutenant Colonel P Gordon respectively. A major portion of the substance of the Regiment traces its origins to Maharaja Ranjit Singh’s Army. With a humble beginning of two battalions in 1846, today the SIKH fraternity has grown 20 battalion strong. 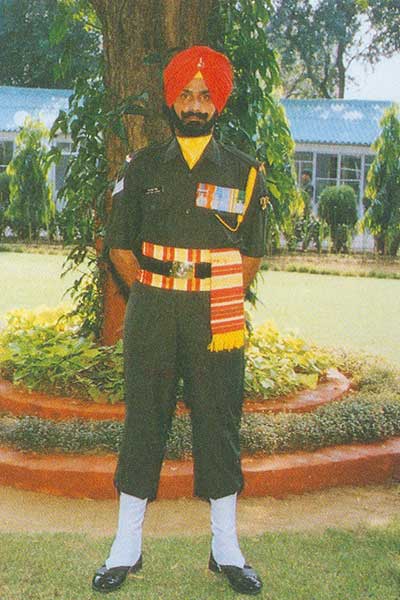 The Battle of SARAGARHI fought by 36th Sikh (now 4 Sikh) in 1897, is an epitome of VAL OUR, COURAGE, BRAVERY and SACRIFICE.

Havildar Issar Singh with 21 Other Ranks made the supreme sacrifice repulsing 10,000 of the enemy. This sacrifice was recognised by the British Parliament, when it rose to pay its respects to these brave young soldiers. All 22 were awarded the Indian Order of Merit, the then highest decoration for the Indian soldiers. This ‘Kohinoor’ of the SIKH Regiment is one of the ten most famous battles of the world. Even to this date, this battle forms part of school curriculum in France.

12th September 1897, the day of Battle of SARAGARHI is celebrated as the REGIMENTAL BATTLE HONOURS DAY.

The Regimental insignia comprises the sharp edged quoit, or Chakra which the Khalsa armies had used in combat. The Chakra rings on lion, symbolic of the name (Singh) every Sikh carries. The Regimental motto is Nische Kar Apni Jeet Karon, (Resolved to Win) taken from the Sikh warrior’s I prayer before battle. The Regiment draws its men I from amongst the hardy Jat Sikhs. The Regimental Centre is at Ramgarh Cantt (Bihar). 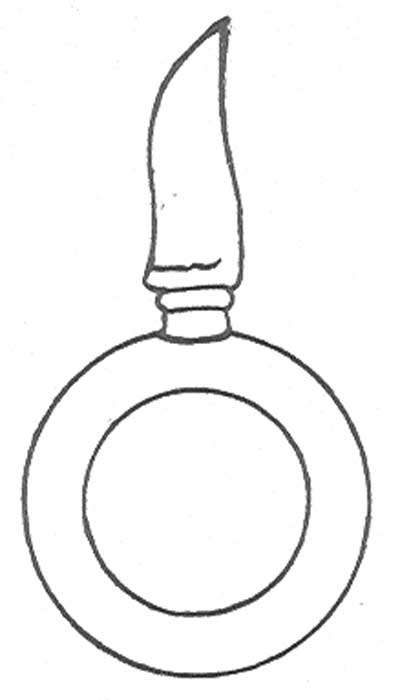 The Sikh Light Infantry finds its origins in the Sikh Pioneers raised in 1857. ‘Sikh Pioneers were used in various campaigns in India and abroad, and highly regarded for their determined resolve to complete the assigned tasks against all opposition.

The Sikh Pioneers were later merged with the Sappers and Miners. The World War and its need for additional troops saw the rise of the, Mazhabi and Ramdasia Sikhs as a regiment in 1941. 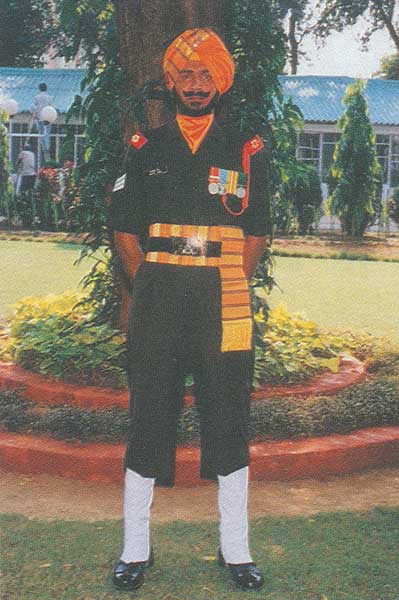 This designation was changed to the Sikh Light Infantry in 1944.

In vew of its linkages with the Pioneers the Sikh Light Infantry received its earlier seniority after the Sikh Regiment.

The Sikh Light Infantry draws its man power from the Mazhabi and Ramdasia elements -amongst the Sikhs. They had long formed part of the armies of the Sikhs’ Tenth Guru and in later Khalsa armies.

The regimental insignia is the quoit, or the chakra used by the Sikhs in combat, mounted with a kirpan the Sikh dagger.

The regimental motto is Deg Teg Fateh (prosperity in Peace and Victory in War), a phrase taken from the Sikh scriptures.

The Regimental centre is at Fatehgarh, Uttar Pradesh.

The Regimental insignia is the tiger, revered as the mount of Goddess Durga, who is a widely worshipped deity in the Dogra hills. The Regimental motto is Kartavyam Anvatma (Duty before Self). The Regimental Centre is at Faizabad, Uttar Pradesh.

The Dogras who form the hardy and loyal popula.tion of the hill regions of Himachal Pradesh, Punjab and J&.K have a)ol)g traetitiol) of soldiering. They had been in the service of the British for some years as part of the Frontier Force. The Dogras formed into a regiment in 1887, and three Dogra Regiments were raised as part of the Bengal Infantry. 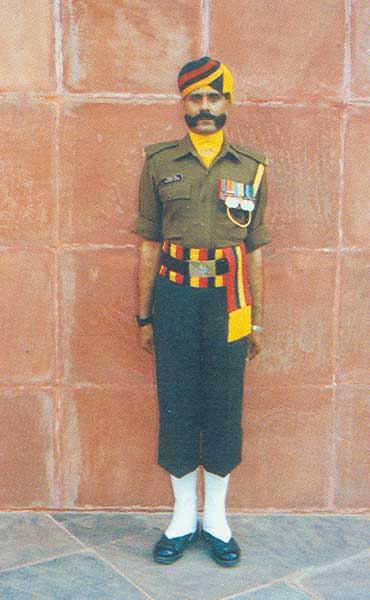 The Regiment has earneet respect as a disciplined and dependable group of Infantry. Enrolling in the army has long been the ambition and career motivation of the hill regions of the Dogras. The earnings from the military service have been well spent for over a century in the otherwise economically backward hill region of the Dogras.

Soldiering not only became a substantial part of the economic structure of the Dogra Hills, but created social and cultural traditions built on the people’s association with the army.

The Regimental insignia is the tiger, revered as the mount of Goddess Durga, who is a widely worshipped deity in the Dogra hills. The Regimental motto is Kartavyam Anvatma (Duty before Self). The Regimental Centre is at Faizabad, Uttar Pradesh. 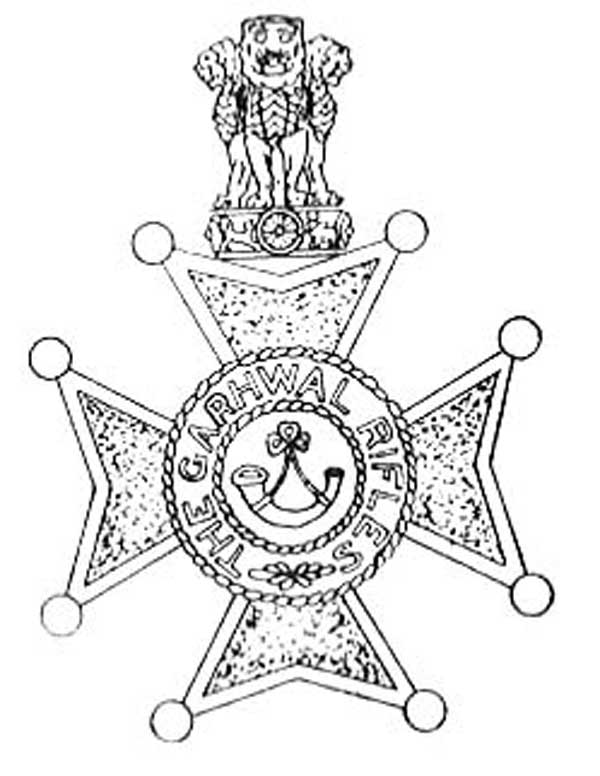 The Garhwal Himalayas form a stark and rugged terrain. The people inhabiting the area are equally rugged and frugal and provide fine military and infantry material to the army. Serving in the army has been a long tradition in the Garhwal hills. Families have sent their sons to the army for generations. In the remote areas of the hills, earnings of the soldiers have sustained the local economy for years.

Garhwalis were taken in military service by the British as early as 1815. They had, however, been enlisted in the five regiments of the Gorkhas belonging to the Bengal Infantry and the Punjab frontier Force. In April 1887, the raising of 2nd Battalion the 3rd Gorkha Rifles was ordered with a class composition of Six Garhwali and two Gorkha companies. 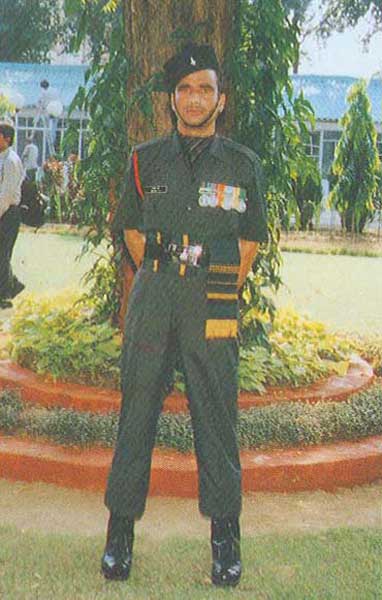 In 1891, the two Gorkha Companies were separated and the remaining six Garhwali companies were redesignated as 39th the Garhwal Regiment of the Bengal Infantry.

Another battalion was added to the Regiment and both took part in the Great War.

The Garhwalis were the ‘find’ of the period and proved themselves in Flanders and other battles in Europe, despite the heavy casualties suffered. Later these battalions also served in Mesopotamia and Salonika.

After independence, the Regiment gained in strength and proved itself in many campaigns. The Regimental insignia is the Maltese Cross.

The Regimental Centre is at Lansdowne, Uttar. Pradesh.