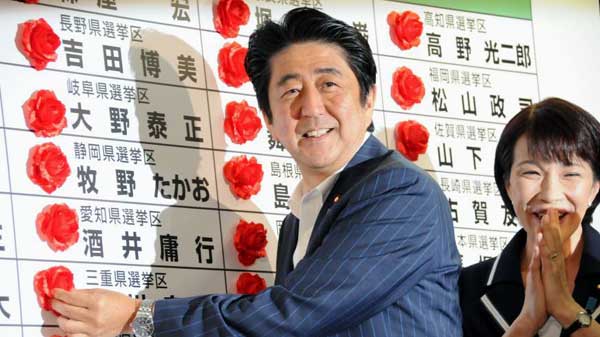 As the world mourns the passing of a towering global statesman and a born strategist, former Japanese Prime Minister (PM) Shinzo Abe, QUAD nations must come together to write the Indo-Pacific Charter.

Often termed the most influential and longest-serving PM of Japan in the Heisei Era, Shinzo Abe’s legacy as the architect of QUAD is stone cast. It is a perfect opportunity at the right juncture for QUAD to consider chalking out Indo-Pacific Charter to honor Shinzo Abe’s legacy. Legacy based on the concrete foundation of the rules-based order, respect for sovereignty, and a united democratic Indo-Pacific coalition.

Abe was a visionary who saw the dark side of China’s rise and the Chinese quest for hegemony in the Indo-Pacific. Former PM Abe had a keen interest in Chinese growth and behavioral shift in the Chinese foreign policy and its engagement in the region. Abe understood that decoupling with the Chinese was not a great proposition; to counter the authoritative Chinese, he underlined the importance of dialogue with like-minded countries in the Asia-Pacific region like India and the US to make the Indo-Pacific “Arc of Freedom and Prosperity.”

It was Abe’s convection that maritime power was so determinative for a peaceful existence. Just as Alfred Mahan’s theory of sea power, Abe was way ahead of his time when he first gave the idea of the ‘idea of broader Asia’ with the first imperative step of reigning in the dragon in 2007.

Way ahead for QUAD

The Atlantic charter was a wartime charter by two navalists Roosevelt and Churchill, who saw freedom of seas as a guarantor to global ascendance. China also seems to be following suit and looks to alter UNCLOS, Global Commons, and maintain its unwarranted dominance in the South China Sea, as also possibly, the Indian Ocean. In today’s world, countries want to maximize their domestic interests through balancing, bandwagoning, and hedging and avoid risking confrontation with China or the US. While Europe now sees China as a systemic challenge and is ready to jump on the US bandwagon against Chinese belligerence, ASEAN’s take is much more balanced with few confluences with the QUAD nations. The first step to the Indo-Pacific charter is establishing credibility in the region as a ‘Force for good,’ refuting the Chinese claim of QUAD being an ‘Asian NATO.’

Writing new rules for technology, economic multilateralism, and adherence to Global Commons is an imperative for the QUAD. However, QUAD should not jeopardize the military component. Flexibility and pragmatism make the QUAD tick and pave the path for other Trilateral (US-Japan-Australia) and Bilateral (India-Australia) defense cooperation based on the convergence of interests to flourish within its aegis of the QUAD.

Cooperation on the critical technologies of the future

The QUAD remains focused on harnessing critical technologies to enhance interoperability and devise an alternative to the Chinese. Record of technology thefts, intellectual property rights issues, and supply chain bottlenecks have made countries anticipate substitutes based on openness, access, security of the entire tech ecosystem, and respect for freedom of expression and privacy that the QUAD is offering. The May 2022 Quad Summit emphasized the tech focus on building a resilient supply chain of semiconductors that is complimentary to each other’s strengths ensuring diversification in the market. In addition to RAN (Radio Access Network) and 5G, there is a collective effort to fortify the critical infrastructure through capacity-building cyberspace programs and developing a dedicated ecosystem to tackle sophisticated cyber threats. Articulation and Prioritization of niche technology in hardware, software, and cyber domains by QUAD is a welcome step for the region.

Shinzo Abe had an unwavering commitment to a National Security Strategy domestically; he attempted to revitalize collective defense against challenges such as piracy, terrorism, illegal smuggling of arms and narcotics, human trafficking, and maritime militia fleet. He helped garner international support for the security-driven notion of Indo-Pacific. During his second term, QUAD nations intensified their military cooperation and defense exercises.

Today countries like Vietnam and the Philippines are keen on expanding their defense ties with QUAD (individually, at least for now). Chinese coercion is tipping the balance in favor of QUAD, and countries that are party to the South China Sea (SCS) dispute seek strategic partnerships and Passage Exercises (PASSEX) with the QUAD nations. The Indo-Pacific Partnership for Maritime Domain Awareness (IPMDA) helps aid smaller regional partners in humanitarian and natural disasters and combat illegal fishing. Illegal, Unreported, and Unregulated (IUU) Fishing has emerged as a vital area of unease. Regional countries are blessed with vast Exclusive Economic Zones (EEZ) but have limited resources for efficiently monitoring these zones.

IPDMA augments existing arrangements, and for the nations across Indo-Pacific, it is a reiteration of the QUAD’s commitment to empowering all actors at sea in the given area of interest. However, IPMDA is a work in progress and needs time and collaborative efforts from like-minded nations across South East Asia.

One of the biggest fallout of the Ukrainian conflict has been the impact on soaring food and oil prices in the region. India offers a fresh perspective on tackling food insecurity and successful outreach to the last man. Food insecurity caused by climate change and inter-state migration is a worrying sign that needs a coordinated approach to mitigate the risks. QUAD nations are food-secure nations, unlike China which can immensely contribute to building capacity in the Indo-Pacific via IPEF (Indo-Pacific Economic Framework).

Economic growth is paramount for the region and runs parallel to the security interests of the major players. Indo Pacific Economic Framework (IPEF), touted as a response to Chinese economic clout, launched on 23 May, consists of four policy pillars – digital trade, the building of resilient supply chains, fulfillment of clean energy commitments, and implementation of fair trade rules with effective taxation and elimination of corruption. The response to IPEF is promising. IPEF attempts to allow countries to decouple from Chinese over-dependence.

This initiative creates a corridor of communication between a broader democratic coalition within the Indian Ocean and Southeast Asia. The IPEF is a reassuring framework to deliver regional stability and prove its effectiveness. However, time will be of the essence as QUAD countries divvy responsibilities and resources while managing the crunch of post-pandemic economies.

In a Turbulent Indo-pacific, Abe’s most enduring legacy was that he built a vision for Free and Open Indo-Pacific (FOIP). With Abe’s loss, QUAD must start the conversations around the Indo-Pacific Charter and make it a reality.