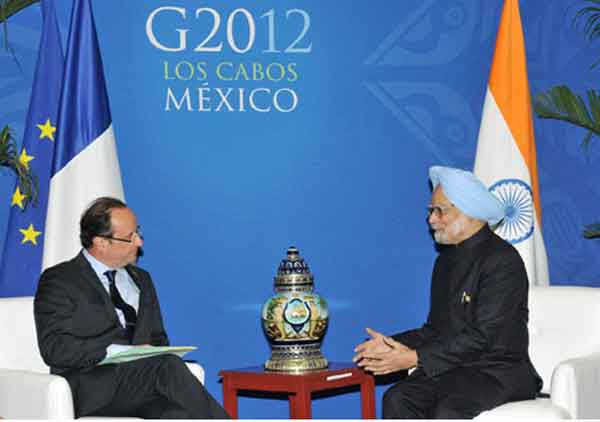 Prime Minister Dr. Manmohan Singh meeting the President of France, Mr. Francois Hollande, on the sidelines of the G-20 Summit, at Los Cabos, Mexico on June 19, 2012.

One may ask, “Will the election of Francois Hollande as President of the French Republic change Indo-French relations?” The answer is, certainly not. It is true that the word ‘India’ did not appear a single time during the entire campaign but to understand François Hollande’s position, it is worth quoting an article published in Le Monde on May 22, 1981 titled, “India Chooses the Mirage 2000 to Modernise its Air Force”. A day earlier, Francois Mitterrand had become the first elected Socialist President of the Fifth Republic. At that time, Pakistan was trying hard to acquire F-16 fighter planes from the US; the fact that India wanted to purchase 150 Mirage 2000 from France on this historic day was highly symbolic of the relations to come.

In the French presidential elections held in May 2012, François Hollande, the Socialist candidate defeated Nicolas Sarkozy, the ‘hyper’ outgoing President winning nearly 52 per cent of the votes. One of the main characteristics of the campaign was the total lack of interest in foreign affairs and defence issues maybe because both candidates were not too apart as far as these two subjects are concerned. Take for instance, Afghanistan. Both Hollande and Sarkozy agreed to withdraw the French contingent. The difference was just a matter of timing; Hollande promised the departure of the French forces before the end of current year, while Sarkozy preferred to wait one more year. There were also some divergences on the integration of the French Army in the NATO. The main difference between the candidates was Paris’ position vis-a-vis Berlin. But now some mutual adjustments are underway and the French-German ‘couple’ will, in all probability, continue to give a lead to Europe Union.

The President of the French Republic is the elected Head of State with extended powers in the fields of defence and foreign affairs and some control over the Prime Minister (Jean-Marc Ayrault) answerable to the Parliament. The French President is also the Commander-in-Chief of the armed forces. During the campaign, the Socialist candidate often stated that when he would become President, he would put an end to “austerity everywhere, austerity that brought desperation to people throughout Europe.” However, it is easier said than done. One of the first decisions of the new government was to cut the staff of the non-priority ministries by 2.5 per cent per year between 2013 and 2015. This excluded four ‘priority’ sectors. Defence, apparently, is not a priority anymore and will eventually face budgetary cuts.

On June 28 this year, the PMO issued a declaration, “The staff of the public sector will experience overall stability. Job creation will only be reserved for education, police, gendarmerie and justice,” adding that, “efforts to reduce the budget by 2.5 per cent every year in other sectors will be required to meet this stability objective.” Indo-French relations, based on the strategic partnership initiated in 1998 during the visit of President Chirac may not, however, suffer due to the present ‘economic’ difficulties confronting France and several European nations.

One may ask, “Will the election of Francois Hollande as President of the French Republic change Indo-French relations?” The answer is, certainly not. It is true that the word ‘India’ did not appear even once during the entire campaign but to understand François Hollande’s position, it is worth quoting an article published in Le Monde on May 22, 1981 titled, “India Chooses the Mirage 2000 to Modernise its Air Force”. A day earlier, Francois Mitterrand had become the first elected Socialist President of the Fifth Republic. At that time, Pakistan was trying hard to acquire F-16 fighter planes from the US. The fact that India’s decision to purchase 150 Mirage 2000 was revealed on this historic day was highly symbolic of the relations to come. 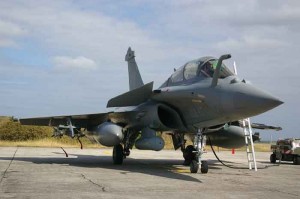 The Rafale combat aircraft which has been selected as the preferred candidate for India’s Medium Multi-Role Combat Aircraft (MMRCA) programme, displayed at Aero India 2013 at Bengaluru

In April 1982, the final agreement on the Mirage 2000 was signed a few months before President Mitterrand’s first State visit to India. Eventually all the Mirages were not delivered but the collaboration between Dassault Aviation and India has continued till date and during his last visit to India in December 2010, President Sarkozy signed an agreement worth $2 billion for upgrade of 51 Mirages. Before President Mitterrand’s second visit to India in February 1989, France concluded a contract for the feasibility study of the construction of an aircraft carrier for the Indian Navy in the dockyards of Cochin. Although this project never fructified, the intentions were honourable. One can expect President Hollande to follow in the footsteps of his political guru (Mitterrand) and ensure that, in the interest of both France and India, the contract for the 126 Medium Multi-Role Combat Aircraft (MMRCA) will be concluded at the earliest. The selection of the Rafale (meaning a ‘Gust of Wind’ in French) for the IAF certainly marks a high point in the long and trusted cooperation between France and India.

No matter who becomes President in France or Prime Minister in India, certain institutionalised mechanisms remain in place…

While President Mitterrand laid the foundation of a solid friendship, regular dialogue was institutionalised during President Chirac’s visit in 1998 through a ‘strategic’ partnership agreement. Practically, this meant:

No matter who becomes President in France or Prime Minister in India, these institutionalised mechanisms would remain in place.

In September 2008, France was the first country to sign a civilian nuclear deal with India, two weeks ahead of the US. In December 2010, when President Sarkozy visited India for a second time, the main feature of his visit was a ‘Framework Agreement’ between Delhi and Paris to build two European Pressurised Reactors (also known as ‘Evolutionary Power Reactor’ or EPR) of 1,650 MW each at a cost of about $9.5 billion. Due to the complexitie4s in coordination between Areva and the Nuclear Power Corporation of India Limited (NPCIL), it may be some time before the project is completed. The Indian media recently reported that Areva India Private Limited expects to sign the contract for two units for Jaitapur nuclear plants by this year end. Arthur Montalembert, Areva India’s Chairman and Managing Director stated, “If we sign the contract by end of this year, the first reactor will be ready by 2020. The second reactor will be ready a year later.” 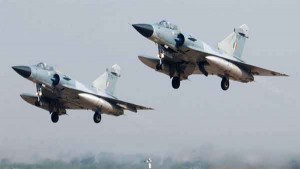 The Jaitapur site in Maharashtra will ultimately have six reactors to produce nearly 10,000 MW of power, a boon for ‘developing’ India. The 2010 Joint Declaration rightly states, “The signing of the General Framework Agreement between NPCIL and Areva represents a significant milestone.” Some had questioned, “Would President Hollande honour these agreements?”

Let us have a look at Hollande’s electoral promises in the nuclear field. There were:

It is clear that President Hollande will vigorously pursue the Indo-French collaboration in Jaitapur by giving all necessary assurances to the Indian authorities and public about the safety of the ‘evolutionary’ plants.

In September 2008, France was the first country to sign a civilian nuclear deal with India…

One domain where a lot needs to be done is the field of educational exchange. Mrs Valerie Pécresse, then French Minister for Higher Education had announced in 2007 a target of 4,000 Indian students going to France for higher studies. Two years later, when President Sarkozy visited India, the objective was still far away.

A collaboration between IIT Jodhpur and France was started with much fanfare but the scheme is today progressing at a slow pace. According to The Indian Express, “France has termed the IIT Jodhpur academic environment and faculty rather unimpressive and the IIT in turn has said what the French are offering them is far too little for an institute of its stature.” Progress has to be made in this field, which could a crucial element for a more sustainable foundation for a deeper economic partnership.

During the past five years, a large number of French companies such as Michelin, Renault and Alstom have set up factories in India and they need to employ French-speaking Indian graduates. The same is valid for French defence industries setting up shop in India. President Hollande or his Education Minister will have to work hard on the issue. As for cultural relations, they will go on regardless of who is at the helm of affairs in India or France.

Coming to the present relations in the field of defence, Air Chief Marshal NAK Browne paid a four-day goodwill visit to France in May 2012. Though no doubt linked with the Rafale deal, it was officially part of the routine bilateral exchange. During his visit, the Air Force Chief met Jean-Yves Le Drian, the new French Defence Minister, Admiral Édouard Guillaud, Chief of Defence Staff and the Director-General of the French Defence Technology and Procurement Agency as well as his counterpart General Jean-Paul Paloméros. 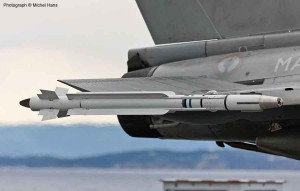 It added, “This visit marks the continuity of a rich bilateral cooperation strengthened by ties of friendship between the respective Air Forces of the two countries. It may be recalled that Air Chief Marshal Paloméros twice visited India in 2011 in February during the international air show ‘Aero India’, then from September 19 to 22 on an official visit.” The IAF Chief visited some air force bases in Cognac, Istres and St Dizier where several Rafale squadrons are based. The Air Chief got a firsthand impression of the Rafale. In Mérignac, near Bordeaux, Browne visited the Rafale’s production facilities. Air Chief Browne was also able to get an update on the ‘refitting’ of IAF’s 51 Mirage-2000 fighters currently undertaken by Dassault (this project will eventually cost over Rs 15,000 crore).

Air Chief Browne’s trip to France was a return call. During his visits to India, his counterpart, General Jean-Paul Paloméros was also taken around different IAF bases, including Jaisalmer and Gwalior. Air Chief Browne was the first important visitor after the take-over by François Hollande and his Prime Minister, Jean-Marc Ayrault.