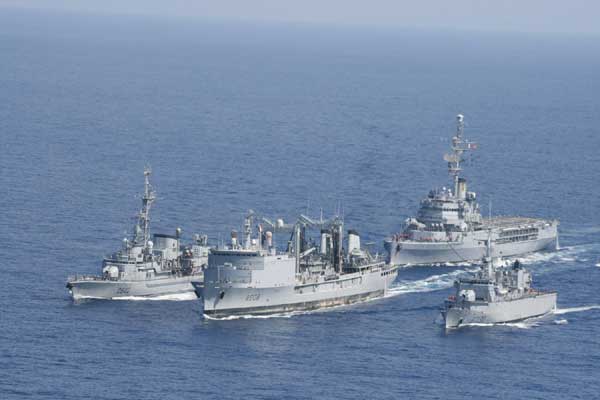 Phase 2: 1971-1990: The Office of the Historian of the US State Department which has recently released the declassified documents of the Nixon Administration terms the policy of the US President as “The Tilt”. While Washington tilted heavily towards Karachi during the Bangladesh Liberation War, Paris’ position was more balanced.

During the debate in the UN Security Council, the French Representative declared: “We appreciate the fact that India cannot feel satisfied with a superficial solution when it has millions of refugees under its care”. The Indian Official Report of the 1971 war stated that although the UK and France were both allies of the United States, “they did not toe the American line”.

During this period, France remained India’s ‘friend’. This translated into moderate arms sales during the next twenty years. From 1971 till its collapse in 1989, the Soviet Union supplied $ 33,622 million dollars of armament to India, while France was only the third exporter with $ 2,113 million (after the United Kingdom $ 7,001 million).13 One thousand short range air-to-air missiles R-550 Magic-1 and 40 PA-6 diesel engines for offshore patrol vessels were ordered in 1979 as well as thousands of Milan anti-tank missiles in 1981.Although the purchase of 150 Mirages, 2000 was announced in December 1981 to counter the American F16s ordered by Pakistan, the final agreement was for 40 planes only. A preferential credit rate of 9.25 percent was offered to India.14 Since India needed the fighter aircraft quickly, the first part of an initial batch of 26 single-seaters and 4 two-seaters was shipped in 1985.15

The second part of this initial batch consisted of 10 more single-seaters with the M53-P2 engine, with these aircraft designated Mirage 2000H. A second batch of six Mirage 2000H single-seaters and three Mirage 2000TH two-seaters was shipped in 1987-1988. En 1986, 9 more planes were ordered.16

France keeping equidistance between India and Pakistan will remain a serious bone of contention between Delhi and Paris during the two decades.

By the end of 198217, India received its first Milans, the reputed Franco-German anti-tank guided missile. The Bharat Dynamics Limited started manufacturing them in January 1985 under a French license.18

Before President Mitterrand’s visit in February 1989, France concluded a contract for the feasibility study of the construction of an aircraft-carrier in the dockyards of Cochin for the Indian Navy; this project never fructified.

It is necessary to mention some events which (directly or indirectly) played a role in the Indo-French relations during these two decades. The contacts between India and France could be said to be cloudless (except for Paris’ propensity to equate Delhi and Islamabad), but lacking dynamism (some watchers called them ‘lethargic’).

In the mid-seventies, Indian and French intelligence had a very friendly rapport.

In 1982, an India-France Defence Memorandum of Understanding was signed. Later the creation of an armament committee and an Indo-French Defence Cooperation Working Group helped to start institutionalising the relations in the field of defence”¦

These are some of the events which influenced, in one way or another, the bilateral relations in the field of defence between the two nations during this period.

It is obviously arbitrary to divide the bilateral rapport in phases which may correspond to important stages in one of the country’s history, but not automatically the other. 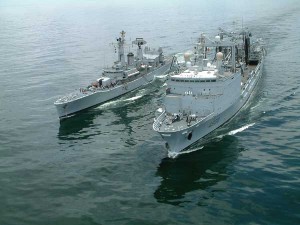 Year 1991 witnessed a new birth for India. After more than 40 years of planned economy patterned on the Soviet model, Narasimha Rao, the Prime Minister had the courage to open up the economy with the results witnessed by everyone today. It was as if the genius of the Indian race, bottled up for all those decades, had suddenly sprung again forth. On the international stage, this period corresponded to the collapse of the Soviet Union and the chaos in Afghanistan, which eventually led to the advent of the Taliban regime.

Despite the disappearance of the Soviet Union and the world turning unipolar, the Russian Republic remained India’s main armament supplier during the period 1992-2006 with $ 13,751 dollars. France was fifth ($ 797 million) after the Netherlands ($ 1,004 million), UK ($ 801 million) and Germany ($ 898 million). With the economic liberalization in India, all efforts were focused to make the local economy vibrant; the percentage of defence expenditure came down from a maximum of 4% in the 1980’s to less than 3% in the nineties (2.6% in 1996 and 2004).

The most interesting aspect of the 90’s was the tremendous boost in bilateral relations given by the visits of President Chirac in January 1998 and Prime Minister Vajpayee’s trip to Paris later in the year.

Year 1991 witnessed a new birth for India. After more than 40 years of planned economy patterned on the Soviet model, Narasimha Rao, the Prime Minister had the courage to open up the economy with the results witnessed by everyone today. It was as if the genius of the Indian race, bottled up for all those decades, had suddenly sprung again forth.

The most striking feature was the setting up of a framework for a strategic partnership. Before reaching Delhi, the French President had declared that he was keen on an “ambitious partnership”. Using a de Gaulle-like language, Jacques Chirac saluted India, “a nation which has affirmed its personality on the world stage”. He said that he had come to show that “France wanted to accompany India in its potent march [towards the future].”

Inaugurating a seminar in Vigyan Bhavan, the French President elaborated on the nuclear deal. Reminding that “certain conditions are to be met”,22 he however suggested to: “reflect, together with those of our partners involved, on the ways to reconcile our common will to co-operate and the necessary respect for the rules the international community has set itself”. Nine years later, a similar language could be used by President Sarkozy when he visits Delhi in January 2008.

Chirac’s words were not mere political niceties. When India conducted its nuclear tests in Pokhran in May, France was one of the few countries which did not condemned Delhi (or impose sanction). This was greatly appreciated in Delhi and when Prime Minister Vajpayee returned Chirac’s visit in October, the new strategic dialogue could take its first concrete steps.23

These events set in motion a closer collaboration. From the friendship mentioned by de Gaulle, the relation had become a partnership. By putting proper structures in place, the dialogue was institutionalized: 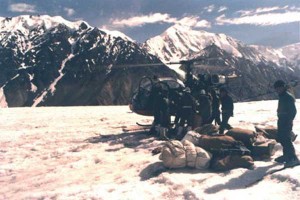 The bilateral relations have benefited in several ways: 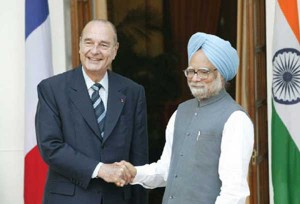 Though President Chirac’s visit to India in February 2006 was marred by the Clémenceau controversy, it further cemented the close relations between the two nations. On the eve of the visit, France’s ambassador Dominique Girard had summed up the relations: “Our two nations, now more than ever before, have a major responsibility in relation to the rest of the international community and the promotion of peace and development. The strategic partnership that they have forged with one another must be based on sound and co-ordinated defence systems”.