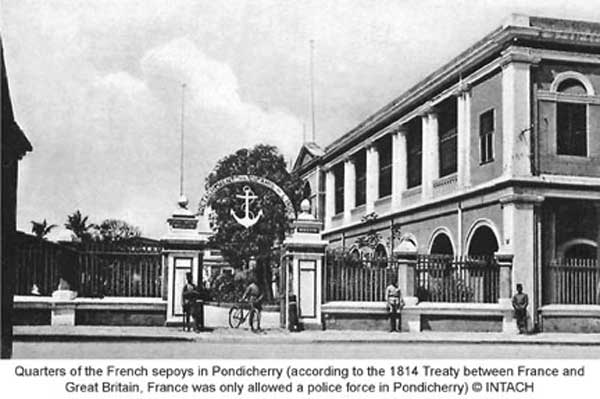 The French President had written to Nehru a few days earlier: “We can not approve that border claims are settled by military actions which is in any case disproportionate with the pro-claimed objectives [of the Chinese]“.

‘Discrimination’ will remain at the core of the Indian position in the decades to come.6

The French armament sales during this first phase were relatively large despite the factors mentioned above. Though the Indian Air Force did not directly take part in the conflict with China, 49 Ouragan fighter planes (produced by Dassault Aviation), 110 Mystère and 12 Alizée (of Bréguet Aviation) were in service in 1962. Further, 150 AMX 13 light tanks were sold to India after an agreement signed in 1957. The total arms sales from France between 1950 and 1962 amounted to $794 million according to the SIPRI database,7 which made it the second most important after UK ($4,612 million) and before USSR ($612 million) and the US ($248 million).

On September 22, 1962, General de Gaulle received Nehru in Paris. Nehru first congratulated him for the settlement of the Algerian crisis as well as the ratification of the cession of the French Establishments in India. De Gaulle replied that he was happy to see that India had dealt successfully with some of the issues on which the West had doubts at the time of independence. At the end of the meeting, Nehru pointed out at the danger coming from China “which spent most of its resources for preparing the bomb… It is for them a question of prestige,” explained a worried Indian Minister who however did not request the French President for armaments.8

Four weeks after the meeting in Paris, the Chinese attack India.

Unfortunately for the two nations, this did not translate into a significant improvement in the Indo-French relations.

On October 27, Nehru called French Ambassador Jean-Paul Garnier to tell him that it is “an invasion, pure and simple”. On November 30, Ambassador Ali Javar Jung met de Gaulle in Paris to thank him for his support. The French President had written to Nehru a few days earlier: “We can not approve that border claims are settled by military actions which is in any case disproportionate with the pro-claimed objectives [of the Chinese]“.

During this encounter with the Indian Ambassador, the General conveyed to him what would be the core of the French position for several decades. He told Jung: “France is the friend of India, not its ally and therefore will not provide any [military] support which in any case, has not been requested by India.” Paris was prepared to provide some military supplies to Delhi (and this in consultation with the US), but was not ready to intervene. For India, the war marked (at least temporarily) a U-turn in its foreign policy. The Indian Ambassador admitted to de Gaulle: “it throws the entire non-aligned policy of India back into question”.

In the years to come, Delhi would remain ‘non-aligned’ while in fact leaning towards the Soviet Union. The responsibility lies partly with the US and the UK. When India was down and bleeding, Averell Harriman, the US Assistant Secretary of State and Duncan Sandys, the British Secretary for Commonwealth Relations, visited India. They arrived two days after Beijing had unilaterally declared a ceasefire. They “made clear their governments’ willingness to provide military assistance to India, but pointed out the related need for negotiations to resolve the Kashmir dispute.”

Six rounds of talks on Kashmir between Pakistan and India followed the US and UK Envoys’ visit. The Western governements discovered that not only had the exercise failed, but Ayub Khan had already begun a dangerous flirtation with China.9 By that time, de Gaulle had started looking eastward; he sent one of his ministers, Edgar Faure to visit the Middle Kingdom.

On January 31, 1964, General de Gaulle stated: “China, a great people, the most populous of the planet, a race patient, industrious, hard-working… a State more ancient than history, steadfast and proud of its ageless continuity; that is China of the age.” He had decided to recognize the People’s Republic of China. France had found a new friend.

The “˜commercial attitude of the French government was not always appreciated by its Western allies, but it enhanced Frances image in Delhi who probably considered France as the most reliable Western “˜friend.

The Americans were deeply unhappy. Chester Bowles, the new US Ambassador in Delhi told the Secretary of State: “Recognition is primarily [an] act demonstrating French independence of American control in foreign affairs.” And he added: “No concession or bribe of any kind will affect de Gaulle’s attitude or policies. He would regard any such gesture on our part as confirmation of the correctness of his views.”

This ‘independent’ attitude of the French government was in many ways similar to the one advocated by Nehru, minus of course, the Force de frappe.10 Unfortunately for the two nations, this did not translate into a significant improvement in the Indo-French relations.

After the October-November 1962 debacle, India turned its energies towards self-reliance. Nehru had to build up the nation’s defence against an enemy that the Prime Minister had thought to be a brother. During the four-week long India-China war, Delhi had looked westward for support. Paradoxically, though Moscow’s stance had been ambiguous during the conflict, during the following decades Delhi increasingly relied on the Soviet Union for its arms supply.

France remained a friend, not an ally. Arms supplies from France nevertheless reached  $ 323 million between 1963 and 1971, while the tally of the Soviet Union touched $ 7,100 million (and $ 76 million for the US). Paris’s approach was businesslike and restricted to arms sales.11 During the period between 1962 and 1971, the French sales mainly pertained to Alizé aircrafts, AS-30 air-to-surface missiles, Entac and SS-11/AS-11 anti-tank missiles.

In the following years, the increase in American armament deliveries to Pakistan worsened the situation in South Asia (Pakistan was supplied $ 285 million between 1963 and 1965, while India received $ 75 million only). This probably emboldened Pakistan to start Operation Gibraltar,12 which triggered a new conflict between India and Pakistan in September 1965. During the short war, France followed the US’s leadership and imposed an arm embargo against the belligerents. Paris however continued to send spare parts for French aircrafts. The embargo was lifted in March 1966.

The ‘commercial’ attitude of the French government was not always appreciated by its Western allies, but it enhanced France’s image in Delhi who probably considered France as the most reliable Western ‘friend’.