India’s Tryst with Military History: Glass is half full! 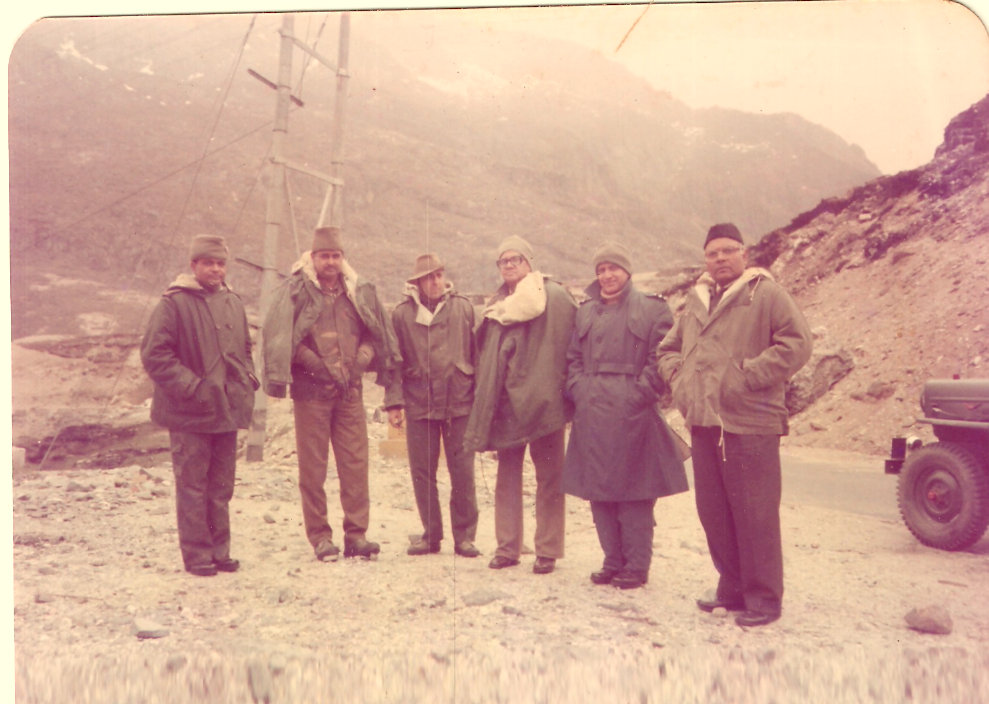 Defence Minister Shri Rajnath Singh’s announcement that the Defence Ministry will follow a policy of writing war history within 5 years of the conflict and most documents will be declassified after two and half decades, is indeed a welcome move. As someone who was the last acting head of the history division, it is heartening to know that after 31 years the history division being disbanded, importance of military history to help decision making is being recognized.

There are many skeptics, especially amongst the professional soldiers who scoff at the importance of military history claiming that changes in technology etc makes it redundant. There is some merit in this argument especially in an era of rapid technological change. But the value of military history as a tool to learning from the decision-making remains paramount. Ultimately, leadership’s most important function is decision making. Being unaware of the past, we are condemned to repeat the mistakes of the past.

1962 Sino-Indian border conflict is a prime example. The Henderson Brooks- Bhagat report was/is a narrowly focused document that essentially dealt with the debacle in North East Frontier Agency (now the state of Arunachal Pradesh). This was indeed the mandate and naturally the enquiry did not delve into higher direction of war. In fact it did not touch on the crucial aspect of non-use of offensive air support. It was this author in consultation with Air Commodore OP Sharma, who raised this vital question for the first time in the course of researching/writing the official history of 1962 war. After extensive scanning of the records at the air headquarters and interviews with the then chief of operations, it came to light that mis-information/exaggerated claims about Chinese threat to Calcutta was the driving force behind the crucial blunder of keeping the Air Force fighters ‘idle’ while the army suffered loss of morale and a rout. In hindsight (which is always 20:20) indicators are that if, and it is a big ‘if’, we had indeed used the fighter air support in Ladakh and NEFA we could have given a bloody nose to the Chinese!

The geo political implications of this ‘Himalayan Blunder’ continued to reverberate for over five decades till the last year’s confrontation where the synergy between army and the Air Force resulted in checkmating the Chinese.

The saga of nonuse of the air force continued in the 1965 Indo-Pak conflict as well. On 6 Sep 1965, as the Indian army began its advance towards Lahore, it achieved complete surprise and advance troops not only crossed the Ichhogil canal but reached the Bata Shoe factory on the outskirts of Lahore. The Pakistanis however soon recovered from the initial shock and in ferocious counter attacks pushed back the army. Again, like in 1962, we never used air support. In fact our advance into Pakistan on 6 Sep 1965 is the only instance of ground offensive without air support post WWII. In less than two years time, Israel in Six day war was to demonstrate how a pre-emptive air strike can achieve a total victory on ground.

If we were to have had at least a semblance of army/air force co-ordination, Indian troops would have certainly reached Lahore on that fateful September day! Would Pakistan have survived such a blow? Would the army still be calling the shots there if it was shown to be incapable of defending Pakistan? Again the geo-political repercussions of this Himalayan Blunder 2.0 are truly mind boggling.

It is indeed worth speculating that in the immediate aftermath an honest review of the 1962 blunders was carried out, we may not have repeated our mistakes.

Luckily for us a model exists that can be revived. The story of History Division is one of success and needs to be retold. It is believed that in 1980 when Indira Gandhi came back to power, she queried from the army hq about the ‘official history’ of 1971 war, in which she played a prominent role. She got an answer that it does not exist! She is then believed to have consulted the then Vice Chief of Army Staff, Lt. Gen SK Sinha, a military historian in his own right (remember his work on ‘Mutiny on Bias-untold story of Alexander’s invasion of India), and a decision was taken to recall Dr. SN Prasad, who had retired as director of National Archives and formerly of history cell of defence ministry. Dr. Prasad had already co-authored several important works like the Indian Armed Forces in WWII, history of J&K operations. Dr. Prasad, a DPhil from Allahbad university was also a post-doctoral fellow of Princeton university and rendered valuable service during the 1965 Indo-Pak war as special advisor. There could have been no better choice. Dr. Prasad realized that to carry out the task in stipulated period of 3 years he needed a broad based team. He got together historians from universities, some analysts from intelligence organisations and senior officers from army navy and air force with a flair for research.

History division under his able guidance not only studied all the relevant documents but also supplemented it with personal interviews of principal participants and visits to battle fields where ever possible. Mrs. Indira Gandhi was highly impressed with the division as it completed the task in the given time. When the completed work was presented to her, she felt that similar exercise should be carried out about the 1962, 1965 wars and also the counterinsurgency operations in North East (Nagaland and Mizoram) and sanctioned the continuance of the history division to complete these projects.

In 1986 December, after completing my doctorate from Pune University in defence studies department I was drafted as an additional member army as it was felt that the land aspect of the histories needed an additional hand. By July 1990 all the projects were completed and edited manuscripts were handed over to the ministry. In this project my contribution was as co-author of 1962 history and story of insurgency in Mizoram.

It is nobody’s contention that these are ‘complete’ histories. A glaring lacunae was the absence of any input from foreign ministry. The ministry of external affairs attitude throughout was of very little co-operation and stout opposition to the publication of these accounts.

If the defence minister is indeed serious about the intent to write the history of post 1971 major conflicts, it is imperative that organisation on the lines of history division should be revived. To correct the mistakes of the past, it will be worthwhile to associate members of foreign service as well as from home ministry in order to arrive at holistic picture of the conflicts to be studied.

The biggest challenge will however be to find a scholar of Dr. SN Prasad’s caliber. By its very nature, ministry must look at retired service officers with track record and not confine itself to academics alone. Luckily ever since the study leave programme of 1986, there are academically trained service personnel available. The service members from armed forces must be serving officers with future so as to facilitate access and co-operation from services. At no cost should it become a sinecure for ‘re-employment’ of retired.

To make the task easier the history division must have full access to the various enquiry committee reports as well as Top Secret material. Once completed, the histories should be widely circulated within the govt. as classified documents till such time as it is thought fit to declassify them.

Till the time these organisations are brought into existence, the glass would remain half full as far as writing of military history is concerned in order to build and preserve historical memories in the defence apparatus. 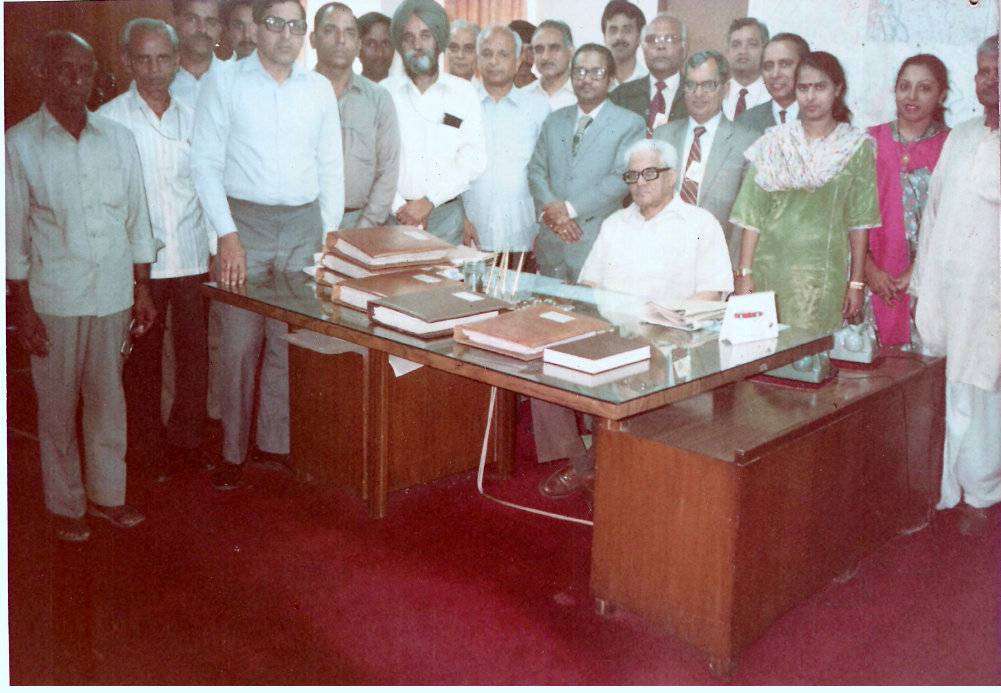 Dr Prasad with his team in Sena Bhavan. 1990