India’s Participation in RATS-SCO: Challenges Ahead 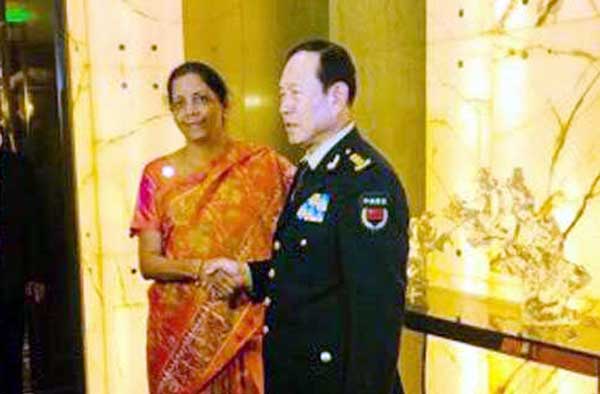 A meeting of the defence ministers of the Shanghai Cooperation Organization (SCO) was held in Beijing on April 24, 2018. This is the first meeting attended by India and Pakistan after they have become full-fledged members of the Shanghai Cooperation Organization (SCO) at the Astana Summit on June 8-9, 2017.The participants in the meeting reaffirmed their commitment “to enhancing trust among SCO member states on military matters, and working together to counter new challenges and threats, as well as ensuring that peace, stability and security in the region remain priorities for SCO member states.”[1]The Shanghai Cooperation Organization (SCO) has made outstanding achievements in combating the three evil forces of terrorism, separatism and extremism. Addressing this meeting on April 24, 2018, Indian Defence Minister Nirmala Sitharaman highlighted that “international terrorism is today the most serious threat to our peaceful societies. Terrorism threatens to derail our developmental aspirations and create sustained instability both within our countries and across national borders.”[2]India has always stressed for enhanced cooperation between India and the SCO in countering these evils in the region.

In order to provide the legal support for its counterterrorist activities and to implement the Shanghai Convention, the SCO established the Regional Anti-Terrorist Structure(RATS) in 2002.The Executive Committee of the RATS is the permanent body of the SCO based in Tashkent. It is noteworthy that the SCO countries established the practice of conducting joint anti-terrorist exercises. Regular participation in the meetings of Regional Anti-Terrorist Structure (RATS) and joint military exercises may provide the new level of intelligence sharing and it also enhance counter-terrorism strategies to fight terror.[3] This is further clarified by MEA joint secretary (Eurasia) G V Srinivas in a press conference. He said that, “There’s little possibility of India staying out of such an exercise. We hope to benefit from RATS joint exercises against terrorism and also its data bank on terrorists.”[4]

India considers RATS as an important and effective organisation in fight against terrorism. The Regional Anti-Terrorist Structure of Shanghai Cooperation Organization (RATS SCO) possesses data on 2,500 suicide bombers and 69 terrorist organizations.[5]In accordance with the decisions and approval of the RATS SCO Council, a List comprising more than 100 organizations, including “Islamic State”, “Islamic Movement of Eastern Turkestan”, “Hizbut-Tahrir al Islami”, “Islamic Renaissance Party of Tajikistan”, etc. which includes more than 3,000 individuals, whose activities are banned on the territories of the SCO member states.[6]Moreover, the SCO has already banned Lashkar-e-Taiba (Pakistan) during its meeting in Bishkek in 2007.[7] India should also insist SCO member states to include Jaish-e-Mohammed (JeM) and Hizbul Mujahideen (HM) in the List of banned organizations in SCO Territory as well as which would be more useful for India in fighting terrorism in the state of Jammu and Kashmir, where it has been battling insurgency for more than two decades.

The Shanghai Cooperation Organization’s member-countries will hold the next joint military exercise “Peace Mission” in Russia in 2018. India and Pakistan, along with the other member states, will participate in joint exercises against terrorism under the banner of RATS (Regional Anti-Terrorist Structure) of SCO. Probably this would be the first exercise, but not the first engagement, as both have worked together before under the supervision of the UN. In this context, India and Pakistan will have to act in strict accordance with the SCO Charter which states that “The main SCO goals and tasks shall be: strengthening mutual trust, friendship and good-neighbourliness between the member States; development of multifaceted cooperation in the maintenance and strengthening of peace, security and stability in the region and promotion of a new democratic, fair and rational political and economic international order; joint combating terrorism, separatism and extremism in all their manifestations, fighting against illicit narcotics and arms trafficking and other types of transnational criminal activity, and also illegal migration”.

However, there are certain apprehensions about the cooperation between India and Pakistan in the field of counter-terrorism because both states have a long tradition of suspicion and rivalry on various issues including Kashmir. For instance, they have different views on cross-border attacks in Kashmir. As one of the Russian scholar suggested that “any direct interference in the Kashmir issue should be avoided from the start.”[8] He further warned that failing to help to manage the relationship between India and Pakistan carries a serious risk for the entire SCO project. Similarly, other argued that “hardly anyone within the SCO would like to see the Kashmir issue being brought to the table. But it is no secret that Pakistan has long been insisting on its internationalization.”[9]India has clarified from very beginning that there is no role for third-party mediation in India-Pakistan conflict. This is further explained by SCO Secretary General Rashid Alimov during an interview with TASS correspondence where he stated that “I would like to note that the SCO does not deal with resolving bilateral disputes, be it border disputes, water disputes or any other matters in relations between certain member states. This is also true of the Indian-Pakistani problem.”[10]

It would be very difficult for Indian Government to get convinced the other SCO member states regarding Pakistan’s involvement in the separatist movements in Kashmir. Therefore, India has little to gain in this context because the member states will avoid in mediating on the bilateral disputes (Kashmir) as long as both side request to do so. Consequently, only the sharing of information within the framework of the Regional Anti-Terrorist Structure (RATS) is possible in the SCO but not a joint struggle against terror. It is still undefined that to what extent India will be able to utilise the SCO platform to advance its own security and economic interests, in a situation where Chinese influence within the organisation remains at its uttermost.

[4] “India to use Shanghai Cooperation Organisation in its war on terror”, June 8, 2017, http://timesofindia.indiatimes.com/india/india-to-use-sco-in-its-war-on-terror/articleshow/59044465.cms

[6]About Information Accounts of the Regional Anti-Terrorist Structure of the Shanghai Cooperation Organization, August 18, 2017, http://www.european-times.com/about-information-accounts-regional-anti-terrorist-structure-of-the-shanghai-cooperation-organization/