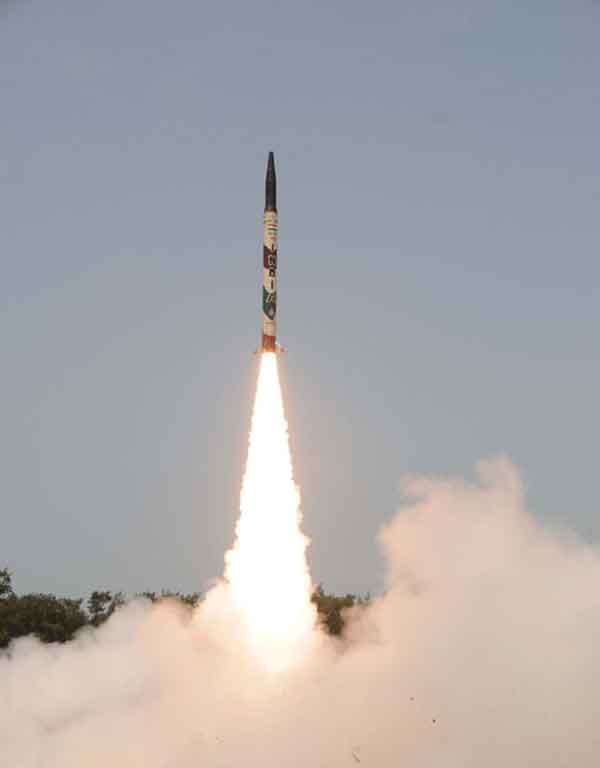 Remember “Atoms for Peace”? US President Dwight Eisenhower believed that arms reduction wouldn’t be sufficient and floated an idea of using nuclear energy as a way to redeem humankind.

However, proliferation issues started in South Asia with the Indian move to convert nuclear technology from peaceful purposes to weaponisation. India used plutonium from a donated Canadian reactor to make its first bomb in 1974. The nuclear explosion of 1974 itself is a clear example of converting nuclear technology for the devastation of humankind. India diverted nuclear fuel from Canadian reactors, supplied for peaceful and civilian use, to conduct a nuclear weapons test.

Since then, India has been working towards building a robust nuclear weapons programme. Indian actions had, from the beginning, weakened the statute of the International Atomic Energy Agency (IAEA). Ahead of this, India used the Atoms for Peace agreements in the 1960s to further its nuclear weapons programme. It undermined the Non-Proliferation Treaty (NPT) with its early 70’s ‘peaceful nuclear explosion.’ Those nuclear tests changed the subtle strategic equation in strong favour of India.

Nuclear proliferation in South Asia is focussed on the covert development of nuclear weapons. Skipping the pages of history, a major development occurred in the 21st century, with India receiving special treatment from the U.S in the Indo-U.S civil nuclear deal.

It is a particularly significant development from New Delhi’s perspective and it altered South Asian strategic asymmetry in Indian’s favour. Undoubtedly, it undermined Pakistan’s security and necessitated a requisite strategic response from Islamabad. India’s nuclear programme is moving forward rapidly, without any hindrance, with an increasing number of nuclear and missile deals from great powers.

Pakistan’s problem is not that India has nuclear warheads— even if India has just one functional warhead, it is one too many. This means that Pakistan reserves all the right to take suitable measures for its security.

Despite dramatization of Pakistan’s nuclear capabilities, it is quite clear that South Asia has remained safe from any major conflict due to Pakistan’s nuclear weapons. Being outside the NPT, India has a flourishing and large nuclear power programme. It is relying on plutonium for developing nuclear weapons – which was the same as in its Pokhran-I (1974) test and in the Pokhran-II tests, conducted in May 1998. With increased amount of fissile material produced, such as from construction of 1250 MW fast-breeder reactors, it continues to produce fissile material for weapons while operating a plutonium production reactor, Dhruva, and a uranium enrichment facility, that are not subject to IAEA safeguards.

Increasing its nuclear stockpile by as many as 28-35 weapons annually, India is currently strengthening its capability to enrich uranium from numerous deals made with other countries.

According to the SIPRI Yearbook 2014, India began construction of a second industrial scale enrichment plant at Karnataka, which will not be under IAEA safeguards. It is a critical time for other countries to take serious note of a quantitative increase in nuclear stockpiles by India, to counter its vertical proliferation and ‘normalizing’ South Asia.

India has claimed that it has a spotless non-proliferation record and that it should be included in the nuclear mainstream countries and also made part of the Nuclear Suppliers Group (NSG). The US is leaving no stone unturned in helping India to become member of the NSG. These steps have been weakening the NPT as Indian access to international markets to acquire fissile material has enabled it to divert domestically produced material for WMD production without any practical hurdle. Hence, all this is endangering the future of non-proliferation mechanisms based on the pillars of NPT.

India has been consistently relying on its nuclear weapons as a means of warding off potential attacks from a powerful neighbour. This incremental policy of New Delhi has increased the chance of nuclear war in South Asia. Thus, the threat of a potentially more aggressive Indian nuclear stance from the “peaceful nuclear explosions” of 1974 has destabilized the region and their continuous efforts to build  more weapons has made the already rocky situation in South Asia more volatile.

is a graduate in defence and diplomatic studies from Fatima Jinnah Women’s University, Pakistan.