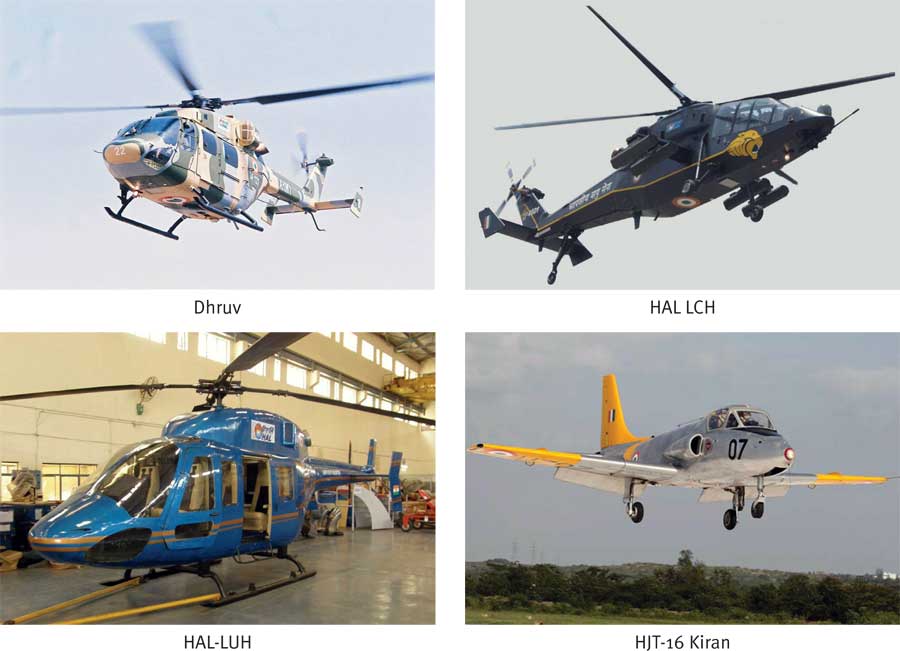 India made its debut entrance into the international air show circuit two decades ago with an aerospace and defence event — the Aero India Show. The tenth edition (in 2015) was used by Prime Minister Narendra Modi to personally inaugurate the event — both the build up to the inauguration and Modi’s inaugural speech had ‘Make in India’ campaign as their single-minded focus.

Cynical comments lampooned the fact that the ‘Make in India’ campaign itself had been devised by a non-Indian company (Wieden+Kennedy, founded in the US). During the two years since then, Modi’s personal exhortations on ‘Make in India’ did not appear to influence the defence and aerospace market significantly. This year’s event, shorn of all its hype and statistics, was also a damp squib as far as ‘Make in India’ is concerned. This article addresses the relevance of the Aero India Show to ‘Make in India’ and vice versa.

India has made impressive economic progress over the last two decades but it is worth noting that ‘Make in India” cannot be attributed with any credit in this regard. As far as the Aero India Show is concerned, while it has developed into a defence business hub for Asia, it has not palpably helped Make in India — the response from international entities has been lukewarm, largely due to the slow pace of accompanying changes to make the business environment more friendly to global companies (as also their prospective Indian partners).

Indeed, Make in India as a whole is in need of an introspective exercise. The all-important ‘strategic partner’ chapter of the Defence Procurement Procedure 2016 is yet to make its appearance. There was a great expectation that it would be promulgated during this year’s Aero Show but the uncertainty continues.

The 2017 Show attracted 270 Indian enterprises and 279 foreign exhibitors from 51 countries. However, these impressive figures did not translate into equally impressive business transactions. A number of agreements and MOUs (not business deals), projected as Make in India, were signed.

The prominent ones were Thales UK signing up with Bharat Dynamics Ltd (BDL) to assess opportunities for transfer of technology of the STARStreak man-portable surface-to-air missile system; European group MBDA setting up a joint venture with Larsen & Toubro aimed at exploring the missile space for opportunities; and Raytheon Company of the US signing an MOU with a subsidiary of India’s Tata Group to jointly produce the Stinger ground-to-air missile parts in India.

Israel’s IAI (the company that provided the wherewithal to convert an IL-76 into an Airborne Early Warning [AEW] aircraft for use by the Indian Air Force) moved ahead further and signed an MOU with Kalyani Strategic Systems Limited to form a joint venture in India; an agreement with Dynamatic Technologies relating to mini-UAVs ‘to jointly address the needs of the Indian UAV market’ in terms of production, assembly and support; and a cooperative agreement with Taneja Aerospace & Aviation to develop, produce and market crash-worthy seats for both the defence and civil sectors.

The sole business deal to be signed at the Show (a saving grace that warded off a complete whitewash) was between Saab subsidiary Saab Grintek Defence and Hindustan Aeronautics Limited’s Avionics Division for transfer of technology for maintenance (in India) of Saab’s Integrated Defensive Aids Suite system for $8.5 million.

The ‘India’ part of the Show’s title was a bit of a travesty as the Indian content was pitifully meagre and the persistent pursuit of Make in India distressing in its failure to impress.

On the first day of the Show, an Embraer 145 turboprop aircraft with DRDO integration into an Airborne Early Warning & Control (AEW&C) aircraft was handed over to the Indian Air Force (IAF). HAL announced a new Indian Multi-Role Helicopter (IMRH) — its mock-up displayed at the show was mocked at by some as unlikely to be consummated.

The question of what is happening to the Kamov-226T utility helicopter manufacturing line that was to come up at the Tumakuru setup remained unanswered throughout the Show. HAL used the event as an opportunity to flaunt the Light Combat Aircraft (LCA) Tejas, the HTT-40 turboprop trainer, and the Advanced Hawk Trainer aircraft Hawk-I — a joint development with British Aerospace.

The Saab Gripen and the Lockheed Martin F-16 were present (and flown during the Show to appreciative audiences) so as to pursue the Make in India grail while Israel, a substantive aerospace and defence partner with 25 years of association with India, had, in the Israeli pavilion, the presence of 11 Israeli companies including IAI. Airbus Helicopters and Bell Helicopters were busy chasing Indian Navy’s twin-engine helicopter requirement which has now grown to an urgent and alarming need.

The Rafale deal with Dassault was a sordid story, yet to be concluded, and has certainly not left the French amused. US President Donald Trump’s cards are still unfolding and there is an element of uncertainty about whither India-US collaboration in aerospace and defence will go.

The US has indeed been pushing for India to purchase the F-16 as it moves ahead to replenish the Indian Air Force’s depleting squadron strength — the impending closure of the F-16 assembly line in Fort Worth is a matter of concern as well as an opportunity (for the Make in India push). The other contender for the 200-300 aircraft hiatus is Saab Gripen to whose procurement would be implicit the fact that it is powered by a US-produced GE engine.

India’s long standing defence sales partner is, of course, Russia but there is a shadow over future deals with Russia due to the US-imposed Specially Designated Nationals (SDN) sanctions on some Russian companies consequent to which Indian banks are unable to provide guarantees to most Russian companies for the purpose of bidding for any Indian project.

Russia (and before that the Soviet Union) have been India’s most reliable suppliers of modern technology and equipment and even today the most valuable aircraft with the IAF are Russian in origin. The Fifth Generation Fighter Aircraft (FGFA) joint venture with Russia has been see-sawing for the last three years now and the future is not too clear yet on this design although its promise is mouth-watering. Despite these uncertainties, India has no choice but to enter into arrangements with one or more of them.

The reason is that indigenous aerospace industry is lagging dismally in the aircraft manufacturing space. While public investment in the aerospace and defence industrial complexes has been profuse and profligate, results have been incommensurate with the outlay, with the cheering exception of ISRO.

No civil aircraft has been developed and inducted into commercial use while in the military space ‘too little and too late’ is an apt description of Hindustan Aeronautics Limited’s productivity. Tejas, the only fighter aircraft produced indigenously, was thrust down a reluctant IAF’s throat while the Navy resisted staunchly and saved itself from being lumped with a mediocre aircraft (procuring which would have shut the doors on the search for a better one).

So what is the prognosis?

HAL’s internal inefficiencies, which have now assumed chronic consistency, are unlikely to produce a leading edge fighter aircraft in the foreseeable future unless HAL is privatised — HAL, with a strong lobby at the Centre, will resist tooth and nail.

The solution lies in private participation which, in the field of aerospace, is scant and stunted. While some big groups have made inroads into aerospace manufacturing (more through foreign patronage than indigenous encouragement), their overall contribution is lowly. MSMEs are in an even worse situation. The strategic partners chapter of DPP 2016 is now a year delayed and one hopes it will bring some cheer to private industry, whenever it comes.

India has two biennial air shows (one run by the Defence Ministry and one by the Civil Aviation Ministry) but little to show in terms of indigenous aerospace manufacturing capability. The environment for doing business is one reason but the government’s patronage of the hugely inefficient HAL is the other.

If India is to become a global aerospace manufacturing power, privatisation of the aerospace industry is the key. Each passing day, the nation pays for its procrastination in moving towards that objective.

One thought on “India’s Aerospace Industry: In Privatisation Lies the Key”