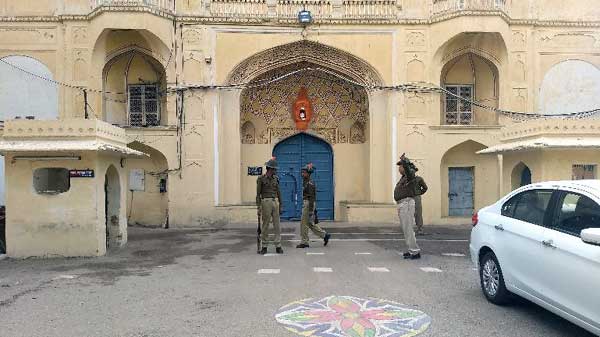 Speaking at an event in Jaipur during June 2015, then Defence Minister Manohar Parrikar said, “In the past, when there was a letter from a military commanding officer to an IAS officer or any other authority, it received attention of the highest order. Today, that respect has diminished… One reason is that for 40-50 years, we have not fought a war. I am not saying we should go to war. I am saying that because we haven’t fought a war, the importance of the Army in our minds has dwindled.”

Parrikar, God bless his soul, was probably unaware that: successive surveys have shown public holds the military in highest esteem in the country; war  is not limited to ‘conventional war’ and; hard power earns respect for a nation and wars cannot be fought with rhetoric and propaganda for domestic consumption.

Sadly it is the politicians, solely dependent on bureaucrats, who have scant respect for the military; showing a little during elections or public events like on August 15. There is a special category also who have no compunction in saying that people join the army to die.

Yes politicians do remember soldiers during conflict and maybe use them as vote-catchers – remember image of Squadron Leader (now Wing Commander) Abhinandan Varthaman, who shot down a Pakistani F-16 fighter, on an election billboard. The public expected gallantry award announced on Independence Day 2020 to include at least some of those who laid down their lives fighting in Galwan. Now there is speculation some of their photos may adorn billboards during upcoming Bihar elections.

India took 93,000 Pakistani prisoners of war (POWs) during the 1971 Indo-Pak War, decimating East Pakistan and facilitating the birth of Bangadesh. It was the largest number of POWs taken since World War II even as America sided with Pakistan.  But the gains were frittered away over champagne with breakfast over signing the Shimla Agreement on July 2, 1972 between Prime Ministers Indira Gandhi and ZA Bhutto. Not only was the issue of Pakistan Occupied Kashmir (POK) not resolved, India did not even ask for the return of 56 Indian prisoners in Pakistan. This exchange was not even done while returning the 93,000 POWs to Pakistan after hosting them for several months.  It has been emerging in media that Pakistan denies holding them though there is evidence to the contrary in many cases.

Significantly, whatever has been discussed in India-Pakistan dialogues over the decades is covered by the media but there has never been any mention of India asking for these POWs and Pakistan denying holding them. This gives the impression that neither the ruling politicians nor the diplomats engaged in such dialogue have been interested in the subject.

All that happened is tabling a list of ‘missing in action’ armed forces personnel in Lok Sabha in 1979 by Samarendra Kundu, Minister of State of External Affairs, in reply to a question raised by MP Amarsingh Pathawa; details of which are as under:

The question is if Pakistan indeed had denied holding the above prisoners, why has India not been pressing the issue every time evidence emerged that they were indeed in Pakistani jails. Our intelligence agencies should have more evidence (if they were tasked by governments at all) but following is relevant proof:

•  Name of Major AK Suri (5 ASSAM) was announced in Punjab Durbar program of Radio Lahore on January 6-7, 1972. His father received handwritten notes from Major Suri dated 7th December 7, 1974 and June 14, 15 and 16, 1975 – last three from Karachi disclosing that there were 20 more Indian officers detained on charges of spying.

•  Pakistan Observer dated December 5, 1971 carried news ex Rawalpindi datelined December 4, 1971, that five Indian pilots had been captured alive. One of the names published was that of Flight Lieutenant VV Tambay.

•  Name of Captain Ravinder Kaura (39 Medium Regiment) as prisoner was announced by Pakistan Radio on December 7, 1991.

•  Major Kanwaljit Singh Sandhu (15 Punjab) wrote to Prime Minister Indira Gandhi in 1980 condoling death of Sanjay Gandhi and pleaded he and his colleagues be released by Pakistan.

Above are just few examples. The question here is whether the nation or more so, the governments of all dispensations are truly concerned at all and why can we not raise the issue at international level? Is it a question of passing the buck between the defence and external affairs ministries with nobody accountable?

The government of the Country is formed by the political representatives of the people, not the bureaucrats, therefore, the onus lies with them to pursue the matter.  We are continuing to talk to China for the so-called “disengagement” while PLA is merrily consolidating in the intrusion areas in Eastern Ladakh. So why cannot we keep pressing Pakistan for releasing our POWs even if some of them have been killed or shifted to jails abroad?  As it is our national intransigence towards torture of our soldiers is sickening.

Mr KK Kalia has been running from pillar to post to get justice for his son Captain Saurabh Kalia without any government help. But the fact is that all personnel in the patrol led by Captain Saurabh Kalia were tortured and killed by Pakistani army in 1999; their bodies when returned showed extreme torture – nails pulled out, burnt with cigarette and eyes gauged out before killing them. Recently, some of bodies of soldiers recovered from the Galwan area were so badly mangled that identification was possible only through dentures.

Ironically, above are just passing issues for the powers that be. The persistent pain of the families day and night over the years and decades is of little consequence. Thankfully the Gujarat High Court has recently provided some financial succor to the families by ruling that these POWs are to be “considered alive till superannuation as per date of birth”.

After this ruling, Major SPS Waraich (15 Punjab) whose name figures in the missing POW list was promoted to  Lt Col (TS) and he is deemed to have retired after 28 years service on reaching age of 52 years. But his wife was receiving Liberalized Pension as per rates applicable in 7th Central Pay Commission (CPC) whereas she should have got OROP. For a Lt Col with 28 year service, the difference is Rs 35,000 per month. Veteran Lieutenant General SS Grewal (brother-in-law of Major SPS Waraich) took up the case with CDA Pensions and secured arrears of OROP and OROP instead of 7th Pay Commission Pension for his sister.

Services Headquarters and concerned units of the above POWs need to assist the families to get them their dues accordingly. Not only are the POWs admissible to promotions till superannuation as per date of birth, the families are admissible to OROP which is much higher than liberalized pension under the 7th CPC.