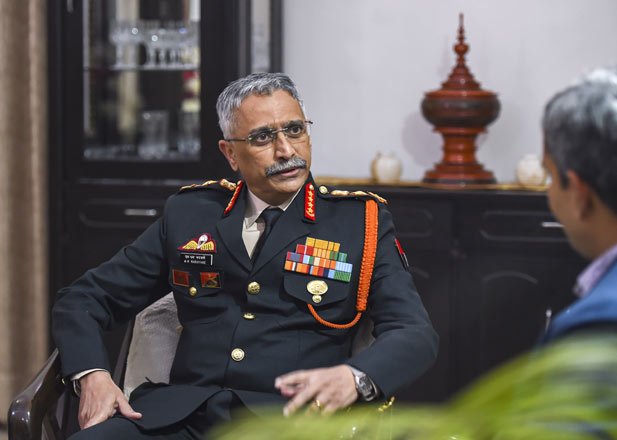 The Chief of the Indian Army General MM Naravane has undertaken a first-of-its-kind six-day trip to Saudi Arabia and the UAE from 9-14 December.[1] Army Chief’s visit to the region indicates the bolstering of defence cooperation between India and two major Gulf Arab countries. While the Army Chief’s visit to the Gulf is the fourth[2] visit from India this year, unlike the two visits by External Affairs Minister (EAM) and the Defence Minister’s “halt” visits to Iran, respectively, this one was planned. To much extent, it may be considered as a follow-up visit after EAM’s trip to Bahrain and the UAE in November.

In a bid for all-inclusive defence cooperation, General Naravane’s visit comes after New Delhi already forged both Naval and Aerial interactions with the Gulf Arabs since long. While India has conducted Gulf Star 1 naval exercise with the UAE in 2018, it looked forward to having a similar arrangement with Saudi Arabia in March 2020, however, had to cancel/postpone amidst the pandemic. Likewise, Indian Air Force in 2015 conducted a first staging visit at Saudi Arabia’s King Fahd Air Base with 110 personnel carrying Sukhoi 30MKI fighters, C-17 and C-130J transport aircraft and IL-78 tankers.[3]

Interestingly, barring the joint naval exercises[4], Indian Navy and Air Force have been actively engaged in and have played crucial roles in expatriate evacuation operations conducted in the region especially during conflicts. While the Air Force has had its operations since 1980s, Kuwait crisis and the subsequent airlift in 1990s being its major operation in collaboration with Indian Civil Airline, Air India; Indian Navy was instrumental in evacuating Indian and South Asian expatriates during the Yemen conflict under the code name Operation Raahat.[5] The two services played remarkable role in evacuating Indian Diaspora during the pandemic. However, this line of duty is charted given the mobility of these forces. Thus, such roles are unlikely to be assigned to the Indian Army with respect to the Gulf region.

Therefore, Indian Army level engagements clearly indicate that joint training exercises, intelligence sharing and military cooperation to counter-terrorism which is of shared interest to both, will be the focus. And given that General Naravane will be addressing the Saudi Arabia’s National Defence University further strengthens the argument that more interactions on security dynamics is developing. Defence Universities in most of the countries in the Middle East are instrumental in imparting Professional Military Education (PME) to their Officers and see a great fusion in civil-military relations inside and outside the country. Notably, in Saudi Arabia’s case, the country indulges in Blanket Order Training Programme specifically with the US and that which involves “flight training, technical training, professional military education, specialized training, mobile training teams, and English Language training”.[6] While the discussion on reforming the PME has gained momentum in India, therefore, whether or not Saudi Arabia is looking at India for a similar kind of Blanket Order Training Programme arrangement is yet to be seen.

Further, it is noteworthy that the Prime Minister Narendra Modi’s October 2019 visit to Riyadh saw the signing of Memorandum of Understanding (MoU) on security cooperation and collaboration on defence industries. Similarly, continued engagements with the UAE resulted in a deal for 93,895 Close Quarter Carbines from Caracal, a UAE state-owned manufacturing. This deal that was delayed for some time might be a topic of discussion during the Chief’s visit.[7] Likewise, the MoUs signed with Riyadh would see some follow ups.

Additionally, UAE’s normalisation with Israel along with Bahrain and Saudi Arabia’s light affirmation to it will also play a role in India’s active and furtherance in military cooperation with the Gulf Arabs given that it shares an equally cordial equation with the Israelis. China’s growing clout in the wider Middle East and particularly in the Gulf will also be weighed in India’s security calculus and its engagement with the two countries.[8] And in that context too, the Army Chief’s visit to these two major Gulf economies, becomes crucial.

Apart from military cooperation and security engagements, the Chief’s visit is also likely to set in motion Think Tank to Think Tank interaction and engagement with major Institutions in both the countries.

[2] Apart from EAM S. Jaishankar’s and Defence Minister Rajnath Singh’s “halt” visits to Iran in September on the sidelines of Shanghai Cooperation Organisation; Dr. Jaishankar visited Bahrain and UAE in November as part of trilateral visit.

is an Associate Fellow at Centre for Land Warfare Studies (CLAWS).