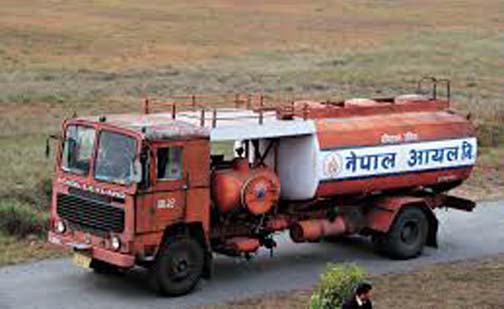 Nepal, a landlocked country, lies between India and the Tibetan Autonomous Region of China and has strong cultural and political links with India. Both countries share a “special relationship” and grant equal opportunities to each other’s citizens in many ways, including bilateral travel that needs no visa on either side. The Indo-Nepal border is open for people and trade. In 2013-14, Nepal’s bilateral trade with India had reached 66% of Nepal’s total external trade; a fact which highlights both Nepal’s dependence on India and its trust on its neighbour.

It is expected that China will fulfil at least a third of Nepal’s requirements through the two recently reopened border check points — Tatopani and Kerung.

Nepal does not have any domestic commercial sources of energy (oil, gas and coal) and with a per capita annual consumption of around 340 kg of oil equivalent (kgoe) the country has one of the lowest per capita energy consumption in the world. With 75% of people using traditional fuels such as biomass for meeting their cooking needs and 25% of people having no access to electricity, Nepal is one of the most energy poor countries.

This demand, aggregating to about 1.2 million ton (MT) per annum, is increasing by around 10% every year. As of now, Nepal spends about 150 billion Nepali Rupees to buy oil products from India every year.

India denied engineering this blockade and voiced concerns on the safety of its truck drivers for disallowing the movement of trucks.

Nepal is completely dependent on India to fulfil its energy needs as the nearest sea port from Nepal is Haldia (India) which is about 900 km from the Indo-Nepal border. This distance was a major constraint for sea-based import of petroleum products from a third country. Coupled with the fact that Nepal is surrounded by Indian Territory on three sides and has an inhospitable Tibetan terrain to its north, this appeared to be the easiest arrangement.

The energy import is undertaken as a part of a special arrangement between the Indian Oil Corporation (IOC) and the Nepal Oil Corporation (NOC) which utilises petroleum products from IOC’s refineries, terminals and depots situated in eastern and northern part of India, while the supply of LPG is arranged from Haldia, Barauni, Mathura & Panipat refineries. The NOC further distributes these products through 1500 tank trucks and an equal number of retail outlets owned by the private sector around the country.

Nepal initially faced an LPG shortage after IOC’s Barauni refinery cut shipments to the country in early January 2015. This shortage was aggravated amidst reports of hoarding of cylinders and due to there being no storage facilities with Nepal Oil Corporation (NOC). In response to a request from Nepalese government, the supply of LPG was increased to overcome the supply shortage. While that crisis eased out, a ‘Petroleum Act’ was tabled in the Parliament of Nepal to end the monopoly of NOC and to enable private companies to enter oil business.

Further, consequent to the increasing energy demand in Nepal, a few actions were initiated to ensure easier energy trade between Nepal and India. An MOU for construction of a 41 Km long cross border petroleum product pipeline from IOC’s depot (Raxaul) to NOC’s depot (Amlekhgunj) was signed. The Detailed Feasibility Report (DFR) of the proposed pipeline has also been prepared and the construction/investment modalities are under discussion. The scope of laying LPG pipeline across Indo-Nepal border has also come in the discussion between the companies.

As supplies from India continue to remain erratic and undetermined, the government of Nepal has decided to end its sole dependence on India for import of fuel.

In the run up to the adoption of a new constitution in Nepal, there was political turmoil and upheaval due to protests by Madhesi and agitators from other groups. This led to a blockade of trade routes from India and supply of fuel has been disrupted since late September 2015.

Trucks carrying petroleum products were stranded at the Indo-Nepal border at Birgunj which is the major gateway to Nepal and is used to import 60 percent of petroleum products. Nepal claims that a similar blockade was enforced at other trading gateways at Mechi, Bhairahawa, Nepalgunj, Raxaul, Jogbani and Bhairahawa.

India denied engineering this blockade and voiced concerns on the safety of its truck drivers for disallowing the movement of trucks. As a result there was a severe fuel shortage in Nepal and the government was forced to ration fuel in the country leading to widespread discontent among people.  A few international flights were also suspended due to lack of availability of ATF.

For Nepal, India has been its sole energy provider (for commercial purposes) for over four decades now. As supplies from India continue to remain erratic and undetermined, the government of Nepal has decided to end its sole dependence on India for import of fuel.

According to IOC officials, the deal between Nepal and China would lead to a significant reduction in the volume of the flow of oil which could impact the techno-economic feasibility of the planned pipeline.

NOC and China National United Fuel Corporation (CNUPC) have formalized a long-term commercial agreement under which China will supply fuel at international rates to Nepal beginning the end of October 2015. It is expected that China will fulfil at least a third of Nepal’s requirements through the two recently reopened border check points — Tatopani and Kerung.

The first instalment of petroleum products is expected to be of 1000 tons and will be dispatched to Kathmandu as a ‘grant’ via the reopened Rasuwagadhi-Kerung trading point between Nepal and Tibet. The Nepalese government has also ended the monopoly of NOC to import petroleum products by authorizing private parties to import fuel from China, in a move which is expected to increase alternate routes and to encourage energy trade between the two countries.

While Nepal’s diversification of its energy supply lines ought to be seen as a sovereign decision to improve its energy security, its ramifications spell a big strategic loss for India. Apart from loss in revenues for IOC, the fact that China has stepped-in to provide an alternate to Nepal via Tibet, has many far reaching and strategic implications.

The first is the short term variation in trading volumes which are fluctuating on a daily basis and the resulting loss in revenues for IOC.

The second is the long term implications and the impact on planned infrastructure including that on South Asia’s first trans-national petroleum pipeline. According to IOC officials, the deal between Nepal and China would lead to a significant reduction in the volume of the flow of oil which could impact the techno-economic feasibility of the planned pipeline.

… strengthen economic and strategic ties between Nepal and China, thereby having adverse impacts for the security and balance of power in South Asia.

This drop in volume by possibly to two- thirds of the envisaged export volume will impact the fate of both (LPG and oil) cross-border pipelines. This is also envisaged to lead to a long term annual financial loss to India’s oil refining sector.

The third and possibly the most important is the ‘strategic toehold’ which China has managed to gain in Nepal through this deal. This entry into Nepal via the critical energy sector, which was possibly the last standing bastion for India in Nepal, is likely to strengthen economic and strategic ties between Nepal and China, thereby having adverse impacts for the security and balance of power in South Asia.

Where India has slipped on Chinese oil in Nepal, China has reaped rich dividends from Nepal’s energy crisis. Taking cognizance of this strategic and economic loss, it is time that India learns from these experiences and consolidates its position in ensuring a favorable balance of energy trade in South Asia. It also needs to ensure that such mistakes are not repeated in other domains with different actors in the region.

is a Research Fellow at National Maritime Foundation. He can be reached at editor@spsindia.in

One thought on “India slips on Chinese oil in Nepal”

On October 20, 1962, the Chinese troops launched a surprise attack against India...