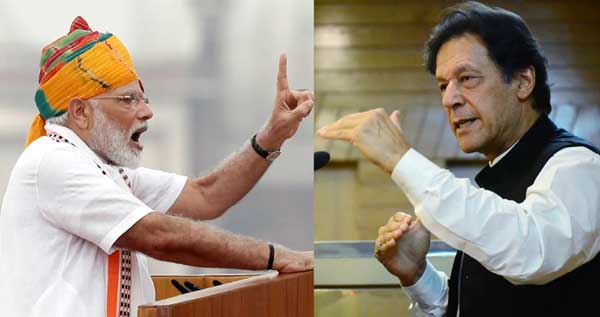 On the second anniversary of the famous Balakot strike by India, another surprise awaited the region and world at large. In an uncharacteristic move the two arch rivals declared cessation of hostilities along the Line of Control (LC) on 24 Feb 2021. A very cryptic press release by the two governments declared that the two Director Generals of Military Operations (DGMO) held a cordial telephonic talk over the ‘hot line’ and decide to mutually deescalate all along the LC.

This comes in the backdrop of overtly friendly overtures by the Pakistan Army Chief Gen Bajwa in the recent times. It is well understood that as far as relations with India are concerned it is the Pakistan army which calls the shots. Many strategic thinkers’ credit this to track two diplomacy between the Mr Ajit Doval, the NSA and his counterpart Moeed W Yusuf, in a third country. Neither side confirmed or denied any back-channel talks or track two diplomacy.  The fact remains that such an initiative at the DGMO level is not possible unless the highest offices in both the countries endorse and take part in the deliberations.

The move needs to be welcomed at the outset and hawks on both sides of the tumultuous border may have to eat the humble pie. Thousands of people on both sides of the border have suffered untold misery and hardship over the years. With wanton disregard to human rights, they have been subjected to trauma of having lived in a virtual war zone all their lives. The forces deployed all along the long and inhospitable terrain also suffer due to sudden escalation and ‘revenge taking’ tactics.  This “No War No Peace” kind of artificial construct has been a huge waste of efforts. More than India, probably Pakistan has begun to realise that this senseless game has no winners. The cost of human suffering coupled with paying the economic cost of maintaining lakhs of battle-ready troops and arming them to the teeth is not easy to bear for years.

The futility of the armed struggle in the Kashmir valley too has now dawned on the Pakistani minds. Without achieving anything substantial this three decades old militancy too has waned to a large extent. In the end it’s the people who have suffered and no ideological battle is worth fighting if it brings only agony and destruction. Hence this cease fire will bring succour to the people within the Kashmir valley and in areas of the Poonch–Rajouri sectors.

In India Pakistan relations hazarding future prognosis is fraught with danger and uncertainty. This is not the first time that both the states have agreed upon peace and tranquillity along the LC. The 2003 cease fire held on for a long time and in most sectors not a single bullet has been fired across at each other since then. In the Western Ladakh for instance (Kargil-Dras-Batalik) the 2003 agreement still holds. In the Siachen Glacier too it’s been almost two decades that any firing has taken place. Hence it can be safely assumed that the two countries can hold onto the agreed cease fire if they wish. The good part is that this time the agreement has come sans any political rhetoric or milage. The credit for the agreement has been given to the two armies since they are the real custodians of the LC.  Another positive aspect is that the local commanders on both sides have started meeting each other to formulate measures to ensure their respective part of the agreement holds on ground.

This comes at the backdrop of very intense and ugly standoff between India and China in the Ladakh sector. The three nuclear weapon states in close proximity agreeing and climbing down from their stated positions has to be seen in a very positive light. This move thus needs to be appreciated and welcomed by people of not only India and Pakistan but the entire South Asia. At the geo strategic level, the role of the new Biden administration cannot be ruled out. They have staked a lot to bring Taliban to the negotiating table and for once the entire region seems to be heading towards better times. China too has probably realised its folly of needless aggression against India in Ladakh and being ‘all weather’ ally of Pakistan probably must have encouraged them to go for this peace deal with India.

This a good time for both the inimical neighbours to introspect on the sheer futility of holding borders in this manner since 1947-48. No other nation in the world manages international borders in this senseless manner. Seventy plus years and more should be reasonable time to realise this ineffectuality. Should this generation of leadership look at things differently? That is possible if we look at the present map and structure of the European union. We have much more in common than many countries in Europe, if they can rise above narrow prism of hatred, what stops us from doing so? What ever maybe the reasons but this kind of holding every inch of the border is foolish to put it mildly.

Both countries have millions still struggling below the poverty line, with little or no source of clean drinking water, electricity, education and health facilities. Can they continue to fuel this kind of mindless violence and for how long? Introspection is also required in regard to role of religion and majoritarianism on both sides. Has it given any dividends other than winning elections by fanning collective hatred among communities and people who have shared history of thousands of years?  The danger from hardening ideologies across the globe and more so in our own region always lurks in the background. If leaders on both sides stop rhetoric and jingoism things on ground can change very quickly.

Soft Borders and Free Trade: Panacea for the Sub-Continent

Soft borders with free trade can boost the fragile economy of the region. For thousands of years the trade between Indian Sub-continent and other parts of Central Asia, Middle East and South East Asia has taken place through traditional routes which have now been fenced. If China can plan to connect large parts of the world through its BRI projects, India can at least connect its immediate neighbourhood. The international borders are an artificial construct and should not become an hindrance to free trade and resultant prosperity of the people at large. The acrimony of the past has to be buried and sagacious leadership needs to open not only hearts but also minds for common good.

India because of its size and position must take the lead for the region to connect. This can happen even if baby steps are taken with long term vision, as in future India gets to benefit the most from such peace and economic initiatives. The best time for lasting peace was many years ago and the next best time is today.