India Needs to Project itself as a Responsible and Muscular Power 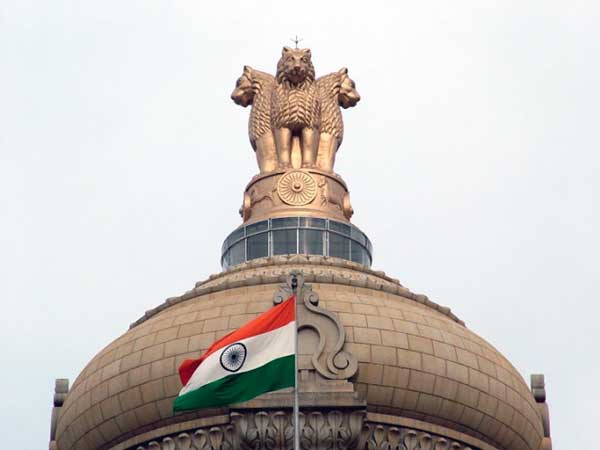 Though foreign policy of any country happens to be a well-planned, consistent, predetermined and calculated statement of its goals and objectives and their priorities and also about the methodology that the country shall use with a view to realise them, the constant application of the so prescribed principles of foreign policy always presents several challenges as well as prospects before the decision-maker or the leader of the country.

While challenges create problems before the decision-maker that prompt him to explore solutions to resolve these crises, the prospects open the way for favourable conditions to accomplish the so-defined goals regarding the foreign policy of the country.

It is in this context that Indian Prime Minister Narendra Modi began his term two years ago while expressing his full faith and firm commitment to the proclaimed objectives of India’s foreign policy viz. peace, non-violence, non-alignment and the like, which were enunciated by the founder architect and first Prime Minister of independent India Jawaharlal Nehru even prior to independence of the country and were announced to the world over All India Radio in his speech to the nation on September 7, 1946.

But the compulsions of the global scenario that emerged after the end of Cold War in 1990 — wherein the US had moved ahead from its erstwhile Super Power status to occupy the global centre-stage as the first Hyper Power controlling even the ideas of people in the world and thereby paving way for the emergence of a unipolar world order as against the bi-polar world order with the then USSR as a counter-pole as well as an independent bloc of communist countries that came into existence immediately after the Second World War — categorically demanded India’s inclination towards Washington so that India’s national interests may be secured and preserved.

It was not that the erstwhile USSR had disintegrated to become obsolete and redundant for India after having supported New Delhi in its critical moments — whether it was in the United Nations or in the Indo-Pak wars, particularly of 1971. The fact of the matter was that the USSR was not that much powerful and influential enough where it would be able to challenge US hegemony as a counter-pole in the world politics, as it had been doing in the aftermath of the Second World War during the fierce Cold War years of international politics and relations.

India is the largest successful and vibrant democracy in the world, having a billion-plus people comprising world class intellectuals and professionals in each area of knowledge and working, skilled labourers, booming economy and markets, state-of-art R&D facilities, advanced industries and heavy units and a powerful army.

Also being a founder member of the largest global movement of humanity, the Non-Aligned Movement (NAM), India very well deserves to be recognised as an emerging global power and, consequently, be awarded with a suitable and responsible role in all significant and important international and global forums, including the United Nations (UN).

This will facilitate India to — while working in consonance with its ancient cultural ethos — contribute its best for establishing peace, prosperity and security in the whole world, ensuring overall progress and welfare of the entire humanity, which has been suffering for long from the worst-ever and macabre threats of terrorism and religious fundamentalism and such other explosive dangers like fear of nuclear war, natural calamities, fearful epidemics and the like.

However, it is clear that India cannot fulfil its dream of becoming a permanent member in the Security Council of the United Nations without the express consent of the US, along with the four other permanent members of the UN Security Council and also in other prominent groupings like G-7, Missile Technology Control Regime (MTCR), Nuclear Suppliers Groups (NSG) and the like.

India also needs American support not only for modern technology, advanced military weapons and other economic gains but for exerting pressure on several terror outfits having global outreach like Jaish-e Mohammed (JeM), Hizbul Mujahideen (HM), the Haqqani terror networks and Islamic State (ISIS) and upon Pakistan too to stop exporting cross-border terror into India.

In fact, India is among the worst sufferers of terrorism and has already lost its two very promising Prime Ministers in the past, besides bearing the brunt of many worst terror attacks like the Bombay Stock Exchange bombings, 26/11 attacks in Mumbai, Banglore Bakery attack and Delhi High Court blast and also facing routine terror-strikes particularly after India’s successful surgical strike into PoK, like burning of schools in Jammu and Kashmir, violation of ceasefire along LOC every-day, killing the country’s brave soldiers.

Hence, India needs a very strong and effective mechanism for its security against cross-border terror and global terrorism. This very much requires close monitoring and information-sharing at global level regarding movement of terrorists and their future targets so that any likely terror strike in the country may be prevented. Besides, it would require sincerely pursuing effective short-term and long-term measures against terrorism along-with invoking diplomatic efforts towards isolating all terrorists, terror-networks and their sponsoring countries. In this endeavour, the support of the US and a few advanced western countries like Russia, the UK, France and also Israel will definitely be very meaningful.

With this view, India had already joined the US-sponsored Kicklighter Proposals quite early which led to eruption of harsh criticism of the country’s increasing inclination towards America. Afterwards, India concluded the Civil Nuclear Deal with the US in 2008, which opened a new era of strategic partnership with Washington, despite a few odds regarding sellers’ liability issue.

In the then emerged scenario, India even ignored one of its most trusted friends Russia which compelled Moscow to befriend Pakistan with a view to maintaining its sphere of influence in South Asia and other adjoining areas. India’s increasing inclination towards America and consequent distancing from Russia did create a serious confusion about India’s real intentions — whether India had really abandoned its much cherished doctrine of non-alignment, whereof it is the widely-acclaimed progenitor.

Though India under PM Modi acted enthusiastically towards forging close relations with the US in economic, security, technological and other strategic fields, and also made significant compromises in its long held ideals and goals with a view to accommodate the American priorities and concerns and also to consolidate its newly established relations, the US always played a double game with India’s concerns.

Washington not only created a working balance with Pakistan on the one hand and China on the other, it has, so far, never categorically supported New Delhi on either of its most pressing concerns viz. permanent membership in the UNSC, its fight against Pakistan-sponsored cross-border terrorism and containing China’s aggressive-militarist assertions in the Asia-Pacific region — particularly in South China Sea — in the interest of India and other littoral states of the Indian Ocean Rim and the entire Indo-Pacific region.

Hence, India has no option but to modify its ongoing pro-US foreign policy towards muscular pragmatism so as to accomplish the desired results for itself. This is why India again turned towards Russia and the just concluded BRICS summit (in Goa on October 15-16, 2016) provided an opportunity to PM Modi to befriend Russian President Vladimir Putin, once again, with a firm and solemn resolve and the event saw a big military arms deal between the two old trusted friends. This will really provide fresh blood to India’s hitherto neglected and sagging relations with Moscow.

Following India’s successful surgical strike into Pakistan-occupied Kashmir — which has shattered Pakistan’s morale and also that of the terrorists housed therein — Islamabad appears hell-bent to stage massive retaliation to belittle and tear apart India and in this effort China’s full-fledged support to Pakistan is highly worrisome for New Delhi.

Also cause of worry is the anti-Indian vicious and jealous role of China, as evident just after the BRICS summit in Goa where Beijing virtually stalled India’s sincere efforts for elimination of terrorism, including cross-border terror supported by Pakistan on the ground that any country’s name should not be associated with terrorism and also that one must not forget the great sacrifices rendered by Islamabad for the noble cause of the global fight against terror.

Further, China blocked India’s effort to name Masood Azhar as a terrorist by the United Nations and also expressed its ambivalence for India’s candidature for permanent membership in the UN Security Council.

Indeed, all these Sino-Pakistani overtures portend bad omen for the peace and security of not only India and South Asia but for the entire Indo-Pacific region wherein China is very much interested with a view to annexing the entire South China Sea into its maritime territory, though that has already been rejected by the International Court of Arbitration at the Hague. This legal defeat has made Beijing very aggressive and prompted it to adopt other crooked tactics wherein Pakistan is extending its wholehearted support with a view to encircling India.

Thus India, instead of meekly following the first hyper power, will have to assert and project itself as a responsible and muscular power, capable enough to protect its national security and interests defined according to its own priorities.

Besides, it should proceed ahead in the comity of sovereign nations with exuberance and confidence having unflinching commitment for its self-propounded doctrine of non-alignment, meaning thereby freedom of action and independence of judgement which had, indeed, accrued to the country a unique position of respect and influence in the world, during the decades immediately after the Second World War. That can be re-invented by India as nothing is beyond endeavour.

is an Associate Professor of Political Science at M. D. P. G. College, Uttar Pradesh. He can be reached at: sudhanshu.tripathi07@gmail.com