It will not be an overstatement to say that India-Bhutan relations will continue to be marked by an element of potentiality and mutual distrust in 2017 as ground realities are not expected to change in any significant manner from what they were in 2016.

An added reason for this latent tension is the 24th round of Sino-Bhutan boundary negotiation which took place in Beijing in August last year as there was no official clarification from either China or Bhutan in regard to the content and trajectory of the negotiation process. As is now well known, China has been pressing Bhutan for ceding 269 square kilometres of area in the north western part of the country.

If this materialises then China’s ability for military manoeuvres in the Chumbi valley, an arrow like protrusion of southern Tibet which separates Bhutan from the Indian state of Sikkim, will increase considerably thereby endangering India’s Siliguri corridor which is strategically important for security of eastern and north eastern India.

In Indian foreign policy’s priority list, Bhutan occupies a very high place and almost every Indian Prime Minister makes Thimphu his first port of call after assuming office with Narendra Modi being no exception. Like Nepal, Bhutan also has its subterranean tension in regard to relations with India but the difference lies in the fact that Indo-Nepal bilateral relations often pass through tumultuous phases while Bhutan’s relations with India may have certain irritants but they have never crossed the line of diplomatic nicety and restraint. This may be due to the maturity evinced by successive Bhutanese kings. While the institution of kingship in Nepal tried to hold on to its prerogative position by hook or by crook, in the case of Bhutan, the King willingly allowed the country to get transformed to a democracy.

The China factor apart, India-Bhutan relations will be governed by economic issues to a great extent in the days to come. Although India is Bhutan’s largest trade partner yet this has not deterred the Druk kingdom’s National Council, the upper house of the country’s parliament, to reject the Motor Vehicles Agreement (MVA) reached by the BBIN countries and also passed by the National Assembly, Bhutan parliament’s lower house.

If implemented the MVA would bring succour to the Bhutanese economy more than the advantage which India would get out of it. The agreement would afford Thimpu easier connectivity with not only the Kolkata port but other deep sea ports like Paradip and Vishakhapatnam, situated on India’s eastern shoreline.

But there is a near consensus in Bhutan that the MVA, howsoever crucial it may be for the success of the BBIN as a sub-regional grouping, is an antithesis to the Bhutanese concept of Gross National Happiness which puts much more premium on environmental cleanliness than burgeoning economic activity. A majority of the Bhutanese population thinks that accepting the MVA would result in cramming of its insufficient road networks and pollution of the country’s sylvan atmosphere. This is sure to clash with India’s concept of Bhutan being an important link in the BBIN (Bangladesh, Bhutan, India, Nepal) Initiative which New Delhi has been trying hard to push forward as a substitute for the South Asian Association for Regional Cooperation (SAARC).

Will this difference in perception lead to further strain in Indo-Bhutan relations?

The best option for India in this type of a situation is to increase economic cooperation particularly in the field of hydropower generation which constitute 25 percent of Bhutan’s Gross Domestic Product (GDP) and 40 percent of national revenue. While formulating the country’s foreign economic relations, policy planners in New Delhi must keep it in mind that although India is Bhutan’s largest trade partner yet the volume of bilateral trade is still meagre — around $400 million. But there should not be much effort by India to increase trade in conventional sense as that is likely to hurt Bhutan’s concept of  Happiness.

Bhutan describes itself as a carbon-negative country. Seventy-two per cent of the country is under forest cover while the country’s constitution mandates that there must be a minimum 60 per cent forest cover.

Hydro electricity can be described as the blood of Bhutan’s existence and New Delhi was wise enough to seize the initiative when Indian Prime Minister Narendra Modi laid the foundation of the 600 megawatt Kholongchu hydro electric project in July 2015. Bhutan has 30 gigawatts of hydro electricity potential and judicious cooperation in this field can strengthen India-Bhutan relations. Hopefully, four major projects having 1440 megawatt capacity have already been implemented with Indian financial and technical assistance and three more with a total of 1330 megawatt capacity are coming up.

But India should remain careful about two factors — transparency in project implementation and severe rupee crunch which Bhutan often experiences due to its near umbilical connection with the Indian economy.

Transparency is always a problem with much of the government of India’s overseas projects. Unfortunately, the Punatsangchu-I hydropower project awarded to a large Indian company has not been able to escape controversy as the Indian Comptroller and Auditor General (CAG) and the Royal Audit Authority of Bhutan have indicated major problems in award of the contract as the Geological Survey of India has spoken of ‘geological surprises’ in the area in its appraisal report. The result has been a delay in completion and a cost overrun of 3.5 billion NU. The project, financed by India where loan component happens to be 60 per cent, has now appeared as a noose around the Bhutan government’s neck.

For building up a steady and unruffled relation with Bhutan, India must take into account two more vital factors. First, nearly 50 per cent of the Bhutanese people are young, below 30 years of age. They have a different and independent worldview. Secondly, for the last five years Bhutan has experienced around 6 per cent economic growth at a stretch. This has led to the growth of a business community and some sort of an industrial elite who are prone to subscribe to an independent foreign policy. It is this pressure group whose hand is always visible whenever the Bhutan government makes pro-China moves.

However, Indian presence in Bhutan’s infrastructure sector has often led to severe rupee crunch as import of building materials from India often meant balance of payments crisis because this generates a faster rate of rupee outflow than the rate of inflow. It  is true that India has extended credits to Bhutan in succession in order to tide over the rupee crunch – Rs 300 crore in 2009, Rs 600 crore in 2011 and Rs 700 crore in 2014. Still it has to be kept in mind that Bhutan’s external debt amounts to 112 per cent of its GDP and 75 per cent of  it is actually rupee debt.

So a sense of restiveness among the younger generation of Bhutan’s population is natural. It will not be unreasonable to conclude that this uneasiness has influenced state policy on quite a few occasions. On its part, the Bhutan government should have cleared the air by openly putting on record what transpired at the last concluded 24th round of border talks with China.

Obviously India has reasons to become apprehensive because there are official reports that the People’s Liberation Army (PLA) of China has built an all-weather road from Gotsa to Lepola via Pamlung in the disputed northern sector of boundary between Bhutan and China. 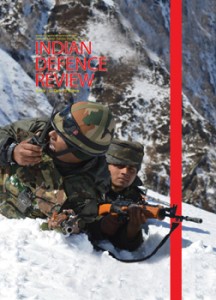 This quietude on the part of Bhutan has often been explained as a portent for future trouble in India-Bhutan relation. There is also an unconfirmed report that since 2010, China has gobbled up 8,229 square kilometres of Bhutanese territory.

If Bhutan really cedes 269 square kilometres of territory to China in the northwestern sector then the security of eastern and north eastern India will come under serious threat. China intends to bring the Doklam plateau under its suzerainty and has set its eyes on Charithang, Sinchulumpa and the Dramana pasture lands. This will make the Chumbi valley more suitable for big military manoeuvres. Consequently, threats to the Siliguri corridor will also increase.

However, if the government of Bhutan turns a bit more introspective it will realise that there is always scope for introspection. The 1949 Indo-Bhutan treaty was amended in 2007 in order to satisfy the urge of a significant section of the Bhutanese population for an independent space in international politics which in essence meant freedom to pursue a more pro-China foreign policy.

But Thimpu should always keep in mind that India has never cast its eyes upon Bhutan’s territory which China emphatically did several times.