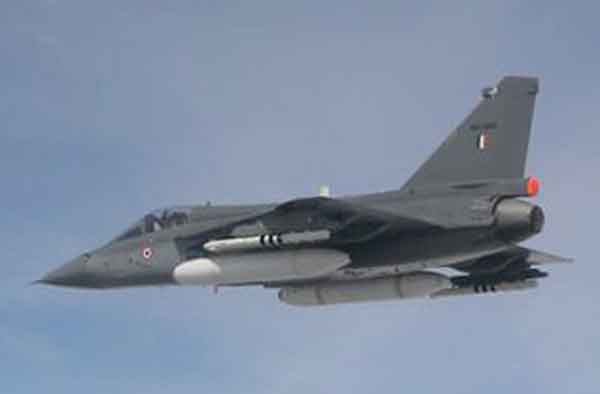 “Quantity has a quality, all its own,” is a phrase attributed to Soviet leader Joseph Stalin. He was referring to Russia’s numerical preponderance in men and machines, which had brought the technologically-superior German Wehrmacht to a grinding halt during World War II. While this aphorism may not be quite apt in the context of India’s fourth-generation Light Combat Aircraft (LCA) Tejas, the impending accretion of these indigenously designed and built fighters, in fairly substantive numbers, should serve to reassure our air force, which has been deeply concerned about its dwindling numbers.

Defence Minister Rajnath Singh, confirmed on January 13 that the cabinet had accorded approval for the Ministry of Defence to place an order for 83 LCA Tejas (73 fighters and ten trainers) on Hindustan Aeronautics Limited (HAL). The Rs. 48,000 crore deal will be the biggest ever for India’s military-aviation sector, and as the minister declared in serial tweets, “it will be a game-changer for self-reliance in Indian defence manufacturing.” He further added that, “the LCA-Tejas is going to be the backbone of the IAF (Indian Air Force) fighter fleet in the years to come. The indigenous content of the LCA-Tejas is 50% in Mk 1A variant, which will be enhanced to 60%…equipped with augmented infrastructure, HAL will steer LCA Mk 1A production for timely deliveries to IAF.”

‘Game changer’ is a term frequently used by hyperbolic media and enthusiastic politicians, but in the case of this development, there is indeed much to cheer about. The order for additional aircraft comes at a moment when India’s security is under severe threat from a numerically stronger and technologically superior Chinese military and the IAF order of battle needs a quantum boost. This will also be the first major acquisition, under the recently coined Indian-IDDM (Indigenously Designed, Developed and Manufactured)} category, which refers to the procurement of products from an Indian vendor that have been ‘indigenously designed, developed and manufactured,’ with a minimum specified percentage of indigenous content.

As the RM points out, HAL as a ‘systems integrator,’ will be instrumental in fostering design and manufacturing capability in the private sector, which has been struggling for decades (against a recalcitrant Department of Defence Production & Supply) to find a toe-hold in the defence industry. Consequently, this programme will not only provide an impetus to the national “atamanirbharta’ (self-reliance) endeavour, but also skill our youth and generate employment for thousands. Having received an assured and substantial order, HAL will now be embarking on serial-production of a modern aircraft, and this should motivate the company to upgrade its assembly-line techniques as well as engineering standards.

Finally, with the experience of a successful ‘design-development-production’ cycle under its belt, India’s aerospace industry can now venture, with confidence, into fifth generation projects, such as the Advanced Medium Combat Aircraft.

In the midst of ongoing jubilations, however, it would be a disservice to the cause of ‘atamanirbharta’ (self-reliance) if we were to overlook some major systemic lacunae that have stifled India’s potential in the defence-industrial field, and permitted countries like, China, Brazil, Turkey, South Korea, and Singapore, to leave India miles behind as purveyors of military hardware. And this is in spite of India having one of the world’s largest Defence Technology Industrial Bases (DTIB), comprising 50 advanced laboratories of the Defence Research and Development Organization (DRDO), nine giant Defence Public Sector Undertakings (DPSU) and 41 ordnance factories.

Foremost amongst the lacunae are the long-standing politico-bureaucratic indifference, which has engendered stasis in many vital defence-industrial projects programmes.  In the case of the LCA programme, its protracted 33-year developmental cycle may be understandable, due to its complexity and over-ambition. But the same cannot be said about many of the delays suffered by the project due to sluggish decision-making at the bureaucratic level and the failure to impart sufficient impetus at the political level.

A more pro-active approach by the Prime Minister’s Office/MoD could have knocked many years off the gestation period of LCA (and many other defence production projects). This listless and ‘chalta-hai’ (should be ok) approach is illustrated by the needless hiatus between induction of the Tejas Mk.1 into IAF service in 2016, and placement of the latest order on a (government-owned) Public Sector Undertaking (PSU) in 2021.

Secondly, in the context of ‘atamanirbharta,’ while it is heartening to note that many of the LCA’s high-technology systems like the digital fly-by-wire flight controls, its composite structures, glass cockpit and microprocessor-controlled systems, are shining examples of indigenous design and production, there remain two areas of significant concern. Having assigned to itself, the task of developing a jet-engine and a multi-mode radar for the LCA, the DRDO has, so far, delivered neither.

While the fate of the Kaveri turbo-jet project remains a mystery, the Uttam an active electronically scanned array (AESA) radar is reportedly still ‘under development.’ With an American engine and an Israeli radar – both key components – not only will the ‘indigenous’ bona fides of the Tejas be doubtful, but it’s operational availability will remain hostage to foreign support.  This is a situation that the RM needs to redress.

Thirdly, at its current aircraft production rates (reportedly, eight aircraft per year) and given the backlog of previous Tejas Mk 1 orders, HAL could take 8-10 years to deliver all 83 Mk. 1A aircraft to the IAF; an unacceptable prospect, given our current and foreseeable security situation.

While Minister Singh made mention of “second-line manufacturing facilities” the urgent requirement is, actually, that of a ‘second assembly-line,’ which would significantly enhance aircraft production rates and enables the IAF to raise additional squadrons at the earliest.

Coming, finally to a rather sensitive area, one must mention HAL’s patchy record in two spheres; quality control and customer support. Poor production-engineering standards and lax quality control have, in the past, not only created maintenance problems for operators, but also led to component failures and accidents. Now that the company is embarking on serial-production of sophisticated fourth-generation aircraft, it is hoped that world-class quality control standards will be realized by HAL to ensure high aircraft availability as well as safety of flight operations.

The most crucial justification for acquiring home-grown and home-built hardware is the military’s expectation that overhaul and replacement of parts, as well as repair of battle damage will be undertaken by the domestic industry in a most expeditious manner. For decades, the lackadaisical ‘customer-support’ provided by Russian (and Indian) equipment-manufacturers has stood out in stark contrast to the alacrity displayed by their European/American counterparts.

As HAL’s single largest customer and revenue generator, the Indian military is totally dependent on it for customer-support, but there has, historically, been a deep lack of confidence in this PSU, due to its unresponsive attitude, which has often left HAL’s customers in the lurch.

The Rs. 48,000 Tejas contract is certainly the dawn of a new era for HAL, and it calls for a cultural-transformation by this giant Indian aerospace conglomerate.