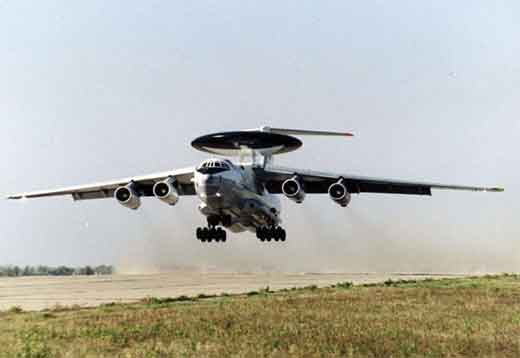 What is Information Warfare? : Information Warfare (IW) in its most fundamental sense is the emerging “theater” in which future nation-against-nation conflict at the strategic level is most likely to occur. IW is also changing the way the theater or operational – level combat and military activities are conducted, specifically aerospace operations. Interestingly, IW may result in “operations other than war” being conducted, especially as it may permit a country to achieve important national security objectives without the need of forward deployment of military forces. IW then may define future warfare and be the central focus in any conflict in the future.

Information systems were previously second in importance to “real” weapons such as aircraft, tanks, ships and missiles, but today, they are so critical to military operations in general and aerospace operations in particular that it may be more effective to attack an opponent’s information systems than to concentrate on destroying his military forces.

Information Warfare may result in “operations other than war” being conducted, especially as it may permit a country to achieve important national security objectives without the need of forward deployment of military forces.

Air Power theorist Colonel John Warden understood the evolving nature of information operations. While he did not specifically define IO, he stated, “information will become a prominent, if not predominant part of war to the extent that whole wars may revolve around seizing or manipulating the enemy’s data sphere”.1

From an aerospace perspective, it would be proper to examine the air campaigns in the recent past such as in Kosovo, Afghanistan and Iraq which will not only present the historical context for understanding the lessons learnt, but will also reinforce the fact that IO has become an integral part of US air superiority. In the Asian context, two countries of interest to India are China and Russia because of their potential to influence Indian actions by the capabilities of their air force, the maturity of their aerospace industry and their interactions with the Indian forces.

The efficacy of air power, especially PGMs along with IT, made the Chinese switch the focus of their air force from the defence of their national territory to both offense and defence.

At the operational level however, restrictions imposed on “need to know” basis created dissension among the allies primarily on account of inability to access information on the specifics of US F-117 and B-2 sorties, perhaps because operational security violations were discovered concerning NATO air tasking order sorties. Tactically, the alliance results were diluted by the coalition targeting process which resulted in striking many false targets thus prolonging the air war and delaying attainment of goals.2

Despite the vast quantities of ordnance expended, the air campaign was unable to stop Milosevic from continuing the ethnic cleansing, partly because air strikes against dispersed or hidden targets were largely ineffective. The other reason was that without a ground invasion or a deception plan to draw out the Serbian forces, the Serbs could use the terrain to protect key elements of information, such as force location and high value assets such as Air Defence (AD) Systems. While the Air Component Commander wanted to strike strategic targets, the Combined Force Commander wanted to hit the Serbian military. 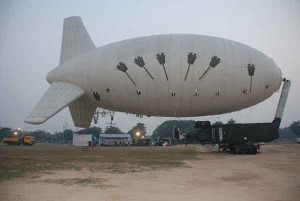 Unfortunately, in the absence of a ground invasion by the allied forces, Milosevic was able to maximise the use of terrain, making it difficult for NATO aircraft to strike his forces in the field as well as his mobile AD systems. The Serbian AD command and control systems were however blanked out rendering ineffective any air opposition. On the other hand, the Serbs made effective use of decoys such as heated steel plates which confused IR guided weapons and these combined with the effects of weather and terrain on airborne sensors, delayed allied air dominance.

Air power, combined with Special Operations Forces (SOF) and local irregular forces, subdued the Taliban regime in the initial phase. Precision targeting by SOF as well as Air Force Combat Controllers along with Precision Guided Munitions (PGMs), were able to locate, target and destroy Taliban as well as Al-Qaeda forces.

The Taliban possessed few serviceable Surface to Air Missiles (SAMs) and AD Arty guns to effectively counter allied air strikes. Without conventional ground forces and minimal organic firepower, the SOFs and USAF controllers relied heavily on air strikes. The challenge to Air Power was to minimise collateral damage to Afghan non-combatants through IO, precision navigation and strike. This resulted in the Taliban occupation being reduced to one third of the country. However, Osama bin Laden was still at large and the Taliban quickly dispersed into safe havens in the caves and mountains.