IAF: Meeting the Challenges - I

Security Environment in the Twenties

To summarize, in the geopolitical, geostrategic and security environment that is likely to prevail in the 2020s, the dictates of national security would place the following demands on armed forces of the nation:-

While considerable progress has been made on the political, economic and diplomatic fronts, the overall security situation continues to remain fraught with uncertainties. India’s growing political and economic stature in the world and commitments of national interests necessitate a move away from the traditional defensive mindset. India must acquire the capability for power projection in the area of interest which will require a qualitative change in the operational philosophy of the armed forces especially of the IAF. Within the broad structural framework that has evolved over the last five decades, there is a need to modify the composition and character of the various constituents of the IAF to provide extended reach and staying power. The focus must shift from the ‘Tactical‘ to the ‘Strategic’ as also on ‘Force Multipliers’. The IAF must also integrate fully with the sister services as also aim to develop interoperability with other friendly powers in the region and the world for furtherance of mutual interests.

The armed forces of India have matured through a number of major conflicts with our neighbours in the last five decades. The IAF in particular has benefited from the lessons learnt in these conflicts and has been quick to absorb the technological advances witnessed elsewhere in the world. Undoubtedly, in the military dimension of national security, the IAF would be called upon to shoulder enhanced levels of responsibility and would have a critical role to play both during peace and war especially in situations demanding swift response. The IAF needs to draw up plans to acquire the wherewithal to meet with the challenges of the 2020s. As the pace of change is slow, radical change in the framework is neither desirable nor possible in the timeframe under consideration. However, there is imperative need to introduce qualitative change in the capabilities of the IAF driven by the technological revolution in Air Power.

In peacetime, apart from training for war, an important mission of the IAF would be the acquisition of strategic and tactical intelligence through technical means. Strategic reconnaissance by fixed wing aircraft would have to be replaced by space based platforms equipped with a wide variety of powerful sensors. Tactical reconnaissance would be assigned to a family of Unmanned Aerial Vehicles (UAVs) even over long range through the use of high endurance machines controlled remotely from thousands of miles away with the aid of satellite based data links. 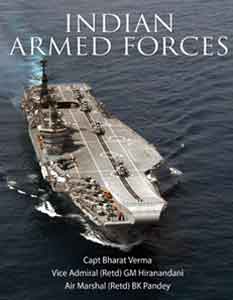 Employing a variety of photo, infrared and comint sensors, it would be possible to counter the element of surprise by maintaining continuous surveillance to assess intent through changes in enemy orbat and relocation of forces. Surveillance systems will be employed to map and update information on strategic target systems and provide highly accurate data necessary for precision attacks by smart weapons particularly in the opening stages of any conflict. Assurance levels of smart weapons are contingent on the accuracy of target data and hence the critical importance of the capability of intelligence gathering platforms and airborne sensors.