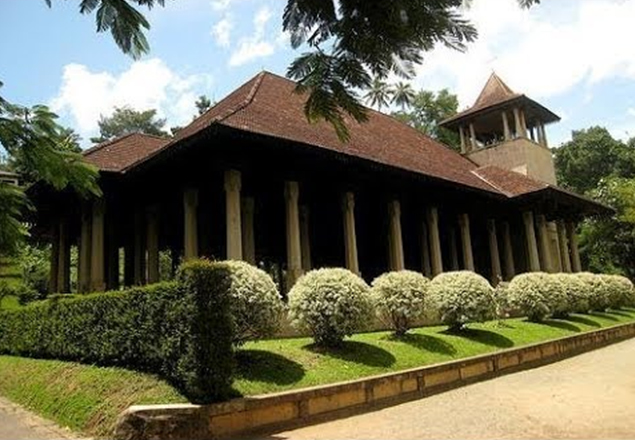 Retrospection of the British empire and the legacy it implanted in the colonies are filled with a sense of grey feelings as the overarching effects of imperialism distorted the nations by pushing the colonized into an impoverished status. Nonetheless, some of the socio-cultural experiments carried out by the colonial administrators in the colonies left irreversible impacts that extended to the formation of post-colonial settings of those colonies. Education remains one of the most notable sectors carved under British colonial influence to produce a local clerical service to the Raj. In contrast to its initial objectives, the offshoot of British public-school model education nurtured by the Anglican clergymen in oasis colonies extended beyond the mere objectives of producing loyal citizens to the British. On the contrary, the indoctrination of Christian faith and emulating Greco-Roman masculinity as an intrinsic feature of the school activities generated a certain breed of students. Indeed, it was a class that embodied camaraderie and loyalty to the country.

Trinity College, Kandy in Sri Lanka stood as a classic example that embodied the colonial cameo, which later filtered through compatriot values. Founded in 1872 under the tutelage of Church Missionary Society England, Trinity became a popular destination for oasis students who came from various British colonies abroad. In particular, during its legendary principal Rev. Fraser, Trinity provided education for children belonging to 17 nationalities signifying Trinity’s global outlook. In light of such a colourful history, it would be rather appealing to trace how Trinity produced two great sons for India. One was a military general and the other one was a decorated spymaster. Both played indispensable roles in India’s post-independent defence formation.

Major General Ajit Anil Rudra came to Trinity in 1911 from New Delhi and spent his adolescence in the hill country of Sri Lanka in a truly cosmopolitan environment.  Rudra’s father S.K Rudra was the first Indian principal of St. Stephan’s college Delhi, yet, it was a surprise why he chose a school in Sri Lanka like Trinity for his son’s education.Nevertheless, Rudra was one of the volunteers who went to the western front during the Great War from Trinity.  Since the colonial government did not grant permission for any of the local battalions, many boys from Trinity opted for voluntary participation in the war. Ajit Rudra was among the first four valiant students who went to the war front straight from the college in 1915 September.  Others were Richard Aluwihare, Albert Halangoda and Frank Drieberg. According to the archival reports of Trinity, a special service was held in the college chapel before the evening Rudra sailed to the war front with the other boys.

The events that awaited the four Trinitians in the Western Front were gruesomely filled with uncertainty on life. In a few months, Rudra and his three Sri Lankan friends fought in the Somme battle, which was known as the bloodiest carnage in the Great War.  Within a few weeks of the battle, Frank Drieberg died on the field. Both Halangoda and Aluwihare were severely wounded. Rudra was fortunate to pass the first weeks safely, yet he too was wounded later. Four schoolboys who went from the playing fields from Trinity to the killing fields of Somme transformed from their boyhood to manhood amidst the savageness of war, but the school time bond they developed at Trinity never departed. 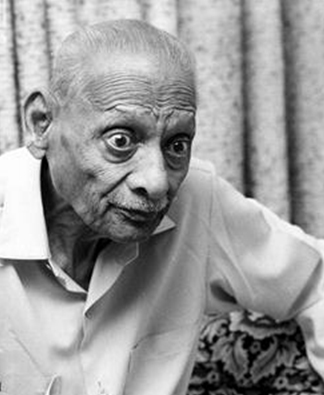 After the war, Rudra joined the British Indian Army and he was among the first few Indian officers that received the king’s commission in 1919. In post-independent India, Gen. Ajit Rudra played a pivotal role in the formation of the Indian Army as the person who identified the site in Pune for the National Defence Academy.His biography written by D.K Palit titled “Major General A.A Rudra: His Service to Three Armies and Two World Wars” vividly tells his association with Mahatma Gandhi and his commitment to the Indian nationalist cause. Most importantly he never forgot Sri Lanka and his childhood alma mater Trinity College Kandy. In 1949 he visited Trinity College’s prize-giving with his school time friend Sir Richard Aluvihare, who became the first Sri Lankan Inspector general of Police in post-independent Sri Lanka. Later during Sir Richard Aluvihare ‘s tenure as Sri Lanka’s High Commissioner to India, both General Rudra and Sir Richard Aluvihare met often to reminiscence about their old memories on the war front. In particular, Sir Richard Aluvihare was always grateful to his old friend Gen. Rudra for saving his life on the Somme battlefield by carrying him safely to the trenches, when Sir Richard was wounded. Gen. Rudra had written in his memoir in the following manner.

“Glancing around, I saw Aluvihare lying in the open…his uniform covered with blood. Helped by a survivor in my section I pulled him into the crater and removed his equipment and tunic. There were two or three dead soldiers lying in the crater. We took their dressing and patched up Aluvihare”. 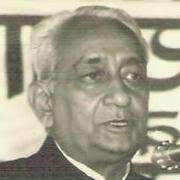 The second legendary Trinitian who went on to become a giant in India’s security was Atma Jayaram. Born to an affluent Indian origin family in Colombo, Atma received his secondary education from Trinity during the era of Rev. John McLeod Campbell. The information about young Atma’s schooling days at Trinity remain obscure, but it is possible to assume that he was a keen student as he was able to enter newly established Ceylon University College under colonial government scholarship in the year 1935.  He showed a penchant for physics at the University, which secured him another scholarship to conduct his post-graduate research at Cambridge University. After returning to Sri Lanka, he attempted to sit for the colonial civil service exam, but his Indian origin excluded him from entering the civil service. With this fateful incident, Atma joined the Indian imperial police service during the turbulent times of the British Raj. He was one of the contemporaries of India’s famous spymaster R.N Kao, who happened to be the first director-general of RAW. Atma Jayaram served as the head of India local intelligence agency IB during the chaotic period in the 1970s.  However, he maintained links with Sri Lanka as the country where he spent his childhood. Indian diplomat M.Dixith’s seminal work “ Colombo Assignment”, recalls his zealous involvement in sending Indian military aid to Sri Lanka, when the island nation was struck by the insurrection of JanathaVimukthi Peramuna in 1971. Perhaps, Jayaram’s eagerness to involve in a Sri Lankan affair was propelled by his childhood memories at his alma mater Trinity College, Kandy.

Next year Trinity College Kandy will celebrate its 172nd year of excellence and the name of Trinity is recognized by many Sri Lankans as a unique educational institute, which produced distinguished personalities to the nation.  The international cricket doyen Kumar Sangakkara and former UN under-secretary-general Jayanatha Dhanapala are just two world known examples that embellished Trinity’s name as its illustrious alumni.Nonetheless, it would be still worthy to revisit how an Anglican school like Trinity implanted an indomitable spirit among two Indians, who carried a profound sense of affection to Lanka and their alma mater, even after reaching their greater heights. Perhaps, it is plausible to assume that Trinity College Kandy is an institute that blended Indo-Lanka relations in the past century through person to person connections.