How Pakistan's Proxy War Began - I

In their eagerness to take full advantage of the entrapment of the Soviet troops in Afghanistan, the Western intelligence agencies reverted to pre-1970s concepts, which viewed any means as good means for achieving a national security objective. Even the production and smuggling of heroin was encouraged to make the proxy war at least partly self-financing and to promote addiction amongst Soviet troops.As a result of these ill-advised actions, Islamic jehad has become a multi-headed hydra, striking here, striking there and striking everywhere and no country, with a sizeable Muslim population, has been able to escape its ravages.

Blood flowed not only inside Afghanistan, but also inside Pakistan due to sectarian violence…

Since the withdrawal of the Soviet troops from Afghanistan in 1988-89, Pakistan’s military-intelligence establishment has been using against India the proxy war techniques it learnt from the CIA, for annexing Jammu & Kashmir and for destabilising other parts of India in order to complete the so-­called “unfinished agenda of the Partition” and avenge the humiliating defeat of the Pakistan Army at the hands of the Indian Army in 1971.

In the proxy war launched by the ISI in the State in 1989, the operating principle was “hit and run”, the aim being to create demoralisation in the Indian security forces and the civilian population by inflicting large casualties on them. “Liberation” and occupation of territory was not the immediate objective. The ISI had calculated that if it kept the Indian security forces bleeding, political and public opinion in India would ultimately realise the futility. of holding on to the State.

The role of the Pakistan Army became primary in this operation and that of the ISI, and the militant-cum-terrorist groups secondary.

The proxy invasion plan of Musharraf in 1999 changed the operating principle to one of “occupy and hit”, the aim being to set up a bridgehead by occupying the ridges in the Kargil sector left unguarded by the Indian Army during winter and thereafter spread the area under occupation each winter by taking advantage of its logistic difficulties. The role of the Pakistan Army became primary in this operation and that of the ISI, and the militant-cum-terrorist groups secondary.

The proxy invasion plan having failed partly due to the vigorous operations of the Indian Army and Air Force and partly due to international pressure on Pakistan, Islamabad reverted back to the earlier operating principle of “hit and run”, with the primary role once again being assumed by the ISI and its surrogates in the State. The “hit and run” tactics are now being increasingly supplemented by suicide missions.

The ISI’s proxy war has passed through two stages. During the first stage (1989-92), the ISI played a direct role in providing financial, training and arms assistance to indigenous militant groups in the State. No intermediaries were used and assistance was given to any indigenous group, which was prepared to indulge in violence, whatever be its political objective.

A large number of Kashmiri militant groups received ISI assistance during this period – from the Hizbul Mujahideen (HM) of the Jamaat-e-Islami which advocated merger of the State with Pakistan on the one side to the Jammu & Kashmir Liberation Front (JKLF), which wanted independence, on-the other. Within a few months of the start of the proxy war, the pro-independence groups set up their ascendancy over the pro-Pakistan groups.

Till 1992, the US and other Western countries looked upon the extremists as “freedom-fighters” and not terrorists. However, the situation changed after the extremists’ attack on a group of Israeli tourists in Srinagar in 1992.

The “hit and run” tactics are now being increasingly supplemented by suicide missions.

For the first time, there was concern in the West over the methods used by these groups and over the role of the ISI in assisting them. There was also increasing interest in non­governmental circles in the US close to the Clinton Administration in the aims and objectives of the pro-­independence groups. The feasibility of independence as a solution became the subject of study by many of these non­governmental groups.

Concerned over these developments, the ISI introduced two changes in 1993. First, it started using intermediaries for keeping the militancy alive instead of directly doing so. Second, it cut off assistance to all pro-independence groups and made future assistance dependent on the recipient group supporting merger with Pakistan.

The first Pakistani organisation chosen as the intermediary was the Jamaat-e-Islami (JEI) of Pakistan headed by Qazi Hussain Ahmed, its Amir. Funds and arms & ammunition were given to it and it was asked to take over the responsibility for running training camps in POK and Afghanistan with the help of Afghan War veterans and for distributing money and weapons to different pro-Pakistan groups. Most of the assistance went to the HM.

In 1993, the Taliban had not yet appeared on the scene in Afghanistan and the Hizb-e-Islami of Gulbuddin Heckmatyar was still the most important and favoured Pakhtoon Mujahideen group in Afghanistan. The recruits of the HM were trained in camps in Afghan territory by instructors of Hizb-e-Islami and the Afghan mercenaries who came into Kashmir with the HM were followers of Heckmatyar.

Subsequently, the ISI started using the Markaz Dawa Al Irshad (MOI) and its militant wing called the Lashkar-e-Toiba (LET) and the Harkat-ul-Ansar (HUA) too as intermediaries for funneling assistance to the extremists in the State. These organisations, of Deobandi/Wahabi orientation, are close to the Jamiat-ul-Ulema Islam (JUI) of Pakistan headed by Maulana Fazlur Rahman and to the post-1994 Taliban. They were important components of Pakistan’s clandestine Army of Islam of pre-1992 Afghan War vintage.

The HM describes its aim as the liberation of Kashmir from the control of the Government of India and its merger with Pakistan.

The ISI saw in the anger of the Indian Muslim community, caused by the demolition of the Babri Masjid in December 1992, an opportunity to drive a wedge between the Hindus and the Muslims in the rest of India, thereby adding to the difficulties of the Government of India. It also wanted the extremist groups supported by it in Kashmir to attack the Hindus of the Jammu Division in order to drive them out.

Thus, from 1993, the ISI’s assistance to the extremist groups in the State was made conditional on their supporting merger with Pakistan, agreeing to attack the Hindus in the Jammu Division and assisting the alienated sections of the Muslim youth in the rest of India in developing a militant capability by training them in their camps in Kashmiri territory.

The Jammat-e-Islami and the HM were reluctant to accept these conditions as they did not want to extend their operational aims beyond J&K, but the LET, the HUA and the AI Sadr of East Pakistan vintage, which subsequently came into the picture, readily accepted them. They thus became the privileged groups of the ISI from 1994 onwards and have now been orchestrating most of the violence in the State.

ISI also wanted the extremist groups supported by it in Kashmir to attack the Hindus of the Jammu Division in order to drive them out.

Though the HM, the LET, the HUA, since renamed as the Harkat-ul-Mujahideen (HUM), and the AI Badr claim to be working together, important differences dividing them are:

…the ISI continues to use these organisations to massacre Hindus in the Jammu Division and to organise acts of violence in the Valley too.

In its eagerness to achieve its objectives against India, Pakistan, through the ISI, has thus been following contradictory policies. It seeks US support for the internationalisation of the Kashmir issue, but has been arming groups, which vow to attack American targets, in order to use them against India. It describes Saudi Arabia as its closest Islamic ally, but has been sheltering groups which are carrying on a campaign against the Saudi ruling family and the presence of US troops in Saudi Arabia.

The increasing concern in the US intelligence community over the training and arming of these anti-US and anti-Israel groups by Pakistan in its attempts to destabilise India was an important reason for the sympathetic attitude of the US towards’ India during the conflict in the Kargil sector in 1999.

The US declared the HUA as an international (foreign) terrorist organisation in October 1997, which then it re-named itself as the Harkat-ul-Mujahideen, and there have been reports that the US is collecting evidence against the LET in order to make a similar declaration against it. Despite this, the ISI continues to use these organisations to massacre Hindus in the Jammu Division and to organise acts of violence in the Valley too. The Kargil War saw the ISI incorporating bin Laden’s Al Qaida also as a component of its Army of Islam.

The long-term objective of Pakistan’s Army of Islam vis-a-vis India is no longer the acquisition of territory in J&K. It is to make the sub-continent safe for the spread of Islam by weakening Hinduism, by debilitating the Indian State and thereby paving the way for the restoration of the Mughal State. 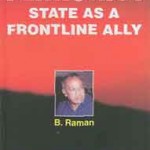 This is an illusion, but illusions can cost lives and suffering. India has been the target of a religious war, which is not going to end with the resolution of the Kashmir issue. What is in danger is not just the future of J&K as an integral part of India, but the future of India itself as a secular, politically pluralistic and economically prosperous State.

3 thoughts on “How Pakistan’s Proxy War Began – I”