The denial of visa to one of our most accomplished and iconic artistes Anupam Kher, out of the 17 who had applied and subsequent shenanigans on the part of Islamabad evokes a sense of déjà vu. It is perfectly in keeping with Pakistan’s perennial perfidy towards India, even though he had a valid invitation to the Karachi Literary Fest. The veteran actor’s passionate espousal of atrocities on Kashmir Pandits, including their forced exodus from the state, may have unnerved our western neighbour.

Contrast this with the privileges always enjoyed by a bevy of Pakistani writers and artistes on Indian soil, including invites to the mother of all jamborees, the Jaipur Literary Fest. They are at complete liberty to walk in and out of such events. It would not be too surprising to find that some of them could be harbouring anti-India sentiments.  Similarly, the West Bengal and UP governments accorded Ghulam Ali a warm welcome, just after his programme in Mumbai had been cancelled,  though he has never uttered a word against terror attacks on India, as his detractors suggest with equal justification.

Pakistani actors Veena Malik, Somy Ali, Javed Sheikh, Mohsin Khan, Ali Zafar, Salma and Sasha Agha (the mother-daughter duo) and many others have been enjoying Indian hospitality for long. They have used Bollywood and the generosity of their Indian fans to attain stardom, wealth and adulation, which would have been unthinkable in their own country.  Pakistani singers Atif Aslam, Nusrat Fateh Ali Khan and Mehdi Hassan have performed without let or hindrance in India. Adnan Sami has been honoured with an Indian citizenship.  Will Pakistan ever reciprocate a sliver of this goodwill?

Pakistan continues to prevaricate and obfuscate, let alone act against the perpetrators, even as skeletons come tumbling out of the Army and ISI closet, in the wake of David Headley’s revelations. Their direct involvement in the abetment and execution of terror attacks on Indian soil demolishes, once and for all, the craftily manufactured theory of non state actors.  Pathankot is practically forgotten, held hostage to ‘good neighbourliness.’  Just a month after the dastardly attack, Hafiz Saeed, the 26/11 mastermind and designated global terrorist, vowed many more Pathankots, as retaliation for the alleged genocide in Kashmir, in open defiance of the political establishment, but with the blessings of the deep state.

In this murky atmosphere, can there be any prospect of lasting peace or resolution. The left liberals’ insistence on a dialogue with Pakistan, might have forced Prime Minister Modi’s hand into a premature meeting with his counterpart Nawaz Sharif.  But the military-mullah-ISI combine seem to have nixed Modi’s initiative.  Why should India act as if it is beholden to Pakistan for small mercies, rather than as a sovereign state or an aspiring superpower in its own right. Politicians may dump national pride because of the fear of antagonizing vote banks, but it conveys a message of self-defeatism, weakness and vulnerability.

If a nuclear armed India cannot deter Pakistan from dispatching its terror hordes to wreak havoc on our soil, including Pathankot, then by the same logic, should the nuclear bogey raised by Islamabad prevent New Delhi from inflicting punitive costs on the perpetrator? Would it not be eminently sensible for the government to dump its soft approach and match every act of perfidy with a befitting response, just to demonstrate that Pakistan cannot get away with random acts of terror, for a change? Our western neighbour knows that it can ill afford nuclear brinkmanship as it is bound up with a catastrophic retaliation.

Playing the victim card, well past its expiry date, has been hugely damaging to the national psyche. The passivity provokes more of fidayeen attacks and emboldens the ISI to target our economy with drugs, fake currency notes and even fifth columnists. Pakistan has inflicted three major wars on India, besides staging hundreds of terror attacks and escalating levels of violence, ever since it came into being. Still there is a loud clamour for people to people contact, driven by certain news channels, as if such an initiative would banish all the violence and belligerence that bedevils our relations.

The long winded and ponderous debates in TV studios refuse to take cognizance of ground realities. Self-righteous peaceniks conveniently argue why Pakistan deserves our sympathies and goodwill because it is also a victim of terror. Very true! But is the failed state not reaping in full measure what it has sown over the past decades, after Soviet invasion of Afghanistan. They also staged shrill protests to plead for Yaqub’s life. The man deserved the death penalty for masterminding the ghastly massacre of hundreds in the Mumbai bomb blasts.

Extrapolating a few cordial interactions with Pakistani citizens or isolated instances of their hospitality, to imply that they love Indians in general and harbour no ill will, would be fallacious. The truth is that the average Pakistani, brainwashed daily by mullahs and vernacular media’s anti-India propaganda, regards his Indian counterparts suspiciously. The process of indoctrination begins much earlier in schools where children are bombarded with a doctored history and taught to hate their neighbours.

Pakistan cries wolf and threatens to take the Kashmir issue to the United Nations, when India is on a particularly strong wicket. It may be recalled that United Nations Commission for India and Pakistan (UNCIP) Resolution on August 13, 1948, specifically directed Pakistan to vacate all occupied territories, which includes Gilgit-Baltistan, Chitral, entire POK or the so called ‘Azad Kashmir.’ The UN asked Pakistan to withdraw all civilian settlers, especially the Punjabis, from occupied areas by 1948.

UN also resolved that the Indian Army should maintain law and order in the whole of J&K, including the vacated areas, until a plebiscite could be held under an arbitrator appointed by Maharaja Hari Singh. Pakistan spurned the UN Resolution and illegally ceded 13,000 square km of Indian territory in Karakoram region to China in the early sixties, besides declaring Gilgit-Baltistan, comprising 73,000 square kms, as its sixth province, later. 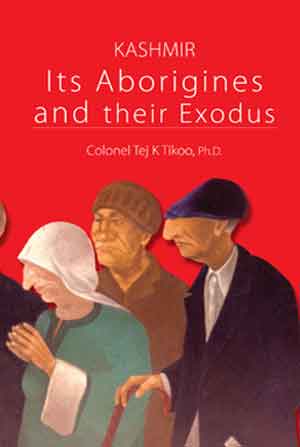 In order to wriggle out of the situation of its own making, Pakistan sought Anglo-American help for the appointment of Sir Owen Dixon, a judge of the Australian High court, as a UN mediator. Dixon proposed division of J&K and creation of an Islamic enclave, so that it could act as a buffer zone and bail out Pakistan. Simply told, the US actually sought a foothold to expand operations in the region and spy on Soviet Union, with Pakistan as a proxy. The demand for bases intensified particularly after the US suffered losses in Vietnam. Pakistan has committed more than a thousand ceasefire violations, causing a tremendous loss of life and property.

C Christine Fair, one of America’s most perceptive South Asia scholars, who has authored the thought provoking book: “Fighting to the End: The Pakistan Army’s Way of War,” writes about biased reporting that “seek to impose a false equivalence on both nations’ conduct. . . . This is dangerously untrue and feeds into a policy-process that has failed to come to terms with the most serious problem in South Asia: Pakistan. Such coverage also rewards Pakistan for its malfeasance by attributing blame to India in equal share and thus legitimizing Pakistan’s ill-found grievances. The only parties who benefit from such an understanding of the ‘Indo-Pakistan’ dispute are the Pakistan military and its terrorist proxies.”

2 thoughts on “How long will India tolerate habitual snubbing?”