Has Atal Tunnel got Beijing worried? 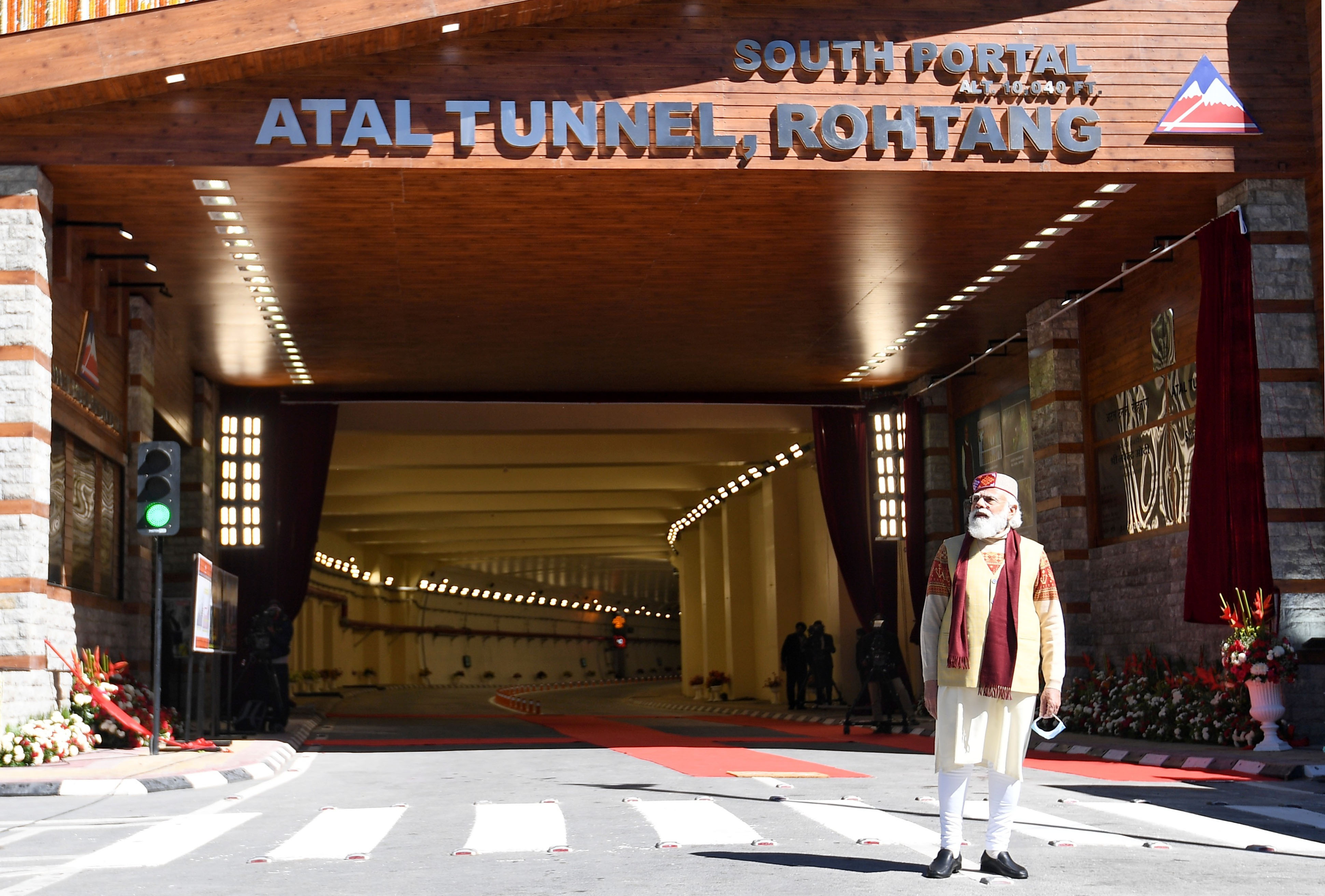 To say that Global Times [GT] serves as Beijing’s ‘unofficially-official’ mouthpiece would amount to stating the obvious, but this has to be done in order to make ‘correct’ sense of op-eds that appear therein. So, when a piece written by Song Zhonping, who has been described as a “Chinese military expert and commentator” [‘Atal Tunnel to have limited benefit to India in wartime’] appeared in October 4, 2020, it did come as a surprise for a host of reasons.

Firstly, the title of the article gives a reader the erroneous impression that the Atal Tunnel is military oriented project and has some relation to the current Ladakh standoff, but the reality is entirely different. The announcement of linking Manali with Keylong, which falls on the route to Leh through a 9.02 km long tunnel was made two decades ago when Sino-Indian relations were gung-ho and so, the military implications of this tunnel were never the driving force behind this project. Au contraire, this venture was initiated with the primary aim of providing local inhabitants a means of reliable surface communication that not only reduced travel time but also avoided delays enroute due to perpetual landslides and closure due to heavy snowfall in winters as also other hindrances due to vagaries of weather.

So, unlike in China where military requirement supplants public necessity, in India, its vice versa and therefore, any military advantages accruing from Atal Tunnel are only incidental.

Yet, while the author has opined that this tunnel would be of “limited benefit to India in wartime,” he has contradicted himself by listing out its numerous advantages. He accepts that, “with the Atal Tunnel opened, Indian troops can be deployed quickly to the border” and that the “transportation of military supplies could go through this tunnel as well.”

Lastly [and most importantly], admitting that “it’s true that its introduction could greatly reduce the distance from the rest of India to Leh,” he has honestly concluded that “its usefulness as both a combat readiness tunnel and strategic channel has clear strategic significance to India.”

However, while acknowledging that “the tunnel will be of great help to Indian troops and their provision of supplies in peacetime,” the author feels that “it has no benefit in wartime, especially if military conflict breaks out,” and his view is based on the premise that “the Chinese People’s Liberation Army[PLA] has means to make this tunnel unserviceable.” He goes on to support this opinion by mentioning about there being a “certain gap in combat effectiveness between China and India, especially in terms of India’s systematic combat capability” and concluding that “India is far from reaching China’s level.”

If the PLA has the capability to interdict Atal Tunnel, surely the Indian army would be aware of this threat and so, wouldn’t it be presumptuous to assume that it still wouldn’t take appropriate actions to deny PLA the opportunity to render the tunnel unserviceable? That preconceived notions can lead to serious troubles is amply clear from Chinese President Xi Jinping’s precipitous action of ordering PLA to intrude across the Line of Actual Control [LAC] in Ladakh in the belief that New Delhi wouldn’t make any hue and cry. New Delhi’s strong resolve not to cow down and the Indian army’s proactive step of occupying dominating heights along the LAC with preparations to stay put as long as it is necessary has evidently shocked not only Xi but the entire Communist Party of China [CPC]!

So, going purely by statistics, if the author is referring to technological disparity between Indian army and PLA when he mentions “systematic combat capability,” then his views are correct. But if victory in war was an unalienable and sole function of the comparative technological index of opposing forces, then why couldn’t the far more technologically superior US led NATO forces in Afghanistan overwhelm the Taliban that has only rudimentary technology at its disposal? Why instead of winning this much-hyped war on terror, the US has been forced into making a shameful exit by ending its two-decade old war against the Taliban through a Faustian deal that it will ultimately regret? History also records the ignominious US forces withdrawal from Vietnam and Soviet Union’s humiliating exit from Afghanistan.

Therefore, while technology definitely helps during war, but victory comes to the side with greater grit and courage. I do not wish to get into a comparison of an Indian army soldier with his PLA counterpart, but suffice it to say that dealing with an unprincipled adversary like the Pakistan army and fighting terrorists patronised by Rawalpindi to wage proxy war in Jammu and Kashmir, ensures that a ‘jawan’ [soldier] of the Indian army is baptised by fire. Such is his motivation that he even certain death in the line of duty doesn’t deter him.

The May 5 Galwan incident bears testimony to the fact that even though unarmed and outnumbered, Indian soldiers stoutly held their ground and fought like tigers till they fell. That Beijing hasn’t yet released information regarding the casualties that PLA suffered in this incident clearly indicates that the figures are too embarrassing to reveal!

For long, Beijing has been behaving like an international ‘bully’ and unfortunately, also getting away with it. But with New Delhi not acceding to Beijing’s totally unreasonable demand of halting development and upgradation of roads and administrative facilities in Indian territory, as well as that of matching PLA build-up on the LAC with a similar deployment has really peeved Beijing as these retaliatory actions could well embolden other states who are the victim of China’s unjustified intimidation to resist Beijing’s highhandedness.

Xi and the CPC need to appreciate that unlike China, India has never attacked another country and in keeping with its historically peaceful demeanour, New Delhi is prepared to go to any extent in order to avoid an armed conflict. But at the same time Beijing shouldn’t forget that if driven against the wall, the Indian armed forces will fight back with unimaginable fury, the PLA’s so called much touted [but never demonstrated] “systematic combat capability” !