HAL and India's Race to the Bottom 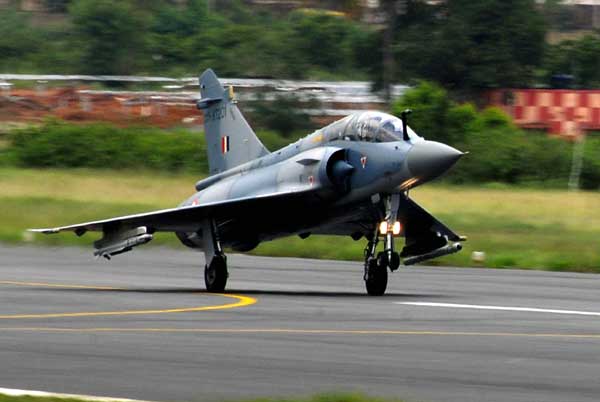 The Mirage 2000 crash in Bengaluru and the tragic fatalities of the two test pilots must make Indian policy-makers recognise and take steps to urgently address the conditions in which the Hindustan Aeronautics Limited (HAL) is run. HAL’s below par performance standards – from HF24 to the Gnats, MiG 21s, 23/27s and the Sukhois and now even  the Mirages – is an old story. In fact, the end of the financial year is witness to an annual frenzy at the establishment with regard to its slipshod work and slippages in the quality of overhaul and timeframes, servicing, and quality control across the board, for aircraft and equipment alike. The lack of competition within the country and non-participation of the civilian sector have virtually sounded the death knell for this behemoth white elephant public sector undertaking (PSU).

HAL held great promise in the 1960s – indeed, at the time, it was considered to have the makings of a ‘Navratna’ PSU, particularly when the German aircraft designer, Kurt Tank, stepped in to help with the HF-24 Marut. The initial stages of the Light Combat Aircraft’s (LCA) conception were world class in terms of contemporary technology and tradecraft. However, the past few decades have seen this premier aircraft manufacturer slip down the abyss and being unable to provide even basic value for money. In today’s competitive era of high-end aviation technology, any venture not able to meet high quality safety and efficiency standards is bound to fall out of reckoning. HAL’s recent track record unfortunately points to a sorry state of affairs, devoid of any accountability.

While most such enterprises in the world, such as the Turkish and Israeli aircraft industries,  have progressed by leaps and bounds in their capabilities, especially over the recent decades, HAL is sagging due to inferior Soviet-era technology and its own trade union culture. It speaks volumes that HAL is found missing from the most prominent international air shows such as the Farnborough and Paris. On this basis, it is confounding that this body is going to be tasked with maintaining or constructing more new platforms such as the CN-235 transport aircraft, advanced attack helicopters such as the American Apaches, and perhaps even the Rafale at some stage. Transfer of technology normally entails valuable transfer of expertise, experience, and innovative quality control norms. HAL has most certainly not learnt from its earlier debacles with the MiG and Sukhoi series. Book adjustments from captive clients such as the Indian Air Force (IAF), Indian Navy (IN) and Indian Army (IA) have kept their coffers strong, regardless of recent motivated media outbursts about the poor state of its order books.

The nature of leadership is also a concern. A venture with such a precarious national security charter must display dynamic leadership. Past attempts at bringing in IAF functionaries were later systematically scuttled by the techno-bureaucratic war machine, leaving promotees and political appointees as CEOs. The government needs to consider bringing in serving IAF functionaries at higher management levels to enhance accountability. Further, a combination of the public-private partnership (PPP) model and outsourcing to renowned foreign players (such as Israeli Aerospace Industries Limited, Lockheed Martin Corporation or British Aerospace plc) must be considered, and meritocracy brought in from top to bottom to ensure value for money spent.

The reorganisation of this huge PSU needs to be undertaken on priority, ensuring a seamless transition to higher outputs and state-of-the-art capability. In the meantime, IAF Base Repair Depots (BRD) must be upgraded to take on major servicing as well as upgrades of avionics and weapon  systems. Stringent human resource management of former IAF and direct entry candidates is also important, and performance-based motivational avenues and promotions need to be incorporated. A high-level study on the lines of the Kargil Review Committee should be instituted forthwith to identify and remedy problem areas. The issues that afflict HAL would be applicable to many an ordnance factory, too, some of which have recently had unexplained fire accidents. HAL’s is a sad story of incompetence and non-accountability. These defence PSUs need to be treated at par with the defence forces and their rules of engagement and company laws rehashed to cope with those amenable to a war-making organisation, lest India finds itself to be a toothless tiger in today’s competitive strategic environment.