Home  >  Spotlights  > Geopolitics  >  Governors Rule in Jammu and Kashmir: The Challenge and the Ramification

Governors Rule in Jammu and Kashmir: The Challenge and the Ramification 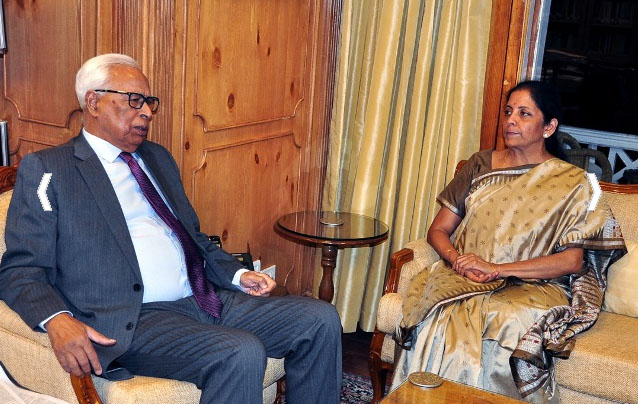 The political churning witnessed in Jammu and Kashmir in mid-May has settled down into a new mould. It became quite apparent within the first few days that there was no possibility of any other political alliance replacing the PDP-BJP combine which, in turn, pointed to the inevitability of Governors rule.

National Conference took the lead in extending full support to Governor Vohra, of course, with the proviso that an environment for holding of elections be created at the earliest. The Congress chose to stay quiet, as always. However, in the matter of a possible alliance with the PDP the Congress did give a quick rebuttal and thus obliquely rooted for Governors rule.

The BJP would possibly be relieved at the prospect of imposing Governors rule in Jammu and Kashmir and finally doing what it should have done immediately after the result of the assembly elections in the state gave a hung verdict.

The PDP now stands politically isolated. Only time will tell if the isolation extended to rejection by the people too in a manner similar to the rejection by the other political parties. Contrary to initial belief, Mehbooba Mufti has not chosen to criticise the Governors rule even as she prepares to attack the BJP for its sudden U-turn.

As soon as the notification for Governors rule was issued by the office of the President of India, Governor NN Vohra put to use his vast experience in taking control of the situation. That all political parties hold him in high esteem and were quite amenable to the new order helped in settling down things.

In the selection of his core team the Governor has applied a principle of merit. All advisors chosen are reputed professionals with great experience. There is no political appointee whatsoever. The new administrative dispensation has kept good governance and observation of rule of law central to its objective to turn around the volatile situation in the state. It has not allowed the political instability to negatively impact crucial preparations for the Shri Amarnath Yatra which has taken off in a smooth manner.  A week before the formal launch of the Yatra, the Governor personally visited key points like Sheshnag, Pahalgam and Chandanwari from where the Yatra will be controlled. He inspected the arrangement on ground and also held meetings with the officers in charge of security as well as administration. It is notable here that the Governor is also the Chairman of the Shri Amarnath Shrine Board (SASB) and has been working personally on the details of the pilgrimage for many months now.

With Governors rule being firmly in place and the first challenge of successfully launching the Shri Amarnath Yatra having been achieved, it is time to look for ways and means to restore the situation in the state that has deteriorated to an unacceptable level.

At the crux is the security situation that has deteriorated rapidly due to the soft approach advocated by Mehbooba Mufti. Terrorists and miscreants are ruling the roost due to complete lack of restraint.

In fact, the turning point that led to the break-up of the coalition government was the daylight murder of the journalist Sujaat Bhukhari and abduction followed by murder of the Army soldier Aurangzeb. Both incidents have a grave security manifestation.

It is disturbing to note that the sensationalist media has been talking of the Army being given a “free hand to deal with terrorism with an Iron Fist.” The army accepted the decision of the Government for suspension of operations with utmost dignity and discipline, despite many independent security experts questioning the wisdom of the same. As expected it has resumed operations in a professional and humane manner as earlier. Utmost effort is being made to keep collateral damage at the minimum and local terrorists are being given all facility and motivation to return to the mainstream even when they are caught in a cordon. The fallacious impression that some sections of the media sought to create has been negated.

The media needs to introspect on its role in Jammu and Kashmir and find ways to bring in positivity rather than stoking fires disruption. This is also an area where the new administrative dispensation needs to focus; if self restrain is not forthcoming then certain curbs need to be put in place.

A long term solution to the Kashmir problem lies in plugging the rapid radicalisation and religious fundamentalism being perpetrated in the Kashmir Valley by inimical foreign forces. A two pronged strategy that promotes Sufism and Kashmiriyat as intrinsic parts of the Kashmir civilization would pay handsome dividends. This is essentially a political mandate that the Governor needs to pursue with all assistance from political parties, civil society, religious leaders and most of all the parents and families of the youth.

The people of Kashmir need to understand that on them vests the prime responsibility of weaning away their sons from the path of terrorism. If local boys shun the path of violence then the peace that everybody (including the security forces) is yearning for will automatically become a reality.

The Jammu and Ladakh regions of the state have been given short shrift during the period of the coalition, leading to festering discontent. Jammu region, especially, is sitting on the tinder box due to unaddressed sensitivities on issues like the Rohingy refugee influx, inadequate attention to plight of border residents due to incessant shelling from across the border and general lack of development initiatives in comparison to Kashmir. The list is long! The Governor needs to bring about a thought process that looks at the state as a whole and not in parts.

The people have welcomed Governors Rule in the state with a fair degree of relief and even happiness. The administration of the Governor will need to put in a lot of effort to first contain the adverse situation and then turn it around to a degree that facilitates holding of elections. However, expectations raised to an unattainable level would be counterproductive and should be avoided. The immediate requirement is to support the new dispensation so that forward movement is possible.