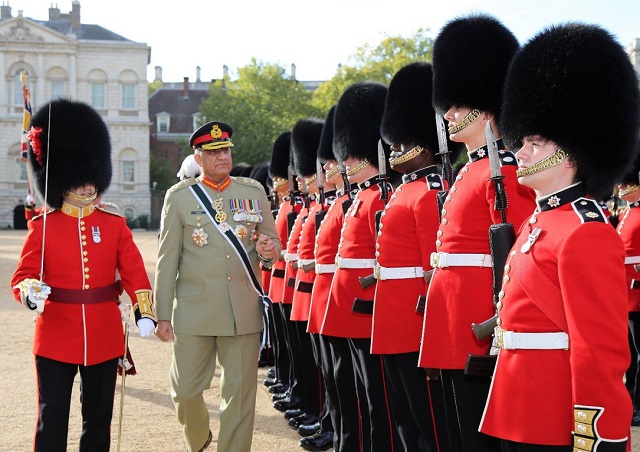 A change in command of the Pakistan Army normally gives way to a degree of romanticism that the new Chief will be different from his predecessors, will remain within the ambit of his military domain and allow democracy to flourish. Such a thought process was witnessed when General Ashfaq Pervez Kayani took over in what heralded the end of a decade long dictatorship of General Pervez Musharraf. Kayani turned out to be a quiet, behind the scenes operator who scripted the policy of the Army of “holding all authority with no accountability.” General Raheel Sharif was more vocal and visible than his predecessor; he refined the Kayani doctrine to a fine art.

The anointment of General Qamar Bajwa as chief led to another round of euphoria in the Indian media. Bajwa took over in November 2016 with the Indian media going overboard in projecting him  as a mature professional soldier, a votary for democracy and more interested in containing the internal security situation of his country. It was said that for once the Prime Minister (Nawaz Sharif) had a say in the selection process which was seen as a positive indication of things to come.

General Bajwa was quick to dispel the euphoria. Even as the country prepared for the elaborate ceremony (almost similar to a coronation) that marks the change of command of the Pakistan army chiefs, two terror attacks in the Jammu region demonstrated that India policy is unlikely to be tweaked under the new incumbent.

By mid-2017, within months of taking over, Bajwa had attained a new high by putting the judiciary too in his pocket and engineering the ouster of Prime Minister Nawaz Sharif through it. The situation was most aptly described by a noted journalist, FS Aijazuddin, with his fateful words, “Elected governments in Pakistan have less to fear from the Indian Army than from their own- with good reason. For almost 60 years, since October 1958, politicians have lost every battle to gain the higher ground of civilian supremacy.” Within a year from the ouster of Nawaz Sharif, Bajwa scripted defeat of the main political parties in an election that witnessed blatant rigging with active support from his army. He placed at the helm, Imran Khan, a political light weight who has ever since toed his line. Thus, General Bajwa managed to take the policy of ‘holding all authority with no accountability,” to the next level.

Bajwa has recently changed the Director General of the notorious military spy agency ISI; the new incumbent, Lt Gen. Faiz Hameed, is a known confidante of his. He has also empowered his Director General of Inter-Services Public Relations (ISPR), Major General Asif Ghafoor, to speak freely on all governance issues be they political, economic, diplomatic and security state of affairs. On India particularly all statements emanate from the ISPR, as was seen in the aftermath of the Pulwama and Balakot incidents.

There are, however, a number of spooks in Bajwa’s rollercoaster ride. There is general disenchantment in the international community with the inability of the Pakistani state (read deep state) in controlling terrorist activity emanating from the soil of the country. The US has stopped most of the aid that it used to provide and is on the verge of imposing sanctions. The European Union was never a big donor but now it is also veering away. The rising stature of India has much to do in the creation of this environment.

Internally, Pakistan is in a deep financial crisis with no means in place to overcome the same, the insurgent movements are gaining momentum at the agitation level with good use of social media. Good examples are the activities of the Pashtun Tahafuz Movement (PTM) in the frontier regions and the Balochistan Liberation Army (BLA) in Balochistan. Bajwa is finding it a problem to convince China about the security of the flagship China Pakistan Economic Corridor (CPEC) project on which Pakistan seems to be hinging its economic future.

To meet the emerging challenges, General Bajwa has come up with what is spoken of as the “Bajwa Doctrine.” His strategy is based on temporarily normalising relations with India in order to concentrate on the pressure that is being created by the US. Giving a go-ahead, to the Kartarpur corridor, with a beautifully engineered fanfare, and also speaking publically about the need to initiate dialogue with India to resolve all pending disputes are twin prongs of his strategy.

General Bajwa has taken diplomacy in his own hands and is busy visiting foreign countries to garner support for his doctrine. In recent days he has visited China for some renegotiation of the CPEC project. The more significant visit has been to the United Kingdom, the second by him during this tenure. Experts are of the opinion that a main agenda of this visit was to use the UK to reach out to the US and the international community and convince them to reduce pressure exerted on Pakistan to take the lead in improving Indo-Pakistan relations.

The General is not known to hold discussions with the elements of civil government of his country like the National Security Committee of the Cabinet before embarking on such visits nor does he take with him any civilian officials. He holds the meetings and then gives diktats on actions to be taken to the government.

It is often said that, to gain some diplomatic traction, India should talk directly to the Pakistan Army, it being the only decision making authority in the country. This is not feasible for a democratic government. Also, the fundamentalist inclination of the Pakistan Army is well known, so a dialogue, if initiated, is unlikely to accrue any positive results. The only option left for India is to try and strengthen the roots of democracy in the neighbouring country and break the stranglehold of the Army before thinking of any forward movement in relations between the two Nations.