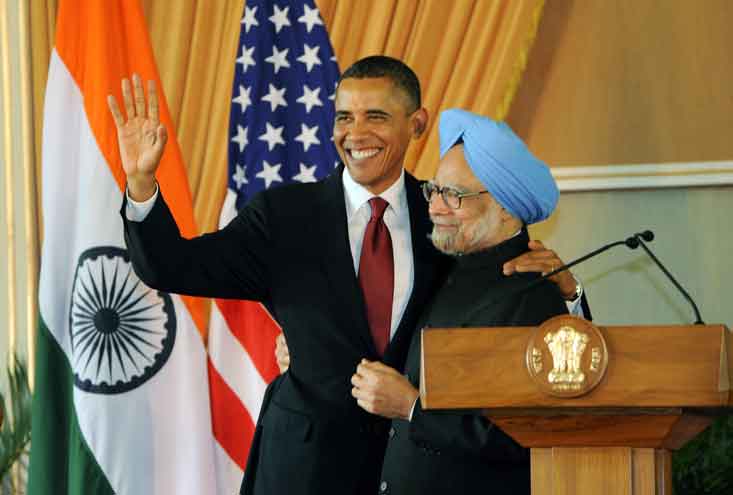 Looking ahead, what could President Barack Obama’s second term mean for relations between India and the United States of America? Will the relationship stay more or less at the level that it has already reached or will it see a surge in the years ahead? Can it begin to wane?

India-US economic ties are not as dynamic as some may suppose. In the last three to four years our negotiators feel that we have not been able to secure any tangible concessions from the US…

There is no reason for the relationship to wilt, even if it has not lived up to its promise in the eyes of some Americans. India’s nuclear liability law and the ouster of US suppliers from the 126 fighter aircraft deal are cited as evidence. The other areas of disappointment are the lack of convergence in views on developments in the Gulf and West Asia, India’s reluctance to accept burden-sharing in upholding the international order as it is obliged to do by its rising global status, as well as its inadequate bureaucratic expertise and capacity to deal with the expanded scope of the India-US engagement.

A less transactional assessment of the state of relations would highlight the great shift in Indian perceptions about relations with the US — from strategic distrust to strategic cooperation. This is best manifested in the $9 billion worth of defence contracts won by the US in the last seven years, with more to come as India diversifies its sources of supplies, as well as the numerous joint military exercises conducted with strategic objectives in view. Counter-terrorism cooperation is acknowledgedly much better than before, as is the quality of exchange of views on regional and global issues. India-US relations are now stable, with a remarkably rich bilateral agenda whose implementation will occupy both sides in the years ahead.

The chance of any dramatic upswing in relations in the next four years, however, seems unlikely. For one, the economic backdrop is not very favourable. With US economic recovery still sluggish, unemployment high and the debt problem unresolved, Obama will remain preoccupied with the domestic agenda. He is anyway not seen as a ‘foreign policy’ president temperamentally. In India, too, growth rates have fallen and investor sentiment, both domestic and foreign, remains unenthusiastic in spite of some reform measures by the government. Regulatory, taxation, environmental, land acquisition, and implementational issues in general remain to be addressed. With growth rates high, market sentiment buoyant and optimism in the air, countries can deal with each other in a more positive spirit than when they are preoccupied with protecting their own interests first — and those of others become even more secondary.

This means that on issues of concern to us relating to the hike in visa fees and the denial of visas to our information technology professionals, making US companies which outsource work ineligible for federal government grants and loans and the totalization agreement that would address the problem of Indian professionals in the US having to compulsorily contribute to social security, the US, already unresponsive, is unlikely to give us satisfaction. Apart from the populism of opposing outsourcing at a time of high domestic unemployment, Obama seems to have an ideological bias against the transfer of jobs abroad even if that improves the competitiveness of US firms.

India and the US will need, therefore, to reconcile their respective visions of Afghanistan’s future in the period ahead. Pakistan’s renewed agressiveness towards India is complicating the situation further.

India-US economic ties are not as dynamic as some may suppose. In the last three to four years our negotiators feel that we have not been able to secure any tangible concessions from the US for our merchandize and services exports. The Trade Policy Forum has not met for two years, although it should do so in a couple of months. The US has dropped to third place as our trading partner, down from 17 per cent to a 10 per cent share of our trade. Investment levels are also low. The US Consumer Protection Act, the extension of the US Foreign Account Tax Compliance Act of 2009 to foreign companies currently under Congressional consideration, the foreign manufacturers liability bill, the ‘Buy America’ campaign and so on are all potential hurdles for building a stronger trade partnership with the US.

Some US trade initiatives would need to be watched closely for their impact on India.The Trans-Pacific Partnership that the US is promoting does not include India, or, for that matter, China and Japan. India’s focus is on the East Asia-centred Regional Comprehensive Economic Partnership. The contemplated trans-Atlantic free trade area between the US and Europe, if established, will affect Indian interests. Bilaterally, regulatory issues on our side need resolution for allowing trade in US agricultural products. In the education sector there are complementarities but legislation on foreign universities operating in India is languishing in Parliament. The stipulation of local content in the solar power and telecommunications sectors has raised US objections. Internet governance is a contentious issue ahead. Our energy dialogue continues, with India hoping to obtain exemption for importing liquefied natural gas from the US. If that happens on a significant scale, it can change India’s energy equations and concomitant strategic calculations. The ambitious goal ahead is to finalize a bilateral investment treaty with the US, the prominent sticking issues being US demands on intellectual property rights (India is on the US watchlist on IPRs), environmental and labour issues and pre-establishment rules. In our strategy, an India-US FTA, for which we discern no appetite in the US as of now, should follow the BIT. All said and done, in spite of issues, it is well to keep in mind that our economic cooperation with the US generally builds our strategic capacities whereas that with China erodes them.

The US envisages a key Indian role in its pivot towards Asia, but we are not clear about its scope given the complex texture of trade and financial interdependence between the US and China. Moreover, the US financial downturn will inevitably lead to a reduction of the country’s defence budgets, whereas any credible pivot will require enhanced US military presence in Asia with a concomitant increase in defence outlays. Obama’s domestic priorities could also over-ride any robust Asia pivot. India is already distancing itself from the pivot by the notable friendly discourse towards China by the foreign minister, Salman Khurshid. During the Australian foreign minister’s recent visit, both countries poured cold water on the idea of a trilateral India-Australia-Japan dialogue, not to mention any quadrilateral dialogue involving the US in addition.

The contours of Obama’s policy towards Afghanistan turning on the accelerated and effectively complete withdrawal of troops, the offer of a share in power to the Taliban, the use of Pakistan as a facilitator — entailing greater deference to its ambitions in Afghanistan — are all causing concern in India. India could be pushed into an opposing axis in Afghanistan. India and the US will need, therefore, to reconcile their respective visions of Afghanistan’s future in the period ahead. Pakistan’s renewed agressiveness towards India is complicating the situation further.

There are some question marks in New Delhi about the new team in Washington, especially with regard to the naming of the senator, John Kerry, as secretary of state because of his perceived softness towards Pakistan and the expected departure of some India-friendly state department officials. The changes in the Pentagon and the Central Intelligence Agency, however, are not causing any particular unease. How much attention Obama pays personally to the India-relationship, which is fundamentally on track, is open to question too.

All in all, therefore, India and the US will neither enter into an embrace nor disengage; they will continue to shake friendly hands as Obama’s second term unfolds.