F-16IN exceeds all requirements of the MMRCA: Roger Rose

The mega deal for 126 Medium Multi-Role Combat Aircraft for the Indian Air Force is expected to be finalised in the near future. How do you assess your chances of the F16IN Super Viper winning the race?

The F-16IN Super Viper is a unique new fighter sharing a heritage with the world’s only fifth generation fighters – the F-35 Lightning II Joint Strike Fighter and the F-22 Raptor. This ultimate fourth generation fighter has been tailored exclusively to meet or exceed all of India’s Medium Multi Role Combat Aircraft (MMRCA) requirements. The F-16IN is the right choice for the Indian Air Force (IAF) and is ready for integration into India’s infrastructure and operations now. 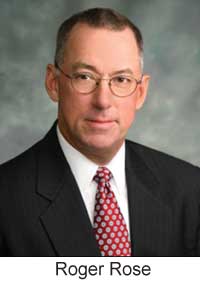 The ability of Lockheed Martin Aeronautics to incorporate the latest technologies into the F-16IN is the key to expanding mission roles and improving combat capability, therefore creating the most effective multi role fighter today. With a robust upgrade capacity and the continuous insertion of technology, the F-16IN can be readily equipped with emerging capabilities throughout its lifecycle. The Super Viper has the most advanced technologies and capabilities available today on the international market. It is truly the ultimate fourth generation fighter with all it brings to the battlefield.

The recent visit by President Barack Obama has helped elevate the strategic partnership between the two nations to a new level. To what extent would help neutralise the regulatory and legal impediments that have so far been impinging on the transfer of sensitive and dual use technologies to India?

Lockheed Martin is committed to a long-term partnership in India, so we welcome the continued strengthening of the relationship with President Obama’s visit. We look forward to that relationship continuing to grow and develop over time. For our part, Lockheed Martin will continue to provide India with the disciplined program performance that is our trademark. A milestone in our efforts is the first major foreign military sales (FMS) delivery of India’s new C-130J Super Hercules transport aircraft, which took place on 16 December in Marietta, Georgia. The US Air Force took delivery on that date, and we expect the first C-130J will arrive in India in February 2011 on time, and on budget. We will continue to perform on our C-130J program, which by itself represents a 30-year commitment to India.

We believe the F-16IN is the ultimate fourth generation fighter, which meets or exceeds all requirements of the MMRCA program; we look forward to both programs expanding the already strong relationship between our two Air Forces, and our two governments. Looking ahead, we will continue to bring high-level technologies to our Indian partners, and we hope to expanded cooperation with government entities such as the Defense Research and Development Organization, HAL, ISRO and Bharat Dynamics Ltd.

As per Robert Gates, the F35 would be the last manned aircraft the US Air Force would buy. How does Lockheed Martin Aeronautics view this prognostication and what are the company’s plans in the regime of Unmanned Aerial Systems to meet with demands of the military in the future?

The United States and other nations are constantly reviewing their needs in light of the changing international security environment. New technologies and new applications of existing technologies also play a part in these calculations. Our role is to support the needs of our customers and meet their requirements.

The K-MAX UAS is a transformational technology for a fast-moving battlefield that will enable military forces to deliver supplies either day or night to precise locations without risk of losing life in the process. The aircraft can fly at higher altitudes with a larger payload than any other rotary wing UAS. With its four hook carousel, the K-MAX UAS can also deliver more cargo to more locations in one flight.

The manned version of the K-MAX is used for repetitive lift operations by commercial operators for the construction and logging industries. To date, the fleet has accumulated more than 255,000 flight hours since 1994.