Effects of Covert and Clandestine Operations on International Peace and Security 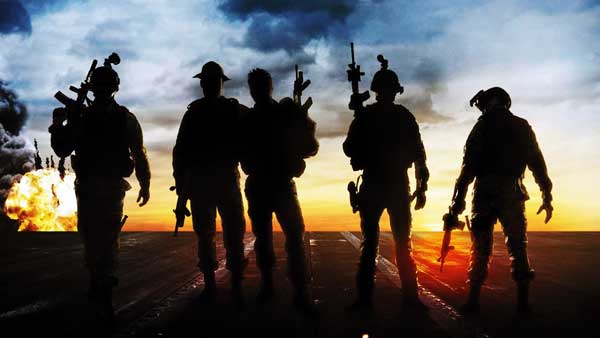 To understand the topic better, let us first understand few terminologies with respect to the topic.

Covert Operation – A covert operation is defined as an operation conducted by armed services, intelligence or law enforcement that is often conducted without using the official channels. While conducting covert operations the identity of the sponsors, individuals or groups, who carry out the operation, are kept classified.

Covert operations are used in those situations where conducting an open operation will backfire and at most attract major attention, rather criticism from the general public and leaders worldwide.

Clandestine Operation – A clandestine operation is defined as an armed services, intelligence or law enforcement operation which is carried out in a manner that it goes unnoticed. However in special occasions, an operation can be both covert and clandestine in nature.

Through this column, let us understand the effects of covert and clandestine operations on international security.

Propaganda is to deliver a specific message or viewpoint to the general public. Paramilitary operations involve training, equipping and supporting Special Forces operatives in target countries. Political action involves supporting and influencing a particular party or the leader of the party of a target nation. It also involves influencing government officials, election results, economic results and civic communities.

Covert operations are used in those situations where conducting an open operation will backfire and at most attract major attention, rather criticism from the general public and leaders worldwide. These operations are mostly illegal. Sometimes these operations are conducted in support of allies and friends to ensure support in controversial part of the foreign policy.

The fact that “Covert operations are illegal” if conducted in a target nation is itself controversial in nature. Although many governments spy on their allies and enemies, maintaining a policy of complete anonymity on this.

With the advancements in technology, nations have now better ways to conduct cover operations. Unmanned Aerial Vehicles (UAVs) are very helpful when it comes to reconnaissance. However, these armed UAVs have mostly been used in strike operations.

The fact that “Covert operations are illegal” if conducted in a target nation is itself controversial in nature.

With the help of few examples of covert operation conducted by nations we will understand the topic better. The example does not contain exact details of the operations as they were classified; anonymity was maintained even years after it was conducted.

After the invasion of Allied forces in Sicily, Italian government collapsed. The then premier of Italy, Mussolini was arrested and imprisoned by then King Emmanuel of Italy. He was imprisoned at the Campo Imperatore Hotel in Italy’s Gran Sasso.

Otto Skorzeny, a highly trained German Para commando, was personally selected by Hitler to carry out a covert rescue mission. Otto then intercepted a coded message by the Italians mentioning the whereabouts of Mussolini. Skorzeny along with the Luftwaffe paratroopers crashed their gliders in the mountains, before rescuing the primer without a single fired shot. Mussolini received a hero’s welcome at Hotel Imperial in Austria.

As the operation was conducted before the birth of the United Nations and during a time of war international attention wasn’t recorded on the issue.

Adolf Eichmann, the perpetrator behind the “Final solution” was a German member of the National Socialist German Workers’ Party (Nazi). He was the man responsible for handling the mass deportation of Jews to concentration camps in Europe.

Operation Neptune Spear was carried out by the permission of President Barack Obama. This was a joint CIA – US Navy SEAL’s operation. The objective of this operation was to eliminate the lone wolf Osama Bin-Laden, head of the terrorist organization Al Qaeda.

After the war, he escaped to Argentina. He worked in a Mercedes Benz factory till 1960. Mossad Agents captured him and he was deported to Israel, where he faced a trial on many criminal charges: war crimes and crimes against humanity were some few. He was found guilty and was later sentenced to death.

In June 960, angered by this operation, Argentina requested to call for an urgent meeting of UNSC as “the incident had violated their sovereignty”. The UNSC then adopted the Resolution 138, which re stated the capture as “a violation of the sovereignty of the Argentine Republic”.

This covert operation (official name: Mivtza Za’am Ha’el) was carried out by Mossad agents of Israel, to assassinate the individuals or groups, directly or indirectly involved in the Munich massacre of 1972, where Israeli athletes participating in the Summer Olympics were taken hostage and eventually killed, by the Black September, a Palestinian group.

The operations, which are believed to be conducted for more than two decades, Israeli assassination (commonly known as kidon) units assassinated many, who they found suspected of being responsible. Assassinations happened across Europe and Latin America. In 1973, a military assault, involving Israeli Defence Force Special Forces and Mossad agents took place in Lebanon, killing many top leaders of PLO.

This operation invited a worldwide criticism as not only a sovereignty of a nation was breached, but also boots on a sovereign ground was violation of many UN protocols. In 1973, the Mossad agents compromised their operation when they killed a civilian, a Moroccan waiter in Lillehammer, Norway. This resulted in the capture of many Mossad agents; however they were released in 1975. This rocked the seat of Prime Minister Golda Meir as she was forced to suspend the operation, amid global criticism.

This operation was carried out by the permission of President Barack Obama. This was a joint CIA – US Navy SEAL’s operation. The objective of this operation was to eliminate the lone wolf Osama Bin-Laden, head of the terrorist organization Al Qaeda. On May 2011 a surgical strike was conducted by the SEALs, in Abbottabad, killing Bin Laden.

This operation was a clear violation of Pakistan’s sovereignty. The then Prime Minister Yusuf Raza Gilani while speaking in the UNSC said: “Our people are rightly incensed on the issue of violation of sovereignty as typified by the covert U.S. air and ground assault on the Osama hideout in Abbottabad. The Security Council, while exhorting UN member states to join their efforts against terrorism, has repeatedly emphasized that this be done in accordance with international law, human rights and humanitarian law.”

Although amid heavy reactions from Pakistan, the United Nations Security Council applauded the result and warned the extremist groups to stop their activities. Nations came in; pouring with appreciation to the US and allied efforts, but many criticized this move and felt that regardless of the target, covert activities need to be dealt with in a very strict manner.

The public opinion is mostly focussed on its effectiveness: does the drone strike eliminate terrorists more than the civilian’s or is it the other way round? However the debate still lacks strategic understanding and framework.

The US first used an armed drone in 2002, when they were targeting a group of armed insurgents in Somalia. A US Predator Drone armed with hellfire rockets targeted a moving vehicle suspected to be rigged with explosives in the Mar’ib province of Yemen. Almost 6 people including 3 children were killed in the attack.

Out of the 6 casualties, one was reported to be an American national. Among the dead were the nation’s most wanted al Qaeda operatives, wanted in connection of October 12, 2000 bombing of the USS Cole which took lives of over 12 US sailors.

Two years later Nek Muhammad Wazir, a high level Al Qaeda commander was killed in a drone strike in the Northwest Province of Pakistan. Wazir was also wanted by the Interpol for harbouring al Qaeda and Taliban operatives. He had recently signed a ceasefire agreement, but he claimed the agreement to be modified benefitting the infidels; as the meeting grew inconclusive, a U.S. drone killed Wazir.

Following the incident, drone attacks in many regions of Pakistan increased. Under Bush Administration, a drone would carry out attacks in every 40 days; under the Obama’s leadership, drone attacks grew rapidly from 40 days to 4 days. Those in the senate defence committee applauded the programs as “every terrorist it kills, numerous lives are saved”.