Dual Charge – An Opportunity to Fix Financial Management in Defence 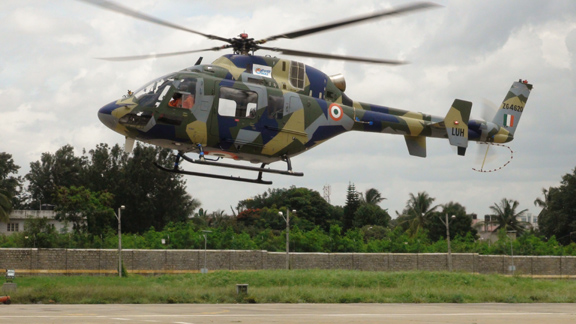 In what is clearly a stop-gap arrangement, Finance Minister Arun Jaitley is back to holding additional charge of the Ministry of Defence (MoD) for the second time in less than three years, following the sudden departure of Manohar Parrikar to head a coalition government in Goa. This has set off speculations about the fate of many reforms that the ministry was supposedly working on before the change of guard. The biggest concern seems to be about the impact of a delay in adopting the strategic partnership policy. This is widely seen as a game changer in so far as defence manufacturing in India is concerned.

This concern seems misplaced. During the debate on MoD’s demands for grant for 2017-18, the Finance Minister informed Lok Sabha earlier last week that 147 contracts worth over Rs 2.96 lakh crore had been signed in the last three years and that 134 proposals worth over Rs 4.45 lakh crore had been approved, of which 100 are aimed at ‘buy and make’ in India. These figures do not suggest that the absence of strategic partners has stymied the procurement process or that the Indian industry continues to be a marginal player.

But these figures do raise the question whether the given level of funding would be adequate to honour the contractual obligations in future, and if not, whether the finance ministry would be in a position to raise it. This is not just about the capital budget. As more and more contracts get signed and new equipment is inducted, more funds will also be required under the revenue segment for its exploitation and maintenance.

As per the finance ministry’s own estimates, while there has been an increase of 4.3 per cent in the revenue expenditure in BE 2017-18 over RE 2016-17, it is expected to increase by about 8 per cent and 11 per cent in 2018-19 and 2019-20 respectively, over the previous year’s estimates.1 This sounds encouraging but for the fact that, as per last year’s Medium Term Fiscal Policy Statement, total defence expenditure, including the capital component, is estimated to be about 1.6 per cent of GDP in 2017-18 and 2018-19.2 This implies that, the overall size of the pie remaining the same, an increase in the revenue expenditure could cut into allocations under the capital segment of the defence budget.

It is doubtful whether procurements are being planned keeping in view the likely availability of funds to meet the cash flow requirement in the coming years. Funds are required not only to discharge the committed liabilities related to already signed contracts but also for signing new contracts. The requirement in the latter category would be of immense proportion if contracts are to be signed for everything that is on the shopping list of the armed forces in a compressed timeframe.

The total value of contracts in respect of 134 proposals, mentioned by the Finance Minister, would be more than Rs 4.45 lakh crore. As of now, this is only the estimated cost of all these proposals. But past experience shows that the contracted value is almost always much higher than the estimated cost, especially if the estimates are based on life-cycle costs.

Not all of these 134 proposals are likely to fructify into contracts, but even if half of them do, it is doubtful whether MoD will still have sufficient cushion in the annual allocations for procurement of various types of aircraft, guns, naval vessels, and other equipment for which approval-in-principle (Approval in principle, or AoN, to use the official jargon) is yet to be accorded. This should be an area of interest for the Finance Minister who is currently in a position to look at the issue from both ends.

The Finance Minister could also make use of the fortuitous opportunity he currently has to set the record straight on reduction of allocation at the revised estimates stage every year. One narrative is that the finance ministry does not let some big ticket procurements go through because it needs to withdraw money at the revised estimates stage to meet the fiscal deficit targets. What lends credence to this narrative is the fact that all acquisition proposals exceeding Rs 2,000 crore (raised from Rs 500 crore in 2017) have to be referred to the finance ministry, whether it is for approval by the finance minister (up to Rs 3,000 crore) or for consultation before any proposal, exceeding Rs 3,000 crore, is placed before the Cabinet Committee on Security (CCS) for approval.

The counter-narrative is that the allocation is reduced in the revised estimates only after making a realistic assessment, in consultation with MoD, of what the latter will eventually be able to spend by the end of the given financial year. This has led to the demand for the setting up of a roll-over non-lapsable modernisation fund, into which the unutilised balances could be transferred at the end of the year, to be made use of in future years. This demand is backed by the Standing Committee on Defence and what lends a sense of urgency to it is that, probably under pressure from the committee, MoD has reactivated this proposal and referred it to the Ministry of Finance in February 2017.

The debate concerning the setting up of a non-lapsable fund, which is often conducted in the larger context of civil-military relations, does no good to the image of the country. It will go a long way if the Finance Minister were to settle this issue while he is still in a position to do so as the minister in charge of both the ministries that are a party to the debate.

These issues point to inadequate attention being paid to ensuring efficiency in financial management in defence. Such a situation has come about partly because of the progressive sidelining of the MoD’s integrated finance division, headed by a secretary level officer. This gradual process has culminated in all work relating to general administration in respect of officers and staff of the finance division being transferred to the establishment division of the department of defence, headed by a joint secretary.

It is important to restore the functional self-sufficiency of the finance division of a ministry which handles 17-18 per cent of the total central government expenditure so that it could discharge its responsibilities without real or perceived pressures from within MoD. If there are problems with the way the finance division has been functioning – and, undoubtedly, there are many – the remedy lies in fixing the problem and not emasculating the division as such by relegating it to insignificance. This issue merits the attention of the finance minister as much as any other issue that he could possibly attend to, to improve financial management in defence while he is still holding dual charge.