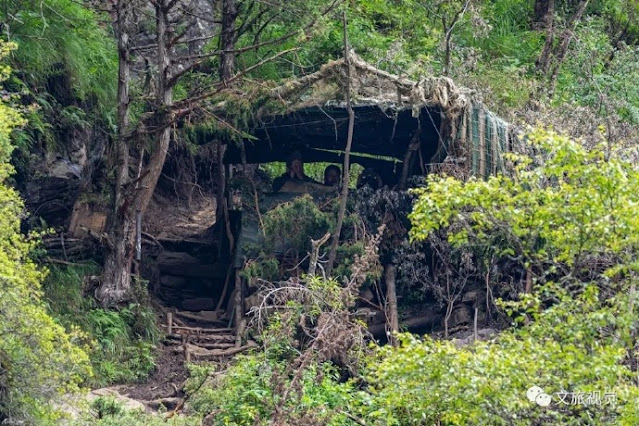 Bunkers near the LAC in Arunachal Pradesh

What is going on in China? One thing is sure that the Middle Kingdom is going through turbulent times, to say the least. One just needs to look at the 13th round of the India-China Corps Commander level meeting, held at Chushul-Moldo post in Ladakh on 10 October. We are now told that the process of disengagement failed to move forward.

India said that it was necessary for the Chinese “to take appropriate steps in the remaining areas so as to restore peace and tranquility along the LAC in the Western Sector”. The Indian side, therefore, “made constructive suggestions for resolving the remaining areas, but the Chinese side was not agreeable and also could not provide any forward-looking proposals. The meeting thus did not result in resolution of the remaining areas”.

While the Indian negotiators regretted that “the atmosphere has changed suddenly”, China had been quicker to move… and blame India. Most commentators could not explain why the negotiations failed.

A quick look at the two press releases (the Indian one quoted above and the one provided by Col Long Shaohua, the spokesperson of the Western Theatre Command based in Chengdu-Sichuan), helps us to understand. Nowhere are mentioned the names of the commanders who met for nearly nine hours. Why?

From the Indian side, like for the previous rounds, the talks were led by the General-Officer-Commanding (GOC) of the 14 Corps based in Leh, a post presently held by Lt Gen P G K Menon (earlier, Menon’s predecessor, Lt Gen Harinder Singh conducted the first rounds).

What is strange is that nobody seems to know who led the Chinese side. It is usually the commander of the South Xinjiang Military District (SXMD), a post held till recently by Maj Gen Liu Lin. A few weeks ago, Liu Lin was promoted to the rank of Lieutenant General and transferred to Urumqi (Xinjiang) as commander of the Xinjiang Military District (XMD) overlooking the SXMD (and the Ladakh front).

Liu Lin’s promotion meant that the Central Military Commission or CMC (read Xi Jinping, its Chairman) was happy about the way that he dealt with India. Since then, the SXMD, China’s most strategic and ‘hot’ front, has had no commander.

Can you believe it?

This is why both sides agreed to leave a blank on the names of those who conducted the talks (it is rumoured that an officer posted in Urumqi, without a real mandate, was nominated as a stop-gap to replace Gen Liu Lin). What does this mean?

It shows that in India, a democracy, the passing over between commanders at all levels is a smooth affair, announced well in advance in the media; it is not the case in totalitarian China, unable to ‘replace’ its commanders in time, resulting in confusion and an inability to “provide forward-looking proposals”. Some Chinese social media have suggested that it was due to the high rate of “mountain sickness” among the officers and soldiers.

It probably means that President Xi Jinping, also CMC Chairman, is unable to find adequate officers who can fit the bill of professionalism, knowledge of the terrain and, critically, are faithful to the Party, i e the Emperor; the latter being the most important criteria.

As a result, the two armies will probably face each other during the forthcoming harsh winter. India will have no choice but to be prepared; this was stated by Gen M M Naravane, the Chief of Army Staff.

Knowing that the talks were bound to fail in the absence of someone mandated to discuss with India, China was quick to move. The Western Theatre Command headquarters immediately released a communiqué: “Instead of misjudging the situation, the Indian side should cherish the hard-won situation in China-India border areas,” commented Senior Colonel Long Shaohua, the spokesperson, who said that the Chinese side had made great efforts “to promote the easing and cooling of the border situation and fully demonstrated China’s sincerity of maintaining overall interests of bilateral military relations. However, the Indian side still persisted in its unreasonable and unrealistic demands, which added difficulties to the negotiations”.

It pointed out that China was firm in its resolve to safeguard national sovereignty: “The Indian side should avoid misjudging the situation and cherish the hard-won situation in the China-India border areas. The Indian side should abide by the relevant agreements and consensus reached between the two countries and two militaries, show sincerity and take concrete actions to jointly safeguard peace and stability in the border areas with China.”

China, it is well known, has great expertise to point a finger at others for mischiefs that it has itself committed.

A few hours later, The Global Times followed the same track and accused India, warning: “PLA border troops maintain high alert, prepared for upcoming confrontations… The harshly worded statement issued by the Chinese government on China and India failing to reach an agreement during their latest round of corps commander-level talks, showed China’s subtle change of attitude toward India, and the country’s staunch determination to protect its territorial and sovereign integrity.”

In other words, China was now fed-up with India (for the PLA having entered India’s territory); to prove its points, the Communist mouthpiece quoted different ‘analysts’.

These ‘experts’ brought up in the process a couple of incidents created by the PLA in Barahoti in Chamoli district of Uttarakhand, where over 100 soldiers and 55 horses transgressed over five km into the Indian territory by walking south of the watershed — the Tunjun-la pass. A few days later, a large number of Chinese soldiers entered into India at Yangtze in the Tawang sector of Arunachal Pradesh; the Indian Army and Intelligence Bureau later confirmed the reports of border transgression which lasted for three hours on 9 October.

The Chinese scholars conveniently said: “India has been triggering new incidents along the eastern section of the border recently.” They argued that China should not only refuse “to give in to India’s arrogant demands at the negotiating table, but also be prepared to defend against new Indian military aggression.”

But there is more than the local situation. The Sixth Plenum of the Communist Party of China is soon coming up (probably mid-November) and Xi Jinping is under great pressure from many quarters and in these circumstances, he could not afford to ‘give away’ anything in Ladakh.

The forthcoming Plenum explains the PLA’s latest aggression on India’s northern borders, but also near Taiwan where hundreds of Chinese planes have recently trespassed into Taipei’s airspace.

The same Global Times published an editorial stating that mainland China will have a showdown with Taiwan if the Taiwanese authorities continue to make trouble colluding with the United States and Japan. It suggested that the PLA fighter planes could fly over the island of ‘rebel’ Taiwan: “This is a step we must take… It will be a clear and unmistakable declaration of China’s sovereignty over Taiwan, and will create unprecedented conditions for us to further implement this sovereignty.”

Xi has several other problems on his plate, whether it is in Xinjiang, with the continuous unrest of the Uyghur population; in Hong Kong, which is slowly being assimilated to the mainland; with the endless power-cuts affecting the industries and individuals; the quick collapse of Evergrande Group and the real estate market; the purge of more and more senior Party officials (on October 2, the Central Commission for Discipline Inspection said that Fu Zhenghua, the former minister of justice, was being investigated), and many more issues.

In the circumstances, one understands that Xi does not have the time to find a replacement for Gen Liu Lin and can’t afford to withdraw from more disputed areas of Ladakh. The media onslaught on India has simply been to divert the attention of the Chinese public, from far more serious issues. Incidentally, President Xi has not left China for almost two years; it is not difficult to understand why.