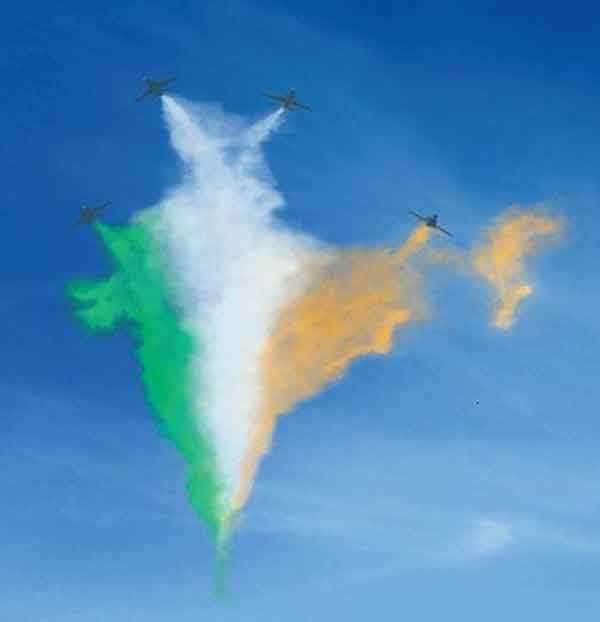 We are constantly led to believe that since elections are held regularly, India is therefore one of the most successful democracies in the world.

The truth unfortunately is different. The number of phases in which election is held in a particular area or a state, and the quantum of security personnel deployed for the purpose, is a barometer of peace and stability. Over the years, both, the phases and the force levels, are increasing at an alarming rate.  The ultimate objective of any political system is preservation of the state in just, peaceful and stable form, and more importantly it must contribute to the growth of unity and nationhood.

It is not the constitution or the people, but the political leaders who are failing Indian democracy.

It is not the constitution or the people, but the political leaders who are failing Indian democracy. A large number of them have been trying to hijack the system. The very election process that is bandied as a measure of success of our democracy, has sought to be subverted by them through mob culture, money and muscle power.

Booth capturing, and ‘scientific rigging’ of elections had acquired alarming proportions, before the election commission began to assert itself because of sheer courage and character of few election commissioners. Nevertheless, it was strongly resented by many political leaders and parties.

But for these election commissioners, Indian democracy may have gone the Pakistan way.

The stability of the country depends upon political direction. Insecure and unstable governments are hamstrung in taking cogent decisions with regard to internal and external security.

The leaders of these parties thrive on the very divisions in the society and the country that militate against the unity and cohesiveness of the people.

The rise of smaller regional parties is the biggest obstacle to the security and growth of the nation. These smaller parties devoid of any pan-Indian outlook hold the national parties to hostage. They have little stake in defence, security and foreign policy of the country. Since their considerations are narrow, and since they view all issues through the regional prism, they are vulnerable to manipulation by inimical powers. The leaders of these parties thrive on the very divisions in the society and the country that militate against the unity and cohesiveness of the people.

Pride in one’s ethnicity or region can be very positive if the regional leaders work within an overall national perspective. Unfortunately that has not been the case. Instead, they are the biggest obstacles to consensus building, and contribute to indecision – a characteristic that bedevils governance in the country.  This phenomenon impacts most when quick and sound decision making is crying imperative on matters relating to security and foreign policy.

Once, essentially a regional leader, a permanent feature of cabinet in national governments of all hues, happened to be in the same place where a police officer of the UT cadre was being dined out. The minister enquired where was the officer proceeding on transfer.

…the minister said that if he had his way, he would gift entire northeast to Burma (Myanmar).

When told that he was leaving for northeast, the minister said that if he had his way, he would gift entire northeast to Burma (Myanmar).

Is there any wonder that solution to insurgency in the northeast is elusive, and that Nagaland and Manipur have ceased to function under the constitutional diktat of India. Some years ago, a West Bengal minister when confronted with the question of illegal migration from Bangladesh, replied that his party did not distinguish between the proletariat of India and Bangladesh.

The entire world is seized of Islamic terrorism. Islamic terrorists attacked our parliament, and in Bihar elections some political leaders were campaigning with look-alikes of Osama bin Laden. In many countries they would have been put behind bars for the transgression. The nation sadly did not take the message seriously.  In a way it exploded many myths about the skewed secular polity, where vote bank politics counts more than the nation.

Another leader, who was never inclined to severe his regional moorings, and became prime minister by accident did not know that the Chief of RA&W reported directly to him. On the very first occasion, when the Chief went to brief him, the Prime Minister said that why brief him and not the foreign minister.

Will Afzal Guru be hanged ? Ever since this issue has come up, a debate has been raised about the desirability of capital punishment. Such questions are debated very little when rapists and murders are judicially put to death. Afzal Guru tried to destroy the greatest symbol of our democracy i.e. the parliament and tried to rape the nation as such—and India debates. The tenor of this debate would have been different, had some politician fallen prey to the terrorists; instead of lowly paid, least respected and least admired security personnel.

In a democratic country, there is no problem with ideologies and isms. But we must realise that invariably in India these have extremist offshoots like the ULFA (offshoot of AJP) and naxalite (offshoot of communism). The ideologies and isms fail to correctly define a problem. A time arrives when the same ideological and revolutionary parties clamour for decisive action against their own extremist offshoots. They are dead against initiating measures in the infancy stages of the problem, when it can be most easily quashed. When the problem assumes pernicious dimensions, they demand for deployment of security personnel—‘the canon fodders’.

Will Afzal Guru be hanged ? Ever since this issue has come up, a debate has been raised about the desirability of capital punishment.

In a country, which boasts about being the most successful democracy, as a reciprocal gesture, a head of state of another country is not allowed to address the parliament just because a party having some political influence in two extremities of India, and critical to the survival of the government, does not approve of it.

Imagine there are differing opinions in the country about: China being aggressor in 1962 and in illegal possession of our territory, illegal migration from Bangladesh, Islamic terrorism in India, and the level of instability caused by the pan-Indian Maoist insurgency in the heartland of the country.

China in its bid to strategically circumscribe India contributed to Pakistan’s missile and nuclear weapon programme, nevertheless, there are politicians who speak about India’s strategic encirclement of China in concert with other powers.  Yet these politicians are indulged and pampered with, and toasted by the government, and an upright moral and nationalistic ex-RA&W officer is hounded.

We should be ashamed that in a secular country of ours, a segment of population has been chased out of their homes for the fault of belonging to a particular religious community. The inhabitants of cold climate region, they have been compelled to stay as refugees in hot climate in their own country, and the politicians shy away from visiting them for political reasons. Displaced population after partition was given a much better deal in India.

Ultimately, most ‘non-English education’ states reversed their policy, but by then a generation had suffered.

It is the hypocrisy, feudal and callous attitude of the politicians that has inhibited the growth of India. While in the garb of democracy, they make set of policies for common man; they have another set of policies for themselves. In many states, as vote bank expedient the teaching of English in primacy schools was done away with. The politicians however sent their children to English medium schools.

The states that persisted with the bilingual approach to education surged ahead in employment and economic terms. Ultimately, most ‘non-English education’ states reversed their policy, but by then a generation had suffered. It is the same case with economic policies. Who is going to pay for suffered generation? It is the same generation of the country, which is restive and has lost faith in the contemporary face of Indian democracy. Its manifestations are lawlessness, mob culture and insurgencies.

The biggest problem in the way of the evolution of Indian democracy is that simple distinctions between – right and wrong, permissible and impermissible, moral and immoral, national and anti-national, and legal and illegal, has been victim of our political culture. The quantum of punishment is inversely proportional to the number of people involved in a transgression or crime.

It has its genesis in the mob culture, whose progenitor are the politicians. Mob culture degenerates into mob violence, and finally into insurgency and anarchy. The politicians insult the very people they claim to represent, by giving money and other inducements to them for attending their rallies.

This is the mockery of the contemporary democracy in India.