Benjamin Franklin wisely pointed out, “They, who would give up an essential liberty for temporary security, deserve neither liberty nor security.”

Unity of effort is an acknowledged principle of war. Operations in this war, at any level, will achieve strategic clarity and maximum effectiveness by integrating both horizontal and vertical planning and implementation processes from the outset. These are two fundamental organizational mechanisms necessary to help eliminate ambiguity, ad-hocism and mission-creep.

How could the United States have won all the battles in Vietnam, but lost the war? The answer is straight-forward. American leadership failed to apply the fundamental principles of military theory and grand strategy in that conflict. The experience brings out five highly inter-related strategic-level lessons. They are:

The central unifying theme of these lessons is decisive. The instruments of national power must be organized, trained, and equipped within prescribed considerations. These must be preceded by clear, holistic, and logical policy direction – and the structure, roles, missions and strategy that will ensure the achievement of the political ends established in that policy. This is a fundamental “rule” that is as valid for current and future conflict as it has been in the past.9

Sun Tzu stated that, “War is of vital importance to the State; the province of life or death; the road to survival or ruin. It is mandatory that it be thoroughly studied.”10 And Clausewitz reminds us that “The first, the supreme, the most far reaching act of judgment that the statesman and commander have to make is to establish . . . the kind of war on which they are embarking; neither mistaking it for, nor trying to turn it into, something that is alien to its nature.”11 Determining the nature of the conflict is thus “the first of all strategic questions and the most comprehensive.”12

The primary problem is to re-evaluate constantly the principal threat and the proper order of priority for the others. The secondary problem is to develop the capability to apply long-term political, moral, psychological, and economic resources – as well as military – against the various centres of gravity that this type of war generates. Shrinking from these inevitable requirements for success in conflict only prolongs the struggle. Sun Tzu reminds us that, “. . . there has never been a protracted war from which a country has benefited.”13

There is no international terrorism without the support of sovereign sponsor-states. It cannot be sustained for long without regimes that aid and abet it.

Every war will be unique. It will reflect the history, geography, and culture of the society in which it occurs. Yet, there will be analytical commonalities – and strategic-level principles – that continue to be relevant. “The past of guerrilla warfare and insurgency represents both the shadow of things that have been and of those that will be.”14 Our challenges are interconnected. We have the skill and resources to do what is necessary. What we also need is the will.

There is no international terrorism without the support of sovereign sponsor-states. It cannot be sustained for long without regimes that aid and abet it, and provide the terrorists with intelligence, money, and operational assistance, dispatching them to serve as deadly proxies to wage a hidden war against more powerful enemies. Victory over terrorism is not, at its most fundamental level, a matter of law enforcement or intelligence. However important these functions may be, they can only reduce the dangers, not eliminate them. The immediate objective is to end all state support for and complicity with terror. 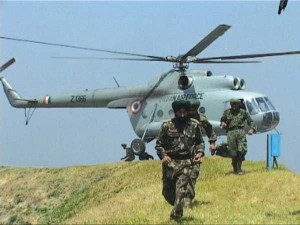 The war against terror is a zero-sum game in which there can be only one winner. In this war, the terrorist or insurgent wins if he only does not lose, while the State loses if it can not win. There is no place for an honorable draw. Victory in any kind of war is not simply the sum of the battles won over the course of a conflict. Rather, it is the product of connecting and weighing the various elements of national power within the context of strategic appraisals, strategic vision, and strategic objectives. The more a terrorist attack recedes from our memory, the more difficulties we will have in developing and implementing a really robust domestic anti-terrorist programme.

When can we declare victory, and by what parameter can we detect its arrival?  What would constitute a victory for India in the confrontation with Pakistan over terrorism? Terrorist gestation within a country or region has lead times comparable to cancers. The measure of success suffers from the same uncertainty inflicted on every recovering cancer patient.  Cancer “cure” rates are measured by the number of years without a recurrence. If we are winning we can expect that terrorism against us will not involve major national assets and will reduce in scale, falling into the background noise of ordinary crime.

Above all, is the need to fight the media war. Public relations campaigns must be strong and strategic. There is an imperative need to understand how media works, how best to utilize its blind spots and prejudices.

The ultimate outcome of any counter-insurgency or counter-terrorism effort is not primarily determined by the skillful management of violence in the many battles that take place. Rather, control of the situation is determined by the level of moral legitimacy; organization for unity of effort; type and consistency of support, intelligence and information; the ability to reduce internal and external aid to the insurgents; and the discipline and capabilities of the security organization involved in the “war.” To the extent that these factors are strongly present in any given strategy, they favor success. To the extent that any one component of the model is absent, or only present in a weak form, the probability of success is minimal.

There is a need to develop robust covert systems of surveillance, infiltration, detection, disruption and destruction of terrorist cells, infrastructure, and support within the country. We need an intelligence capability several steps beyond the usual required for anti-crime operations. This capability involves active utilization of intelligence operations as a dominant element of both strategy and tactics.

Above all, is the need to fight the media war. Public relations campaigns must be strong and strategic. There is an imperative need to understand how media works, how best to utilize its blind spots and prejudices. The requirement is for a clear vision, networking capacity and the resources to use world media to full effect.