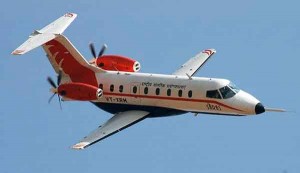 When the Saras crashed, killing its crew, the deafening silence in the media, as also from those who know about flight testing, design and manufacture of aeroplanes, and the unforeseen dangers in this activity, was rudely apparent. What is the Saras for? Who would use it? What kind of pilots would fly such a piece of aeronautical disingenuity? Was the Saras made to order, or was it created without any Qualitative Requirements? Which potential airline or military user was consulted before the Saras design was frozen? Which certification agency oversaw the progress of Saras from the drawing board to the shop floor, and into the air? These and many more questions are out of public domain, and alas, neither the media, nor the aeronautical engineering community, nor the Office of Scientific Adviser (SA)  to the Raksha Mantri (RM), nor the Parliament, nor the Defence Ministry have demanded answers from the Designers or the Flight Testing agency controlling the Saras programme.

No chief of the IAF will ever buy the Saras. Which VIP will fly in this piece of unreliable aeronautics?

Whither Accountability. What can one say about the accountability of these organisations? Three precious lives of the Indian Air Force perished with the Saras. Why were they doing this job on an aeroplane which would never to be inducted into the IAF? Why was this piece of poor aeronautical engineering thrust upon the IAF?

Why Do the Armed Forces Get Unusable Weapons?

Enough Is Enough. It logically leads us to a very basic question – why did the IAF do this for a lemon of an aircraft? No chief of the IAF will ever buy the Saras. Which VIP will fly in this piece of unreliable aeronautics? Just because the National  Aerospace Laboratories (NAL) can make nothing better, must we accept it and then precipitate an avoidable tragedy? What are the credentials of the NAL to design aeroplanes? Are NAL designers willing to travel in the Saras? Indeed, the IAF must support indigenous industry, and it has done so for decades, many times against better judgment, and what is more, that it has sacrificed in men and efforts to boost indigenous technology. After 26/11 the clamour  was: “enough is enough”.

Is it not time for the Indian Armed Forces to say the same thing about the DRDO, specially after the Saras crash? Arguments and justification for PSUs/DRDO/Ord Factories continuing to design and manufacture what the Armed Forces do not want, will remain. It has to stop somewhere, maybe this accident should galvanize us into affirmative action to resist being burdened with weapons that we do not need today, and we will certainly not need tomorrow.

I was staying at the BSF Mess, and a young constable asked me “Saab, why have we been given the INSAS rifle? It stops more often than it fires”. After pumping crores into Ordnance Factories, they make unreliable rifles for our jawans?

India’s Security in Jeopardy. Some classic examples of our R&D failures are the Arjun tank, INSAS rifle, Saras, Kaveri, Akaash, Nag, Indra Radar, and so many more unknown to me and India. During Aero India 2009, I was staying at the BSF Mess, and a young constable asked me “Saab, why have we been given the INSAS rifle? It stops more often than it fires”. After pumping crores into Ordnance Factories, they make unreliable rifles for our jawans? The recent revelations about DG Ordnance Factory Board, taking bribes from suppliers, tells us what is happening in that organization. What is worse, no one seems to want to remedy the malaise. We faujis have made so much fuss about the 6th Pay Commission, One Rank One Pension, Warrant of Precedence – fasts at Jantar Mantar, but no protest from any quarter, over all these years, about useless equipment being dumped upon the disciplined faujis? In turn the fauji fights and wins the battle. Is this not willful dereliction of duty by successive DRDO scientists, and their supreme commander, SA to RM? Each of them, without exception is guilty.

Forget the investment poured into DRDO, look at the loss of lives because of their incompetence and negligence. The constant failure of the DRDO has placed India’s security in peril.

Most SAs and their scientists are alive and flourishing. Even today in 2009 is it not shameful that we are importing flak jackets and winter clothing? Should DRDO/PSUs be even tasked to design and manufacture equipment for the Armed Forces? Won’t a small entrepreneur in NOIDA or Erode do a better job? Or better, ask Tirupur – they will replace their traditional hosiery with armored jackets for the Armed Forces, CISF, BSF, and ordinary cops. Whenever the Armed Forces want a weapon system, the DRDO invariably says “we can make it” and they have an unassailable record of never delivering. Ultimately, we import that same equipment at ten times the cost. Stories of this perfidy are too many to enumerate. In the interim, battles take place, and till now over the last 62 years, the fauj has delivered victory to India, except in 1962. DRDO cannot boast of such a record. Why not? Forget the investment poured into DRDO, look at the loss of lives because of their incompetence and negligence. The constant failure of the DRDO has placed India’s security in peril. The purpose of this article is not to list the unerring failures of our DRDO laboratories, Defense PSUs, and Ordnance Factories. It is to seek accountability, disciplinary action from those who have put India in jeopardy, by constant failure to give what is promised to the Indian Armed Forces to fight for India and her people.

Who Gets Punished for Non-Performance & Manpower Shortage?

No Accountability. Fauji officers who under perform or commit blunders get punished, they miss promotions and the majority in any case waste out with as little as 25 years of service. DRDO scientists continue unhindered till 60 years, even when they do not deliver. Which DRDO boffin was punished for the Jaguar that blew up over Pokhran, or for repeated failed missiles? Has anyone from Ordnance Factories been punished for the INSAS rifle? For nearly 35 years of their service, DRDO scientists fail to make what they are paid for. They fail in delivering goods. They fail to even copy a weapon system, and then retire gracefully with full benefits. 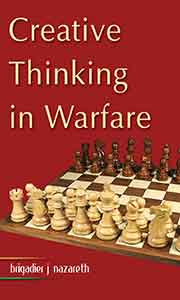 Can there be a more pitiable state of affairs in the scientific community of India? How much longer will DRDO and its associates gobble up large parts from the Consolidated Fund of India, with zero returns? How much longer must the Armed Forces be held hostage by non-performing technocrats? Will no one address this malady?

Can India continue to accept this treachery? Is there no one who will free us from these incompetent high priests of technology? Can the media not seize this opportunity to reveal the truth and force remedial action? How come that greatest SA to RM could not ‘ignite the minds’ of his non-performing scientists? The basic cause is that motivational fuses were never inserted into DRDO scientists.