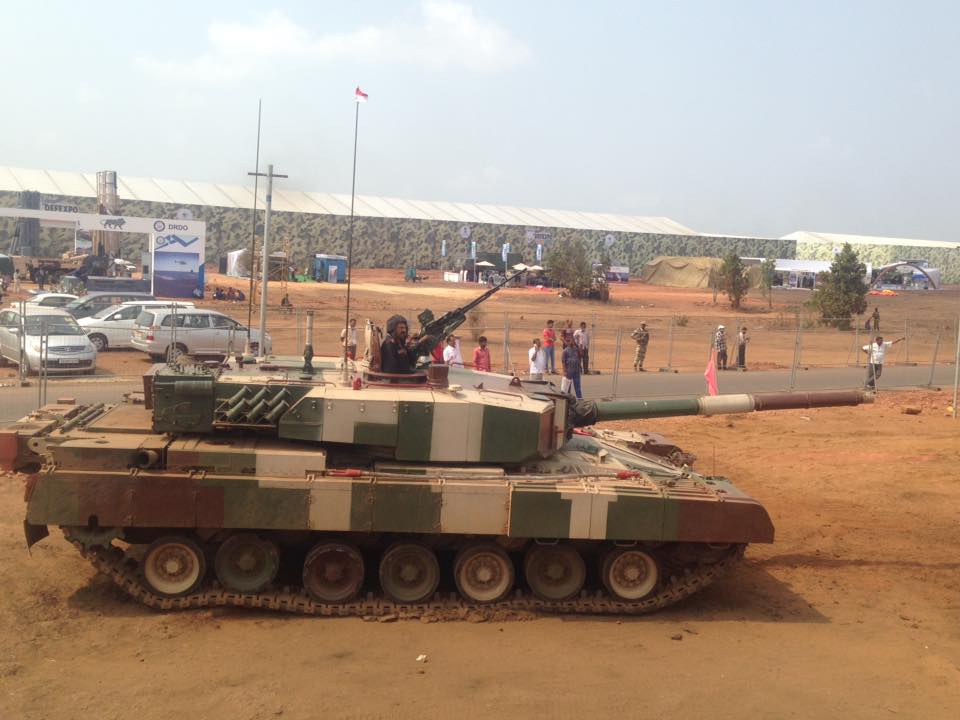 An incomplete version of what would be the ninth version of the Defence Procurement Procedure (DPP) was released by the Ministry of Defence (MoD) on 28 March 2016 to coincide with the opening of DefExpo 2016 in Goa. The document is incomplete because the chapter containing the revised standard contract document as well as various annexures and appendices have not been released. These are to be notified shortly. In addition, a new chapter on ‘strategic partners’ will also be notified separately.

The new DPP will be applicable to all cases that come up for Acceptance of Necessity (AoN) on or after 01 April 2016. Further, the Defence Acquisition Council (DAC) may permit its application to past cases also.

The document starts with a brief explanation of how the DPP has evolved over the years and a preamble which is clearly intended to reflect the thrust of the changes made in the procurement policy and procedures.

The first chapter of DPP 2016 has been carved out of Chapter I of DPP 2013. The most notable feature of this chapter is the introduction of a new procurement category: ‘Buy (Indian Designed, Developed and Manufactured)’, or Buy (IDDM).

This is bound to clash with the ‘Buy (Indian)’ category in which the product to be procured from Indian vendors will also now be required to have an indigenous content of 40 per cent, instead of 30 per cent as has been the case so far.

Be that as it may, it can only be hoped that ‘Buy (IDDM)’ will encourage indigenous design and development of products, which is what it is intended for. It replaces ‘Buy (Indian)’ as the most preferred category in the hierarchy of six procurement categories, the others being ‘Buy and Make (Indian)’, ‘Buy and Make’, Buy (Global)’, and ‘Make’.

The first chapter also defines ‘Indian vendor’ as an entity that is compliant with industrial licensing and other regulatory requirements as per Indian law. It does not, however, answer the question whether wholly-owned subsidiaries of foreign companies would qualify as Indian Offset Partners (IOPs).

The second chapter begins with a narration of the stages through which a procurement proposal must move from the stage of initiation until the award of contract. The acquisition cycle, envisaged in DPP 2016, comprises 12 stages, one more than the 11 stages envisaged in DPP 2013. The number of stages has gone up only because DPP 2016 lists Request for Information (RFI) as the first stage while DPP 2013 mentioned it as only one of the requirements rather than listing it as one of the stages in procurement.

RFPs (requests for proposals) will also contain Enhanced Performance Parameters. These are additional capabilities over and above the essential parameters. Vendors meeting these additional parameters will get weightage of up to 10 per cent in price for determination of the lowest bid.

The threshold for offsets has been raised from INR 300 crore to 2,000 crore but the detailed offset guidelines, which appear as one of the appendices in the DPP, have not yet been notified.

Apart from these expected changes, Chapter II also contains some other interesting features. One, the Services Equipment Policy Committees (SEPCs), which are responsible for finalising SQRs, will now be able to seek the assistance of experts. This should help in formulation of more realistic SQRs. Two, a procedure has been laid down to deal with instances of change in the name of a vendor at any stage during the process of procurement due to change in business strategy, merger and acquisitions, or any other reason.

And three, an enabling provision has been made for the adoption of the ‘Avro-replacement’ model in ‘Buy and Make’ cases. This will save the MoD the trouble of nominating an Indian Production Agency (IPA) from the private sector, should it decide not to nominate a Defence Public Sector Undertaking (DPSU), by leaving it to the foreign vendor to select an IPA of its choice. But this could lead to several foreign vendors tying up with a single IPA. Conversely, in ‘Buy and Make (Indian)’ cases, several Indian companies may tie up with the same foreign vendor and submit separate bids. A provision has been made in this chapter to deal with such situations. Such cases will not be treated as ‘single vendor’ cases, which invariably spelt doom for many acquisition programmes in the past. In fact, DPP 2016 makes it clear that the retraction of RFP in ‘single vendor’ cases will be more of an exception than the rule.

Chapter III deals with ‘Make’ projects, which entail indigenous design and development of prototypes of futuristic systems by Indian vendors in collaboration with foreign companies. There will now be two categories of such projects: those funded by the MoD, and others that are self-funded by the developers.

To bring the Micro, Small and Medium Enterprises (MSMEs) into the loop, projects with an estimated cost of development of up to INR 10 crore under the first category and INR 3 core under the second category will be earmarked for them. These projects will be opened to others only if MSMEs do not evince any interest.

Products developed under the ‘Make’ category will be procured subsequently through ‘Buy (IDDM)’ route. The success of this measure would depend to a large extent on the criteria adopted for the selection of ‘Development Agencies’ for prototype development and the efficacy of the project-specific Integrated Project Management Teams (IPMTs). These criteria have not been notified as of now.

An Annual Acquisition Plan (AAP) for Make projects would be notified by the MoD. But this will help only if the information contained therein helps industry in building a business case for investment in prototype development.

It may be recalled that earlier DPPs also talked about sharing the future needs of the Armed Forces with the industry by releasing a Technology Perspective and Capability Roadmap (TPCR), covering details of the acquisition plans for a period of 15 years, so that the industry could build up its capabilities to meet the requirements. It is anybody’s guess whether the TPCR notified in April 2013 achieved that objective. DPP 2016 reiterates the need for a TPCR, but does not indicate if any changes are contemplated in its format to make it more useful for the industry.

Chapter IV lays down the procedure for Shipbuilding, while Chapter V prescribes the Fast Track Procedure (FTP). There does not seem to be any significant change in these chapters, except that FTP now will also be applicable to “cases where undue/unforeseen delay, due to reasons beyond the control of the acquisition set up, is seen to be adversely impacting the capacity and preparedness of the regular and special forces.” It is difficult to visualise how this will play out.

One will have to wait for the remaining parts of the DPP to be notified to be able to form a view about its efficacy. For, it is not known as of now how many important issues like blacklisting of firms, regulation of the role of agents, protection of Intellectual Property Rights, etc. are going to be tackled in the future. More importantly, the best of policies and procedures can come to naught because of indecisiveness in decision-making. Unless one is missing something here, there is little in DPP 2016 that addresses the problems which beset decision-making in the MoD.