Defence Planning Committee (DPC) and Beyond 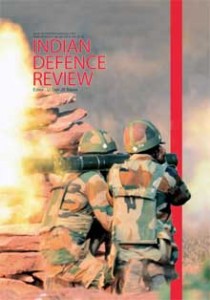 Every major power of the world and more so the two superpowers in the post 1945 period had never ceased to carry out the intellectual and introspective methodology to bridge the gap between the realm of ideas and the domain of public policy making on matters of national interest and national security. This entailed that the best of brains from the government organizations to those belonging to corporate sector and the academia participated.

No nation state’s history is so un-chequered and as ambiguous on matters of national security as that of India. However, VP Singh Government in 1991, created the National Security Council and the National Security Advisory Board (NSAB). It never got operationalized though its membership included the members of the government and the public intellectuals from the academia and think tanks. Further on record is the statement of P V Narsimha Rao in 1996, the then PM and Defence Minister, on the floor of the Parliament, that there was no official document called “India’s Defence Policy” but only guide lines. It was the Bajpai government in 1999 which constituted once again the National Security Council(NSC) the NSAB, established the National Security Council Secretariat(NSCS) and made them functional too by instituting the post of National Security Advisor (NSA). Since then, NSCS, the NSAB and the four successive NSA have taken charge of their offices. However, the entire edifice has 2 been created by an administrative order like it was in the case of the Planning Commission of India and not by an act of the Parliament. Its role has been advisory and its future hangs on balance in terms of its permanency depending on the political outlook of the Head of Government. While the NSAs have enjoyed personal confidence of the Head of Government, yet they remain unaccountable to the Parliament as none have been the elected members of the House. Hence the entire architecture suffers from unaccountability as well as having an “Achilles Heel” far larger than the smaller area that was part of Achilles’s foot. The size of the NSAB historically fluctuated representing a healthy mix of expertise which had the potential to bridge the gap between the realm of ideas and the domain of public policy making. This potential was hardly utilized and its size dwindled to nearly a skeleton size in post 2014 period with the position of the Chairman NSAB further diluted and renamed as Coordinator. The result has been that the entire workload of National Security related matters have rested on the NSA with the assistance of the Deputy NSA and his staff of NSCS.

For 70 years the governments in power have been tacticising strategy and the NSAB has been an unemployable organizational headache. Hence it had become essential to revitalize the NSCS to its full potentials.

For India to meet the challenges of Security in the 21st Century, the Government announcement of 18 April to establish a Defence Planning Committee (DPC) under the Chairmanship of National Security Advisor Ajit Doval can be considered to be a game changer. Hindustan Times reported 3 that

DPC will consist of the Chairman Chiefs of the Staff Committee (COSC), service chiefs, Defence Secretary, Foreign Secretary and Secretary (expenditure) in the Finance Ministry. The Committee will operate through four sub-committees to cater for (1) Policy and Strategy (2) Planning and Capability Development (3) Defence Diplomacy and (4) Defence manufacturing ecosystem. The Indian Express reported that

“the DPC has been tasked to undertake external security risk assessment and define national defence and security priorities. It will also formulate the national military strategy, a strategic defence review and a draft national security strategy. To accomplish these requirements, DPC will identify the “means” and “ways” across ministries, obtain CCS approval for a capability development plan and provide guidance for budgetary support. The DPC will also prepare a roadmap to build a defence manufacturing ecosystem, a strategy to boost defence exports and prioritized capability plans for the armed forces in consonance with the overall priorities, strategies and likely resource flows. It will submit all its reports to the defence minister.”

While it is too early to comment or foresee the events that will unfold with the DPC in place, yet the contours of important fall out can be visualised. The Government is determined to

One can at this moment of time wish the Chairman of the DPC in general and the NSA as an individual all the best to 5 implement the game changer. Observing the way, the present head of government has been operationalising the functioning of national security strategy architecture, the nodal point which will contribute to decision making will be the the role of the NSA and his professional competence to smoothen out the rough edges of such a group assembled under one roof. Hence the NSA has to be empowered to work to strategize at global level to ensure that domain expertise of members of DPC does not precipitate “tacticising of strategy”.

is a retired IDAS officer, who served till recently as an Additional Chief Secretary-level Adviser to the Nagaland Chief Minister/Nagaland Government.