Defence Budget: Beyond the Numbers 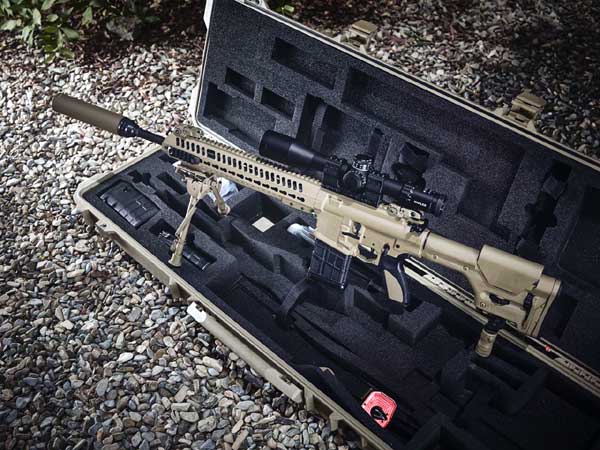 As reported by the Times of India on April 04, this year’s discussion on the general budget in parliament will go down in history as the shortest since 2000 with both houses collectively spending just about one day on rushing through it. This puts paid to whatever expectation there might have been that the grave concern over the inadequacy of the defence budget expressed by the Standing Committee on Defence (SCoD) in one of its reports submitted to parliament on March 13 will receive the attention of the law makers and some political consensus will emerge on how to deal with this perennial problem.

Not that it would have made much of a difference. The standing committee has been highlighting this issue for the past several years without its being taken up for discussion in parliament or a solution being found. There have been a few odd questions on the defence budget in parliament in past years, but one cannot recall any member seeking a debate on the issue in either house.

The public discourse, such as it is, is replete with angst over inadequate defence spending. But it keeps skirting the periphery of this theme, with commentators focussing more on the need for increasing the defence outlay than on why things have come to such a sorry pass. References to the rising collusive threat from neighbours and emphasising that the armed forces need to be better prepared to face this threat, which requires substantially higher allocations, is stating the obvious. It does not help.

The discourse is largely fixated on issues like the falling percentage of the defence budget in relation to Gross Domestic Product (GDP), imbalance between the allocation for capital and revenue expenditure, committed liabilities gobbling up most of the capital acquisition budget, government’s procrastination on setting up a non-lapsable pool of funds for modernisation, and so on. None of this addresses the root cause of the problem.

The budget figures keep changing every year but this analytical narrative does not. A lot of intellectual capital is being continuously invested by the standing committee and defence commentators in elaborating on this narrative and in trying to convince no one in particular that more money is needed for defence. Nobody needs any convincing; not even the political class.

There is no evidence of a sharp difference of opinion between the politico-bureaucratic class and the armed forces on the issue of defence spending, as often projected. This is evident from the fact that the honourable members of the standing committee, cutting across party lines, have been repeatedly recommending a substantial hike in defence expenditure, preferably equalling three per cent of the Gross Domestic Product (GDP). But the defence budget continues to follow a flat trajectory.

This calls for some serious rethink on why the problem persists. Considering its resourcefulness, the standing committee is best placed to initiate a genuine debate on the issue but it generally rests content with passing strictures against the Ministry of Defence (MoD), delivering homilies and making inexplicit or impractical recommendations which only end up underlining the problem without offering viable solutions.

This pretty much sums up the essence of the four reports on the current year’s defence budget submitted by the committee to parliament on March 13. This is why it would have made little difference even if there had been a discussion on these reports in parliament as part of the general discussion on the union budget.

More specifically, it is unlikely that some way out would have been found through discussion in parliament to bridge the gap of Rs 1,32,286 crore between the requirement of funds projected by the armed forces and the allocation made in the union budget this year. This figure does not include the shortfall of approximately Rs 12,000 crore for other organisations such as the Coast Guard, Defence Research and Development Organisation and Ex-servicemen Health Scheme.

Merely exhorting the MoD, as the standing committee has been doing, to ask for more money from the Ministry of Finance (MoF) so that more funds could be allocated to the armed forces misses the point that the problem is not that the MoD does not ask for adequate funds. It actually aggregates the requirement projected by the armed forces and other organisations/departments and projects it to the MoF without imposing any cut. The actual problem is that it does not get what it asks for.

The crux of the problem, therefore, is the inability of the government to meet in full the requirement projected by the armed forces. However, the prevalent discourse sees this more as a case of the unwillingness, rather than inability, of the government to increase the defence budget. This takes away the focus from finding a viable solution to the real problem. Those who hold this view need to consider the fact that the overall defence budget has increased by 44.31 per cent in five years, going up from Rs 2,80,203 crore in 2014-15 to Rs 4,04,365 crore in 2018-19.

At any rate, it needs to be demonstrated that it is possible to provide more funds for defence without any large scale tinkering with the overall budget. This can be done with reference to the current year’s budget by establishing that it was possible for the finance minister to allocate another Rs 1,45,00 crore for defence over and above the Rs 4,04,365 crore (including Rs 1,08,853 crore for defence pensions) actually allocated, without any other major change in the union budget, such as reduced allocation for health, education, infrastructure development, poverty alleviation programmes, etc., with the primary objective of meeting MoD’s demand in full.

This exercise may be of no more than an academic interest at this stage but it will help in demonstrating the viability of increasing the defence budget without any other drastic changes in the fundamentals of the budget, or alternatively, dispelling the impression that inadequacy of the defence outlay is on account of politico-bureaucratic apathy to the needs of the armed forces.

To make the exercise of immediate relevance, it also needs to be demonstrated that even now the finance ministry can locate substantial savings from within the current year’s overall outlay of Rs 24,42,213 crore and make additional allocation for defence. This will establish the viability of the standing committee’s standard prescription that MoD should seek more funds from the finance ministry during the year which again overlooks the fact that MoD in fact asks for additional funds every year at the Revised Estimates (RE) stage but seldom gets what it asks for.

This new approach may be more helpful, if only in clearing the air about why successive finance ministers have found it difficult to increase the defence outlay substantially, rather than remain bogged down in questions like how much the defence budget works out to in terms of percentage of GDP. It is immaterial whether the defence budget is three per cent or one per cent of the GDP as long as the allocation matches, substantially if not fully, the projected requirement.

This challenge is not likely to be taken up because there is a reluctance to come to terms with the a priori knowledge that higher allocations are contingent upon a commensurate increase in the government’s receipts, which is not possible without broadening the tax base, raising tax rates, imposing more cesses, borrowing more money, and drastically reducing the non-productive expenditure of the government.

The problem is that there are serious statutory, socio-economic and political constraints in resorting to these measures beyond a certain limit. That is why the focus of the union budget has to be on how to boost economic growth and overcome the constraints that inhibit the expansion of the tax base and increase in tax revenue. A lasting solution to the budgetary constraints faced by the armed forces can only be found by resolving this tangle.