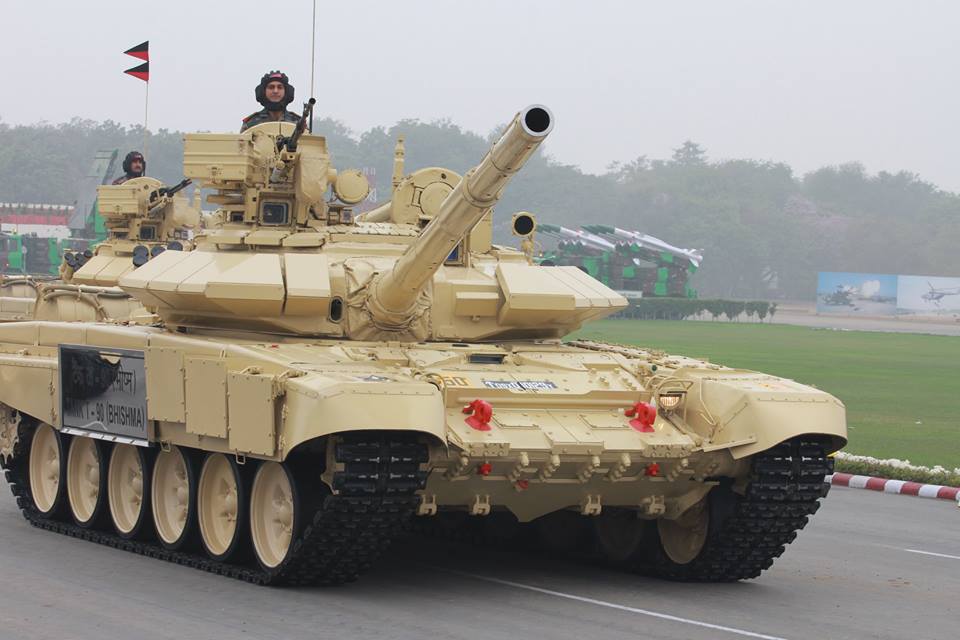 Finance Minister Nirmala Sitharaman presenting the Union Budget in the Parliament on 1 February 2022 for the year 2022-23 allocated for the defence outlay Rs 5,25,166 crore, 9 per cent hike from the last year’s budgetary allocation of Rs 4,78,196 crore. A total of Rs 1,52,369 crore has been set aside for capital outlay, 12 per cent higher than the previous year for purchasing new weapons, aircraft, warships, submarines and other military hardware.This is a major push on ensuring self-reliance in manufacturing of military platforms in view of the threat perception. She announced several measures to promote ‘Atmanirbharta’ in the defence sector to reduce dependence on imports of defence equipment.

The finance minister has also earmarked 68 per cent capital expenditure for indigenous weapons purchases compared to 63 (58) per cent last year and 25 per cent of Research and Development (R&D) earmarked for start-ups and private domestic industry.Private sector will be encouraged to take up the design and development of military platforms and equipment in coordination with Defence Research and Development Organisation (DRDO) and other organisations under the Special Purpose Vehicle (SPV) model. An independent nodal umbrella body will be set up for meeting wide ranging testing and certification requirement.In her budget speech in Parliament, Sitharaman said the government is committed to reducing imports and promoting self-reliance in producing equipment for the armed forces.

The Defence Minister Rajnath Singh commenting on defence budget said, it is in line with the ‘Vocal for Local’ push and it will certainly boost the domestic defence industries.

There has been a massive jump of 43 per cent in the capital expenditure for the modernisation of Indian Navy in the defence budget at Rs 47,590 crore.The Indian Air Force retained the biggest share of the forces’ capital budget at Rs 56,851.55 crore–an increase of just about 4.5 per cent from the previous financial year.The Indian Army’s capital budget went down by 12.2 per cent to Rs 32,102 crore, from Rs 36,481.90 crore in the last fiscal.However, Army and Air Force have utilised 46 per cent and 70 per cent of the allocated capital budget of the last fiscal respectively so far. The Navy has utilised 90 per cent of the capital budget during last fiscal, which is highly appreciated. The capital budget for the Border Road Organisation (BRO) has been increased to Rs 35,000 crore, which will go into building of bridges, roads, tunnels and causeways.

The hike for Navy’s budget, the Defence Ministry said in a statement, has been done “underlining the importance of overall maritime security,” and is “aimed at acquisition of new platforms, creation of [Operational] and Strategic Infrastructure, bridging of critical capability gaps and building a credible maritime force for the future.”The Navy is preparing to roll out an Rs 43,000-crore project to build six conventional submarines in India, and is pushing for building a second aircraft carrier. The first one, Vikrant will be commissioned this year.

The military standoff along the Line of Actual Control (LAC) in eastern Ladakh in April-May 2020 has remained unresolved, while china has continued to ramp up infrastructure on its side, India is also concentrating on infrastructure along the LAC. India and China share a border of 3,488 km, out of which 1,597 km is in Ladakh and remaining is in Arunachal Pradesh, Sikkim, Himachal Pradesh and Uttrakhand. Due to better telecommunication infrastructure and roads on their side, Chinese soldiers find it easier to patrol along the LAC. The Indian soldiers guarding the border have found it difficult to reach inaccessible areas due to difficult terrain and delay in information sharing through locals. That is why the Finance Minister proposed to launch a new scheme in 2022-23, the Prime Minister Development Initiative for the North East, to promote the growth of the region with better infrastructure roads, railways, tunnels and modern villages

The defence ministry also spent an additional Rs 21,000 crore in the financial year 2021-22 above the budgetary allocation following the LAC standoff with China in the eastern Ladakh and Arunachal that necessitated emergency procurements of arms and equipment and creation of border infrastructure for the troops.

According to the budget documents, an allocation of Rs 2,33,000 crore has been made for revenue expenditure that includes expenses on payment of salaries and maintenance of establishments.Separately, an amount of Rs 1,19,696 crore has been allocated for defence pensions while Rs 20,100 crore has been set aside for the Ministry of Defence (Civil).Pensions still account for just under a quarter of the total defence budget, a concern that governments have been trying to work on over the years.

Welcoming the announcements,industry body Society of Indian Defence Manufacturers (SIDM) said setting aside 68 per cent of capital outlay for the domestic industry would sustain investments and attract fresh capacity creation. “Creation of a nodal body for setting up testing and certification requirements of defence systems and platforms will help the domestic industry through faster processes and cost-efficiency,” SIDM president SP Shukla said. “Allocation of 25 per cent of defence R&D budget for start-ups, academia and private industry is a much-needed reform,” he noted.

The overall defence budget works out to be 2 percent of the projected GDP 9.2 per cent for 2022-2023 if the huge defence pension bill of Rs 1.2 lakh crore is factored in. It drops to 1.5 per cent if excluded. Whereas, defence budget is required to be boosted to 2.5 to 3 per cent of GDP for immediate procurement of defence equipment to cope with any surprise twin pronged offensive from China and Pakistan.