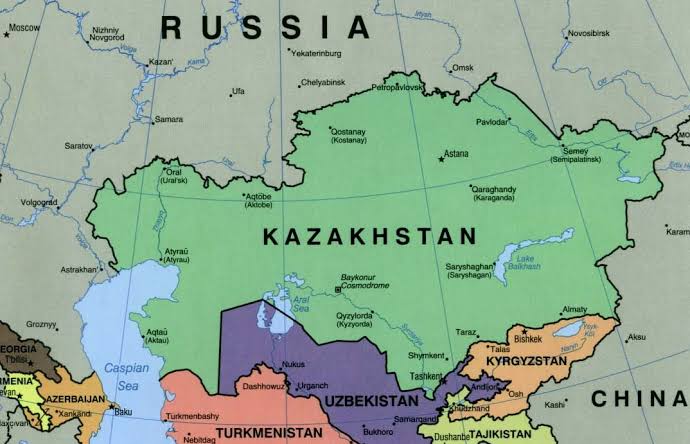 Before the Russia-US talks on Ukraine could commence on January 10 in Geneva, followed by a Russia-NATO Council meeting on January 12 and an Organization for Security and Cooperation in Europe (OSCE) meeting on January 13 in Vienna, the US and NATO announced rejection of the Russian draft treaty to avoid the possibility of a large-scale military conflict in Ukraine, namely; halt to NATO’s eastern enlargement, permanent freeze on further expansion of NATO’s military infrastructure (like bases and weapons systems) in the former Soviet territory, end to Western military assistance to Ukraine, and ban on intermediate-range missiles in Europe.

Ahead of the talks, US Secretary of State Antony Blinken again warmed Russia against invading Ukraine and said no breakthrough was expected while NATO asserted that Russia cannot dictate who becomes a member of NATO. The talks are therefore doomed to be inconclusive. Even the Russia-US talks mainly centred on missile deployments and military exercises are destined to be reduced to shadow boxing with no mutual accord. Russia considers NATO deployments in erstwhile Soviet territory, particularly militarization and missile deployments in Ukraine a direct threat to its security.

NATO Secretary General Jens Stoltenberg has warned that Russia is preparing to invade Ukraine. Interestingly, German Chancellor Olaf Scholz is planning to pursue a ‘qualified new beginning’ with Russia. His Foreign Minister Annalena Baerbock (from Green Party) being a Russia Hawk is being kept out of economic engagement with Moscow. Germany would benefit immensely from Russia’s Nord Stream II pipeline to meet its energy needs, which should improve Russia-Germany relations. Concurrently, a Ukrainian court has frozen assets of former president Petro Poroshenko (who is not in Ukraine) as part of investigations into alleged high treason and financing Russia-backed separatists in Eastern Ukraine (2014-15) by purchasing coal from Donbas.

The unprecedented recent violence in Kazakhstan has taken the world by surprise. The protests, triggered by demonstrations against fuel price hikes, presented the biggest challenge to the legacy of former Kazakhstan’s first president Nursultan Nazarbayev who was in power from 1990 to 2019, and after whose name the capital city of  Kazakhstanwas named Nur–Sutan on March 23, 2019.Nazarbayev (not in Ukraine) and his confidant Karim Masimov heading the National Security Council (KNB) have now been removed from the KNB. Aside from heading the intelligence agency of independent Kazakhstan, Massimov also served twice as prime minister under Nazarbayev. There is possible rift between Nazarbayev and the present President of Kazakhstan Kassym-Jomart Tokayev. However, the chain of events and the scale of violence suggest a much larger conspiracy.

Kazakhstan has never witnessed violence of this magnitude in its independent history of three decades. As per recent reports some 164 people have been killed and some 5,000 persons detained. With government buildings torched and the main airport of Almaty briefly occupied by protesters, President Tokayev called on the Russia-led Collective Security Treaty Organization (CSTO) for assistance. The Russian and CSTO response was swift. Meanwhile, Tokayev issued shoot on sight orders because the protesters were interspersed with armed terrorists who would not lay down their arms. The CSTO deployment in Kazakhstan is now complete and is estimated to be around 2,500 strong including 2,000 Russian troops and balance from Armenia, Belarus, Kyrgyzstan, and Tajikistan.

According to Kazakh officials, armed terrorists from the Middle East who had also been fighting in Afghanistan were among the protesters and some 2000 of them descended on the Capital City alone. Now UNI reports that 300 armed persons tried to flee Kazakhstan and cross the border (direction not known). According to the Kazakh foreign ministry, firearms, stolen items, cell phones and large sums of domestic and foreign currency were seized from them, and they have been detained.Foreign armed terrorists in large numbers indicate that the heightened violence in Kazakhstan has been engineered from outside.

Immediately after the US invaded Afghanistan in 2001, a delegation of Carnegie Endowment visiting India had conveyed that the US forces will likely stay in Afghanistan for a minimum 50 years because of the mineral reserves in Central Asia and to deter spread of influence from the north without mentioning Russia or China. The US had established temporary bases in Uzbekistan, which closed in 2005, and Kyrgyzstan, which closed in 2014. The US has also been assisting Kyrgyzstan in biological research since 2003.

The Badakhshan region of Afghanistan bordering Tajikistan was free of Taliban influence in early 2000s. China was constructing a road though the WakhanCorridor and PLA was merrily undertaking reconnaissance even west of it under pretext of joint training with Afghan forces though photographs only showed PLA in Afghan territory. Subsequently, the Tehrik–i-Taliban Pakistan (TTP) went into the Badakhshan region for recruiting cadres. Those were days when the TTP was still in sync with the Pakistani security establishment.

In 2015, the Afghan Taliban for the first time invested the city of Kunduz in north Afghanistan. Concurrently, the US had begun inducting ISIS cadres from the Middle East into Afghanistan through Pakistan. In one instance even Pakistani helicopters were used according to Russian officials. Photographic evidence is available of US Special Forces personnel training with ISIS cadres in Afghanistan. Russia,which has a defence pact with Tajikistan had to raise its military presence in Tajikistan. The Taliban takeover of Afghanistan in 2021 increased the terrorist threat to Central Asia and the CSTO has been exercising in the border areas to guard against any threat emanating from Afghanistan.

How armed terrorists from outside could infiltrate into Kazakhstan and attack government forces in the Capital City would remain a mystery but it is a large country which also borders Kyrgyzstan on the north, China on the east, Afghanistan on the south, and Uzbekistan on the west and northwest. As mentioned above, the US used to have temporary bases in Uzbekistan and Kyrgyzstan. Terrorists could have infiltrated from any or multiple directions. Besides, terrorist organizations like the Islamic Movement of Uzbekistan (IMU) would be available for a price.

Reuters has cited Mukhtar Ablyazov, an exiled banker of Kazakhstan and former cabinet minister turned opponent of the Kazakh government, saying that the West must counter Russia’s moves, or watch Putin “methodically impose his program – the recreation of a structure like the Soviet Union.” Ablyazov who served as chairman of Bank Turan Alem (BTA), and co-founded the political party Democratic Choice of Kazakhstan, was involved in a BTA scam of US$5 billion. He was given asylum by UK and reportedly has connections with MI-6 operatives as well as Richard Moore, current head of MI-6. Ablyazov is currently settled in France but his musings obviously are sponsored by the West.

The US financed NEXTA media network in Poland has tweeted that protesters in Kazakhstan are demanding: creation of a provisional government of reputable and public citizens, withdrawal from all alliances with Russia; Kazakhstan should leave Eurasian Economic Union, and; constitutional amendment to make Kazakh language as the only language of communication in Kazakhstan.

Connecting the above dots would lead to the conclusion that the US and NATO are stoking the unrest in Kazakhstan to pressure Russia, also hoping it would force Russia to reduce its troop deployment on the border with Ukraine. Whether the latter would happen is debatable because sending 2000 troops to Kazakhstan is no problem for the Russian military.

The US has challenged the justification for sending Russian troops to Kazakhstan and questioned whether what has been billed as a mission of days could turn into a long presence. Blinken has stated, “One lesson from history is that once Russians are in your house, it’s sometimes very difficult to get them to leave.” Russia has dismissed these observations

In the event of Russia attacking Ukraine, it is unlikely US-NATO can land any troops in Kazakhstan with the CSTO presence there though they would like to continue stoking the fires in Russia’s backyard. The US is more likely to continue relying on terrorist organizations and information war to do so. Incidentally, Kazakhstan has the fifth largest gold reserves in the world and 18 percent of global bitcoin-mining capability.

The US has been warning China periodically and recently has also reminded Beijing of the US-Philippines military pact as well. But warnings and verbal rhetoric apart, the litmus test for the Biden administration will be in the event of hostilities with Russia or China whether in Ukraine, Western Pacific or elsewhere. In the last few decades the US has not seen conflict with a country that has the weaponry and the will to strike mainland America. It is for this very reason that China has been able to militarize the South China Sea and flex its muscles with impunity over the past two decades.