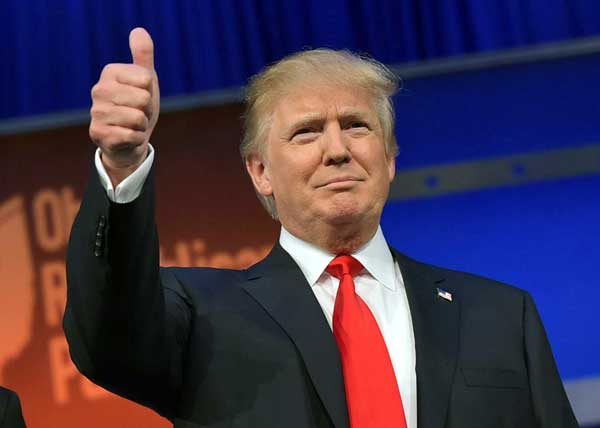 We do not have to be admirers or students of Edward Gibbon when we look at the events across the Atlantic in the last four years, as President Trump and his Republican Party cohorts almost managed to make their country implode. However, it is becoming increasingly apparent that the meticulous research and studies undertaken by this great scholar on the decline and fall of the once-invincible Roman Empire resonates very strongly in the present situation. More on this later.

The record of the 45th President of the United States of America during his four years in office comes very close to the sordid performances of most of the tinpot dictators in South America, Africa and the Middle East in the last 125 odd years. Donald Trump (DT) has demolished the myth of the cultural and intellectual maturity of the Western world. No longer can we presume that Europe and North America have a natural affinity for democracy and civic society. On both counts, there can be little consolation for humankind.

Trump’s basic egregiousness that marked his entire tenure was evident even in the last few hours of his Presidency. He decided not to attend the swearing-in ceremony of his successor, Joseph Biden, and went off to his private club in Florida. One has to go back to 1869, when another impeached President, Andrew Jackson, did not attend his successor’s accession to the President’s office. Many people throughout the world were quite happy that DT would not be present on an occasion that symbolised the essential values of the American republic.

The Indian nationalist camp in our shores, and some members of the Indian diaspora in the U.S. have somehow been taken in by the Trump disinformation blitz that marked DT’s assumption of power in 2017, followed by four utterly disastrous years. This writer has been totally bewildered by the sheer naivete of the desi nationalists as far as DT is concerned. I have written on this earlier in this journal and will return, occasionally to this phenomenon in this essay. The vast majority of the Indians who are long-term residents in America proved to be much more mature and resilient to DT’s massive agitprop exercise aimed at Indians overseas and back home.

The fact is that DT is a standing tribute to the power of lies and disinformation in politics, aided and abetted by humongous financial resources. It all boils down to the Goebbels doctrine that has been the template for dictators and oligarchs throughout the world, ever since the wily Nazi proclaimed it in the 1920s. This is what the pint-sized sidekick of Adolf Hitler is said to have proclaimed: “If you tell a lie big enough and keep repeating it, people will eventually come to believe it. The lie can be maintained only for such time as the State can shield the people from the political, economic and / or military consequences of the lie.  … The truth is the mortal enemy of the lie, and thus by extension, the truth is the greatest enemy of the state”.

Some scholars have disputed whether Joseph babu actually wrote it. However, there is no doubt that the following were actually his words: “The English follow the principle that when one lies, one should lie big, and stick to it. They keep up their lies, even at the risk of looking ridiculous.” This is exactly what all crooked despots have been doing in the later decades of the 20th century. The long list includes Stalin, Mao, Pinochet, Indira Gandhi, Pol Pot, Idi Amin, Gaddafi and the North Korean father and son buffoons. These are, of course, the culprits at the national levels.

In our shores, we have had the additional misfortune of regional satraps like Mayavati, Mulayam Singh, Lalu Prasad, Jayalalitha and Mamata Banerjee. DT, therefore, had any number of role models to chose when he decided in the late 1980s that the White House would be his abode for a few years. Even a 4-year stint would suffice to imprint his name in America’s text-books for time immemorial. He could not care a fig whether the text-books would say complimentary things about him or not.

For the benefit of my readers (and also to inform some of my compatriots about the feet of clay that their role-model had in real life), here are some of the lies and disinformation that DT spread and propagated in his business and political life. According to credible and scientifically-conducted research by THE WASHINGTON POST, lies and glaring untruths were a major element of DT’s presidential tenure.

He made 29,508 misleading or false claims by Nov. 5, 2020. This, obviously does not take into account the wave of untruths that he unleashed after the latest Presidential elections concluded. They pertained toalleged “election fraud” against him, that has not been proven in any of the enquiries conducted by various authorities. The American courts also unanimously rejected DT’s wild accusations about improprieties in the electoral process. His one-day record of lies peaked on November 2, the day before the 2020 election, when he told 504 falsehoods.

As of Jan. 20, 2020, DT had been credited with telling 16,241 lies during his time in office from January 2017. By the time, his disastrous Presidency ended on January 20, 2021, the estimate is that he would have doubled his ignominious record. Trump’s most ridiculous lie was that it had not rained on the day of his inauguration. It was his first lie as American President and was a precursor of what would follow.

Trump’s “most dangerous lie” was that the COVID-19 pandemic was under control. His “most entertaining lie schtick” involved him claiming “burly” men who’d never cried before were reduced to tears in his presence. And his “most alarming lie” was the “Sharpiegate” saga, when Trump in 2019 was accused of tweaking a map to show Hurricane Dorian would hit Alabama. His repeated claim since taking office in January 2017 was that he was building “the greatest economy” in the world.

Even worse were his more than 2400 lies about the coronavirus pandemic, which only began in early 2020. DT persistently downgraded the risk of COVID-19. What takes the cake is that he canvassed unproven medicines and treatments. In one case, he said that injecting disinfectant might treat the disease.

America could not have looked more like one of the bad weeks in Bengal, Bihar and UP in recent times or what the national scenario was under Mrs. Gandhi and the desi First Family. Some readers in our shores will recall the two days of horror that engulfed Delhi and many parts of North India after the assassination of Mrs. Gandhi. The Indian Army was deliberately not called out in Delhi and in the neighbouring areas for at least two days. In Washington too, there was a breakdown of the local law and order machinery and also some machinations in DT’s administration that delayed the induction of the National Guards (the U.S. equivalent of our Territorial Army) to control the riot and mayhem.

To the great credit of the American military forces, their senior-most echelons resolutely stood by the values of their institution. The thin wall that separated their country from a banana Republic that DT wanted to usher in remained intact on the 6th January. Lots of assessments in the weeks following the nightmarish day point out that DT had brought his country to the brink of disaster.

If the American military had not reaffirmed their loyalty to the Constitution and steadfastly opposed the machinations of a rogue President, one does not know what would have happened. It is too frightening to even contemplate it. A public declaration by the Joint Chiefs of Staff clearly proclaiming their commitment and staunch dedication to the basic principles enunciated in their country’s Constitution, that had stood the test of time for nearly 250 years, put paid to DT’s conspiracy.

Many years ago, in the summer of 1975, the Indian Army, through its Chief of Staff, General T.N. Raina, had done much the same. The great General (Tappy to his friends and close comrades) stood up to a manifestly illegal demand of a fellow Kashmiri Prime Minister, Mrs. Gandhi, and saved the young Indian Republic from crossing the brink, where she had somehow contrived to bring it to.

The magnificent swearing-in ceremony of the new President Joseph Biden and the first lady Vice President, Kamala Harris on the steps of the Capitol was a dignified and sombre end to the ruinous DT era and its disgraceful legacy. The puerile fringe of Indian admirers and fans of DT should have made a clear note that their egregiousicon had been cast into the dustbins of history. In this journal, I had sounded the warning bell for them a few months ago and urged them to reassess their tinpot model. (http://www.indiandefencereview.com/news/indian-nationalists-must-review-their-love-affair-with-trump/

Most of them, I sincerely hope and trust, will have done so, after seeing the shenanigans of DT in the last stages of his reign. We have enough of Indian stigmas with blind followers. To have added a foreign catastrophe to our role models would have created mayhem in our psyche.