Curbing recruitment of Kashmiri’s as terrorists

The graph of terrorism in Jammu and Kashmir has witnessed a lot of fluctuation in 2015. The number of terrorist initiated incidents of violence has remained controlled, in fact, less than the preceding years. However, attempts towards enhancing recruitment of local terrorists by foreign forces have been a significant development during the year and ,of course, a cause of concern.

In the middle of the year, around April to August, there was a a perceptible enhancement in local recruitment within the terrorist cadre. When seen in the context of the receding figures in the last few years this situation set off alarm bells.

The recruitment had been catalysed by some innovative use of social media to lure local youth on to the path of violence. A terrorist, Burhan Wani, became the poster boy of this social media campaign. Proliferation of the Najjar group during the Telecom crisis that hit the Kashmir valley in June-July this year was also seen as an indicator of the larger role that local terrorists were looking for in the Kashmir valley.

In a recent interview to a local English daily of the state, Syed Ali Shah Geelani, tried to glorify the role of the gun in the so-called “freedom struggle.” “Armed youth always had a role and their role is most important for the Kashmir movement,” said Geelani. The statement has made it quite apparent that the terror machinery across the border is not very happy with the scale of recruitment in the Kashmir valley and Geelani has been given the task to build it up further.

Aijaz-ul-Haq, a well known columnist was quick to condemn the statement made by Geelani. In his piece published in the Kashmir based newspaper, “Greater Kashmir” he defined the statement as atrocious. He derided the fact that young impressionable minds that do not care about the consequences of their actions are being incited to follow a path that is, “unilaterally destructive and assuredly suicidal.”

While the mainstream political parties like the National Conference (NC) and the ruling People’s Democratic Party (PDP) play the usual blame game it is important to analyse the reason behind this recruitment and there-on identify ways and means to curb the same.

There are no two views about the fact that the Pakistan based terror machinery has a structured policy in place to enhance local recruitment into its terrorist cadre operating in the Kashmir Valley. There are two reasons that guide this policy. First, infiltration of terrorists across the Line of Control (LOC) is becoming more and more difficult by the day. Second, a predominance of indigenous cadre gives the terror movement a local flavour that can be exploited in international diplomatic circles.

South Kashmir has traditionally been the stronghold of the Hizbul Mujahideen – a Pakistan based terror organization that has only local terrorists in its ranks. North Kashmir has always been the stronghold of the foreign terror organizations like the Lashkar-e Toiba (LeT). It is for this reason that most of the local recruitment is taking place in South Kashmir.

Another significant reason is the increasing spread of Wahabism in South Kashmir. People like Maulana Mushtaq Veeri, head of Jamait Ahl Hadith, do not support the separatists but their speeches are replete with support for the ISIS and its concept of the Caliphate. Such radical thought does have an impact on impressionable minds.

The identified recruitment base is of educated youth belonging to poor families. They are vulnerable because of lack of opportunity to leverage their education for a decent job. Terrorist organisations are offering a monthly remuneration which attracts those who are in dire need of money.

Naturally, no parents will like to see their son becoming a marked terrorist after having invested so much in his upkeep and education despite limited means. Most of the time the families of those joining the fold of terrorism are unaware of their decision to join the ranks of terrorism, when they do come to know it is already too late.

The inevitable elimination of the boy leaves the family shattered, a very heavy cost to pay for an impetuous decision taken due to indoctrination in the hands of evil experts in the field.

Efforts are being made by various government agencies and security forces to control this threat to the environment of peace and development that is fast emerging in the state. Jammu and Kashmir Police has attained considerable success in its efforts to track the indoctrination activities on the social media. The Army has put its personal rapport with the people in the remote areas to good use to counter the campaign of misinformation unleashed by the terror machinery. 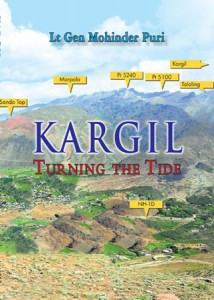 Probable recruits on the basis of their activities are being identified and being counseled. They are being explained the true Islamic perspective which says that joining the cult of terrorism is un-Islamic. They are being warned about the adverse affect that a precipitous decision of this nature would have on their life, their careers and their families.

Due to the efforts of the authorities and the security forces, recruitment in the terrorist cadre has been controlled in the last few months! While a fair number of terrorists have been killed by security forces in precise, intelligence based encounters, there is no indication of fresh recruitment from among the locals. To this extent the terror mongers have not achieved their aim. The spike in terrorism that they were looking for has not come by.

The people of Jammu and Kashmir do not want terrorism to raise its ugly head all over again and the authorities need to ensure that it does not happen. It is important to take all desired steps to nip this problem in the bud! Some good steps have been taken but more needs to be done. No space should be given to terrorist and divisive forces to resurrect the draconian times when terrorism was at its peak.