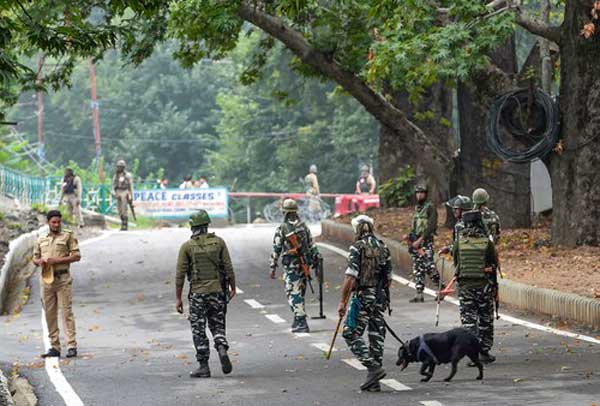 Indian Prime Minister Narendra Modi’s Independence Day announcement on August 15 about the institution of a Chief of Defence Staff (CDS) has, justifiably, evoked hosannas from the armed forces and the strategic community, as well the citizen. Coming, as it does, after decades of delay, this declaration embellishes Modi’s reputation as a decisive leader. Close on its heels, came Defence Minister Rajnath Singh’s statements that India’s commitment to the 21-year old policy of nuclear ‘no first use’ (NFU) was not cast in stone, and that the recovery of Pak occupied Kashmir remained high on India’s agenda.

These developments have served to bolster BJP’s image as a hardline party, which accords priority to national security needs and concerns. One must, however, point out that since the devil is in the detail, declarations of transformational and strategic significance, such as these, need to be underpinned by policy papers, doctrines and detailed directives, lest they be seen mere rhetorical flourishes by domestic and foreign observers. As far as CDS and defence reforms are concerned, a look at recent history would lend perspective to these developments.

On 29 July 1999  a mere three days after termination of India-Pakistan hostilities, the Union Cabinet ordered the formation of a 4-member Kargil Review Committee (KRC), to examine events leading up to the Pakistani intrusions and recommend measures to safeguard national security. The KRC report pronounced that “India is the only major democracy where the Armed Forces HQs are outside the apex governmental structure…The PM and Defence Minister do not have the benefit of the expertise of military commanders.”  It went on to recommend that, “…the entire gamut of national security management and the MoD-Service HQs interface be……comprehensively reorganized.” The KRC also recommended the publication of a White Paper on India’s nuclear weapon programme.

To its credit, the ruling NDA government immediately convened, a Group of Ministers (GoM), headed by Deputy PM LK Advani to “review the national security system and formulate specific proposals for implementation.” Employing four expert Task Forces, the GoM delivered its recommendations, in record time. A few salient remarks of the 2001 GoM Report, relating to the management of defence, are worth quoting here.

Noting “a marked difference in the perception of civil and military officials regarding their roles and functions” the ministers observed that problems in the MoD were rooted mainly, in three issues: the concept of ‘Attached Offices’ as applied o Service HQs; in fixation of inter-se relativities; and in the concept of rendering ‘advice’ to the RM. They pointed out serious weaknesses in the functioning of the Chiefs of Staff Committee (COSC), resulting in the absence of “single-point military advice” to the government. Noting the absence of a national security doctrine, the ministers observed that it had not been possible to define national security objectives, thus handicapping the defence planning process.

The perceptiveness and sagacity of the GoMs is clearly reflected in the first five of their comprehensive recommendations  which urged: (a) The integration of Service HQs into the government edifice and delegation of financial and administrative powers to Service functionaries; (b) The constitution of a four-star CDS, to provide single point military advice to the government, to administer strategic forces, to enhance effective planning through inter-Service prioritization, and to function as a permanent Chairman COSC; (c) The fostering and enhancement of ‘Jointness’ in the armed forces; (d) The constitution of a Defence Procurement Board; and (e) The restructuring of the MoD, the Department of Defence (DoD) and Service HQs in view of  the changes envisaged.

These GoM recommendations had remained in bureaucratic limbo for a decade, when the UPA government constituted yet another committee under the chairmanship of former cabinet secretary Naresh Chandra to examine national security reforms.  As a member of both the 1999 Task Force and 2011 Committee, the author recalls that not only had the agenda of both bodies remained the same, the rigid mindsets of politicians and bureaucrats too had remained unchanged. The report of this Committee was submitted to PM Manmohan Singh in May 2012 and predictably disappeared, without a trace, in the bureaucratic maw.

Thus, for the past two decades, both the NDA and UPA governments (having ruled for 10 years each) failed to muster the political will to implement the substantive recommendations of expert-bodies they had convened. Consequently, India’s national security postures and its higher defence organization (HDO) have remained trapped in a WW II time-warp; entailing grave risks in a 21st century conflict environment.

It is against this background of political prevarication, bureaucratic resistance and military ambivalence vis-a-vis defence reforms that we must view PM Modi’s dramatic announcement from the Red Fort. The creation of a CDS cannot (and must not) be an isolated action because it carries with it a whole new ecosystem that can transform India’s national security paradigm.

The charter of our CDS will have to be uniquely Indian, and Chapter VI of the well-considered Recommendations of the GoM (available at http://tiny.cc/phwlbz) offers the best possible logic and framework for framing this charter, as well as for implementing the required national security reforms.

Selection of the first CDS is likely to throw up difficult choices, but it is important that the right precedent is set for posterity. A 5-star CDS is neither necessary nor desirable and the 4-star officer appointed to this post should automatically take precedence over the Chiefs.  Elevating one of the serving chiefs to CDS would be the simplest solution, but if it involves enhancing the retirement age beyond 62, it becomes an undesirable prospect. On the other hand, choosing a CDS from among the 19 odd 3-star commanders-in-chief would offer a much wider choice for selection of an individual with the broadest joint vision regardless of service. The latter option will involve supersessions, but this has happened in recent times and the senior military leadership has learnt to live with it.

In ritual compliance with the GoM report, Army, Naval and Air HQs were formally re-designated as Integrated HQ of MoD Army/Navy/Air Force’. In actual fact, this was merely a cosmetic change and the subaltern status of the three HQs has remained frozen for 72 years.  For the CDS system to be meaningful, the three Service HQs must be upgraded from ‘Attached Offices’ of the DoD to become ‘Departments’ of the MoD. The ‘Central Staffing Scheme’ would need amending to enable civil servants to serve in these departments and for military officers to serve in MoD.

Civil-military dissonance being an issue of current concern it needs to be ensured that any change in inter-se relativities does not worsen the situation. The three chiefs, being in the pay grade of the cabinet secretary, already out-rank the defence secretary (DS), and creation of CDS would be seen as aggravating this asymmetry. It may be sensible to emulate the British and elevate the DS to bring him on par with the CDS in status and protocol. While the CDS will be the Principal Military Adviser to the defence minister, the DS will be the Principal Civilian Adviser on Defence and Chief Financial Officer of the MoD. This may cause some heartburn in the civil-services, but equilibrium in the MoD and civil-military harmony are important enough to warrant exceptions.

The creation of integrated theatres will require devolution of operational control of forces from the chiefs to theatre commanders, with the Service HQs focusing exclusively on recruitment, training, and logistics. At the same time, theatre commands would need staff with the knowledge and experience to deploy land, maritime and air forces. Finding suitable personnel to fill billets in the new organizations will pose a problem until the Defence Services Staff College curriculum is changed, and it starts producing joint staff officers.  In view of these critical factors, it would be advisable not to link the processes of constituting a CDS and civil-military integration with the creation of theatre commands. Given the disruptive impact of each of these measures, they would best be implemented in a phased manner by the CDS, in a time-bound manner.

Amidst the excitement over the long-overdue transformation of India’s natural security structures, some final thoughts. Firstly, sandwiched between two ‘revisionist’ states, China and Pakistan, India must, for the foreseeable future, remain a ‘status quo’ power in order to buy time to pursue goals of socio-economic uplift for its people. Secondly, robust and credible deterrence – both conventional and nuclear – must remain the leitmotif of India’s security policies and the impending reform will bolster it immensely.  Lastly, under current circumstances, a degree of circumspection is called for when members of the cabinet publicly express views – even if they are personal – regarding India’s territorial aspirations and the revision of its nuclear doctrine.