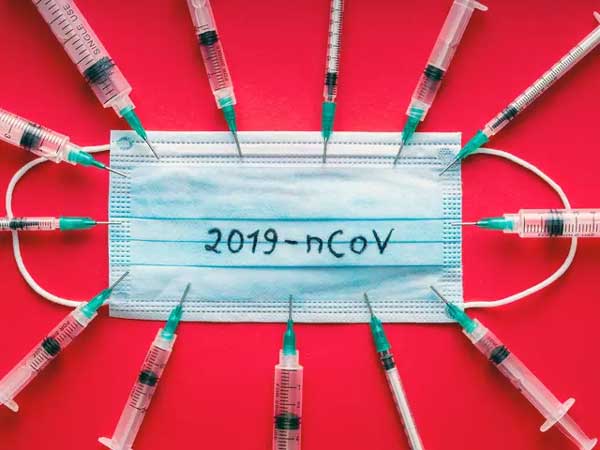 New term and its Definition

Opportunistic bioterrorism: Concealment of the emergence of a biological agent, pathogen or a disease by acts of commission or omission with the knowledge that such an act will harm or kill humans’ animals or plants with the intent to intimidate or coerce a government or civilian population to further political or social objectives or by using a situation to get power or an advantage.

China’s civil military fusion policy and the weaponizing of biology

The wide-ranging and impervious network of connections between civilian entities and military in China was a strategy first outlined in 2016 that increases the risk of foreign institutions in becoming partners in research and collaboration ostensibly conducted by the civilian sector to be made freely deployable by China in its military or economic might. The close cooperation can always raise suspicion, more so when the field is biological sciences and biotechnology. Countries do have these collaborations but as part of a specific project and not as part of military doctrine as the Chinese have.

The PLA’s keen interest is reflected in strategic writings and research that argue that advances in biology are contributing to changing the form or character of conflict. For example, in 2010’s War for Biological Dominance, Col Guo Jiwei, a professor with the Third Military Medical University, emphasizes the impact of biology on future warfare. In 2015, then-president of the Academy of Military Medical Sciences Major General He Fuchu argued that biotechnology would become the new “strategic commanding heights” of national defence, from biomaterials to “brain control” weapons

While the Academy of Military Science (AMS) had once been the sole preserve of uniformed personnel, its new quota for recruiting civilian personnel into its National Innovation Institute of Defence Technology (NIIDT) represents a five-fold increase since 2019. The recruitment of civilians into scientific research by China’s military is part of a broader national effort to boost civil–military innovation seen in the backdrop of the COVID 19 pandemic. AMS’ partnerships with industry have accelerated since the onset of COVID-19.

Wuhan Institute of Virology (WIV) “The aircraft carrier of virology”

The establishment of the WIV is linked to severe acute respiratory syndrome (SARS), a highly contagious virus, which originated in China in 2002-2003.

In 2003 the powerful Chinese Academy of Sciences announced in Paris that it wanted to acquire class 4 Pathogen (P4) laboratory which could harbour the most dangerous viruses (Ebola, coronavirus, and H5N1etc). France operated the P4 Jean Mérieux, the largest such lab in Europe. The request from Beijing was however flagged by its intelligence services, suspecting Beijing will divert it to develop biological weapons. After a meticulous investigation by the General Secretariat for Defence (the ex SGDSN), the Prime Minister, Jean-Pierre Raffarin, who had visited China in April 2003 during the SARS epidemic, announced that France will help China build its P4 but under certain conditions which aim to guarantee that Beijing will not use this future equipment for offensive purposes. The Directorate General for External Security (DGSE), raised, among other things, the fact that, while the Lyon architectural firm RTV was chosen to manage the P4, the Chinese Ministry of Research, appointed in 2005 the local company IPPR Engineering International to build the laboratory. The firm depended on an organization, the China National Equipment of Machinery Corporation (CNEMC), which would be controlled by the People’s Liberation Army.

The project, took more than fifteen years to hatch as China repeatedly broke its word, a certain vagueness surrounding its action indicating an offensive biological program.

In 2004, this P4 was inaugurated although “The Quai d’Orsay (The French Ministry of Foreign Affairs), was convinced that the Chinese, were seeking to develop a research program on biological weapons,” recalls Gérard Araud, director of strategic affairs at the Ministry of Foreign Affairs between 2000 and 2003. “It was very difficult to ensure that P4 would not contribute, in one way or another, to such a program. “

When the COVID virus struck, which many believed to have originated here France’s position as a preferred partner for Chinese scientists did not help Paris understand or prepare for the epidemic.

Since the beginning of the Covid-19 pandemic, the question of where the coronavirus came from has been one of the biggest puzzles. But the lack of clarity around how the virus passed on to human beings has meant that alternative theories, including the one that it escaped from a laboratory in China, persist.

All comparisons to the Covid 19 (SARSCoV2) viral genome indicate maximum similarity to the viruses SLCoVZC45 and -CoVZXC21 studied by the researchers affiliated with the Chinese military (Youjun Feng ,Weilong Tan ,Changjun Wang Department of Epidemiology, College of Preventive Medicine, Third Military Medical University, Chongqing 400038, China , Department of Epidemiology, Research Institute for Medicine of Nanjing Command, Nanjing 210002, China) and their ace scientist Shi Zhengli (viruses BtCoV/4991 and RaTG13). China investigators affiliated with the military found that SL-CoV strain ZC45 was able to infect and cause disease in suckling rats. Lungs brain liver and intestines were affected similar to organ tropism of the COVID 19 in humans. The 100% similarity of the E proteins of RaTG13, SARSCoV2 and the military viruses SLCoVZC45 and -CoVZXC21 are noteworthy and not easily explainable.

The first research papers on the origins of the virus found the SARS CoV2 closest to the military discovered ZC45 and ZXC21 virus with approximately, 95% amino acid sequences.

It is also alleged that Chinese and foreign athletes who participated in the World Military Games in Wuhan in the month of October 2019 developed atypical pneumonia like symptoms.

Dr Chen Wei, called the Wolf Warrior is a Major General in the People’s Liberation Army and the virologist who leads the Institute of Bioengineering at the Academy of Military Medical Sciences and many believe is presumably the head of biological warfare division. She is credited for developing a nasal spray against severe acute respiratory syndrome (SARS) in 2003 and making significant contributions to treating Ebola during the 2014-16 outbreaks and is the recipient of the title of “People’s Hero”

On 25 January China dispatched hundreds of military medics to Wuhan coronavirus front line. Three military transport aircraft, carrying doctors, nurses and medical supplies of masks and medicines from Shanghai, Chongqing and Xian, landed at Wuhan according to the Ministry of National Defence. People’s Liberation Army Maj. Gen. Chen Wei, took over the response to the epidemic. There were reports that she took over the supervision of the WIV. The state-run Pengbai news outlet reported the news on Jan. 31, describing the general as “our nation’s ultimate expert” in biological and chemical weapon defences. Described as “a goddess of war,” Major Chen Wei took over the P4 laboratory of the WIV to, officially, develop a vaccine against COVID 19 as soon as possible. The CCP leadership could have otherwise sent a plenipotentiary emissary to carry out an investigation. Did the country’s leaders also believe in a “leak” in one of the Wuhan laboratories?

Suddenly the WIV “the aircraft carrier of virology” which lay dormant at the beginning of the outbreak had become active. All this has to be seen in the backdrop of Chinese military researchers doing research on novel coronaviruses and developing mice models for infectivity.

Major General Chen Wei led the team that developed the vaccine, called Ad5-nCoV, for initial use in military personnel, before large-scale testing to prove its efficacy.She was aided by collaborators from government agencies, universities and the Tianjin-based pharmaceutical company CanSino Biologics. In July, the team became one of the first in the world to publish results in the reputed journal Lancet that showed a coronavirus vaccine to be safe and capable of eliciting an immune response. Similarly, the NIIDT is consorting with Beijing Chieftain, a private-sector firm, to develop medical equipment.The Academy of Military Medical Sciences helped develop the Ad5-nCoV vaccine under the tutelage of the Academy of Military Sciences. PLA has also taken celebrated role in regulating the pandemic in China, and assisted with pandemic response in a number of countries to make use of the the crisis from a PR perspective and will use the vaccine to advance new strategic links overseas. PLA medics also assisted the authorities in Pakistan, Iran, Iraq, Italy and closer home in Vietnam, Laos, Myanmar, and Cambodia. The PLA-developed vaccine could add an additional geopolitical influence worldwide

While the institute (WIV) and its prime researcher Shi Zhengli and their military affiliated researchers gave warnings on coronaviruses visualising the potential pandemic, they were unusually and suspiciously slow on the identity of the virus once their prediction turned true.It was surprisingly quick on the commercial side of the treatment. This raises serious doubts that the controversial gain of function experiments they conducted on the coronaviruses in China.

The military’s role helped ease the worst effects of the viral outbreak specifically in the Wuhan epicenter by viciously enforcing the lockdown with its extensive expertise in biological and chemical warfare. Wuhan is a technological centre, and a defense and aerospace hub, catering to the aerospace, shipbuilding and biotechnology sectors, vital for satellites, missiles and space launchers.

A self created crisis was turned into an opportunity. Chinese Communist Party seems to have internalized this dictum by allowing its military to make creeping gains while the rest of the world remains busy in managing the life and death of its populace. The pandemic provided an opportunity to the PLA and the CCP in flexing its muscle by using the tragedy worldwide to their advantage for “propaganda purposes”. The economic gains from medical exports, the production of which was secretly enhanced before the world was aware of the impending crisis cannot be overlooked.

The above observations when read in conjunction ring a warning bell. The Chinese ambition of weaponizing biotech, the civil military fusion policy in the domain of biological sciences, the role of the PLA affiliated institutes in conducting gain of function research on viruses, the close similarity of the Covid virus to the ones researched by its army, the quick entry of its army and Major General Chen Wei in Wuhan and taking over of the Wuhan institute of Virology , the quick control over the virus and development of a vaccine in China while the world still struggles with it , point towards an act of an “opportunistic bioterrorism”.

One thought on “Covid 19: The Chinese Military and Maj Gen Chen Wei”